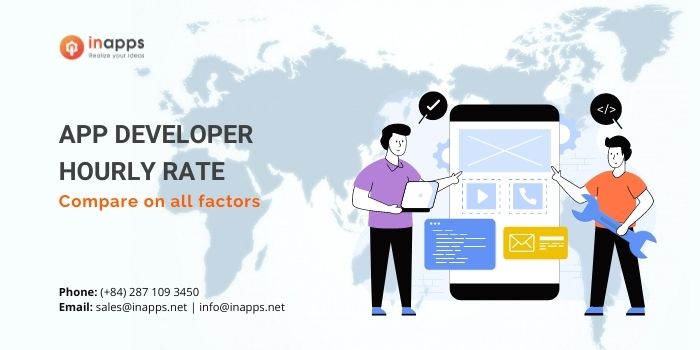 The hourly rate is one of the most important decision factors when hiring a developer. It varies on location, technology stack, skill level, programming language, etc. So how much do app developers make per hour?

You always want to find a cheaper option without sacrificing quality, no matter your budget. This is especially true in a high-cost service industry like IT. Developer hourly rates can range from $10 to $100. Is this to say that a $100 developer is preferable to you? Or should you go with something in the middle, such as a $50 developer?

This is a difficult question to give a direct answer to. The decision is entirely up to you and your requirements. That is precisely what we will discuss in this article. Let’s dig deeper!

How to calculate the hourly rate for a developer

To calculate this, multiply the number of hours worked every day (8 hours for a full-time employee) by the total number of working days per year (250 days in 2021). Then divide that number by the annual wage.

Although there are dozens of factors that influence a mobile app developer’s income and hourly rates, we’ll focus on the 5 most important ones in this article:

Of course, there are other factors to consider, such as the project’s complexity or the sort of app produced. We’ll discuss them as well to help you grasp the big picture. Let’s start with the most critical aspect affecting an app developer’s hourly rate: the developer’s location.

The location mainly determines app developer costs. A developer in the United States, for example, could cost ten times as much as one in Vietnam. The price range is so vast because of the global economy’s inhomogeneity. Neighboring countries belonging to a single economic area are similar in pricing policies. Here are the world’s foremost software development regions. 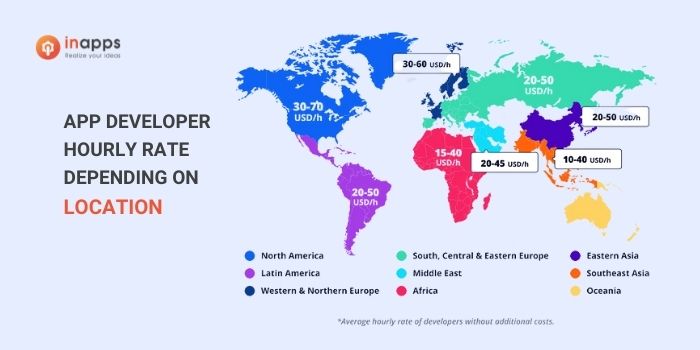 USA and Canada are the key countries in this region.

Developers in the United States are, as expected, the most expensive in the region and, in the long run, one of the world’s most expensive. Canada has a little lower rate, but it is still relatively high due to its established economy and close relations with the US. 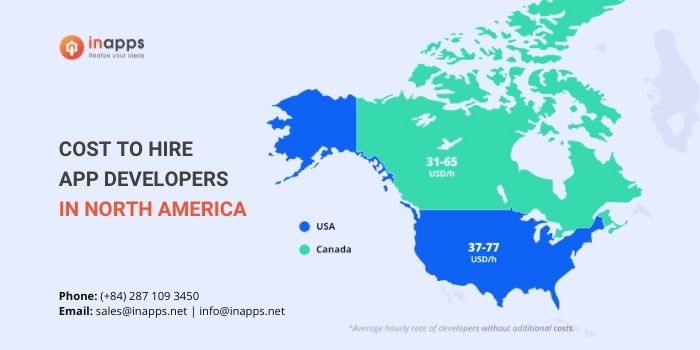 In Latin America, the cost of employing app developers is generally consistent. Mexico stands out a little bit due to its proximity to the United States. 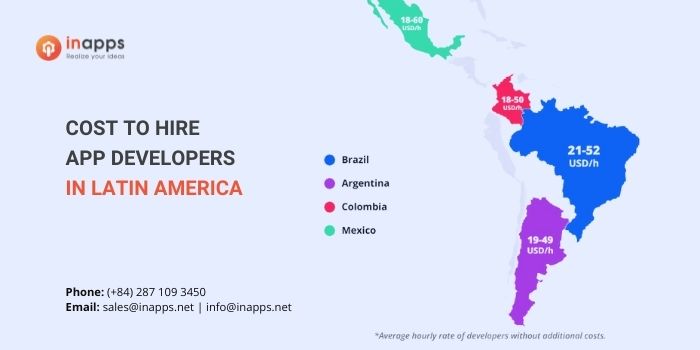 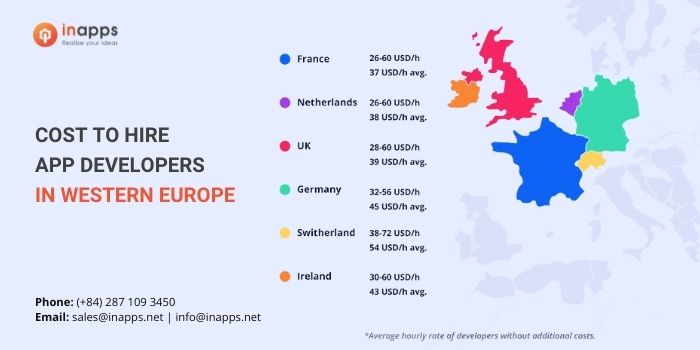 Key countries in the region are Belarus, Ukraine, and Russia. 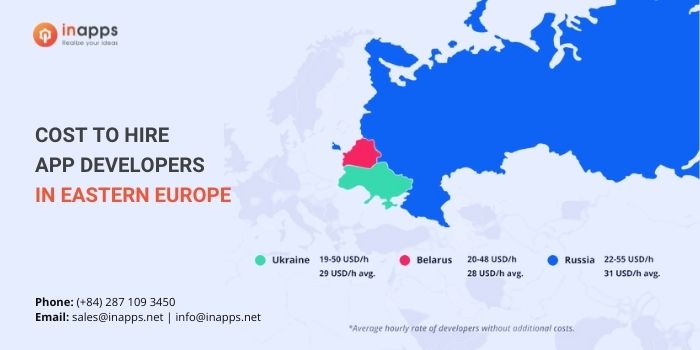 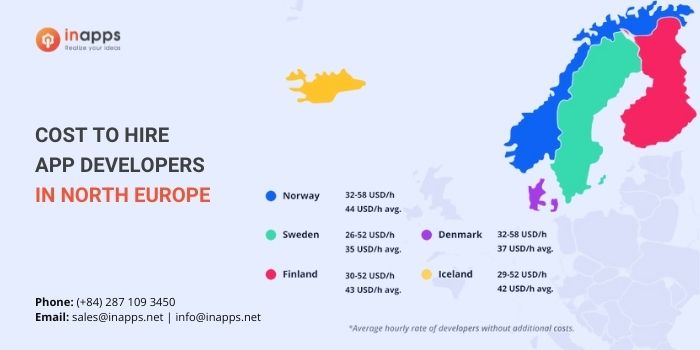 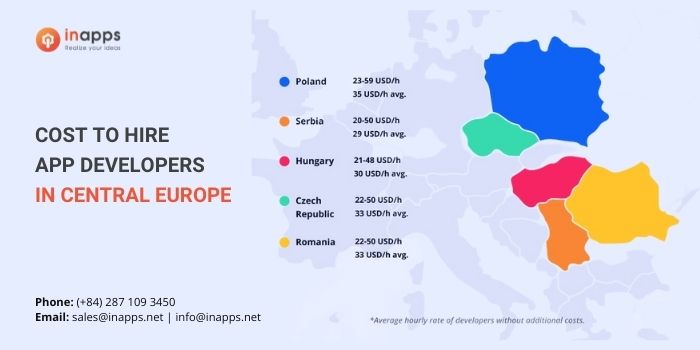 Key countries are Egypt, Tunisia, and Morocco. The app developer cost in Africa is much lower than in Europe. 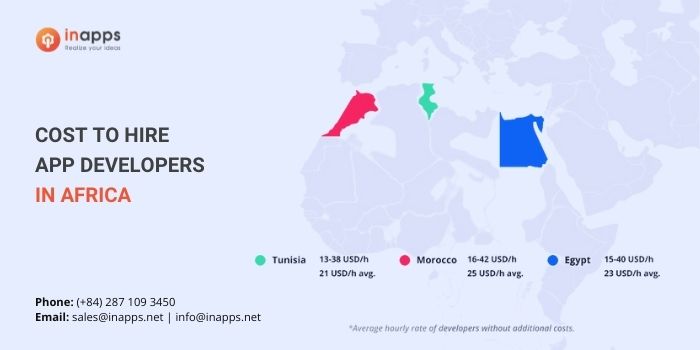 Key countries are India, the Philippines, Bangladesh, Vietnam, and Singapore. Southeast Asia has the lowest cost of employing app developers in the world. 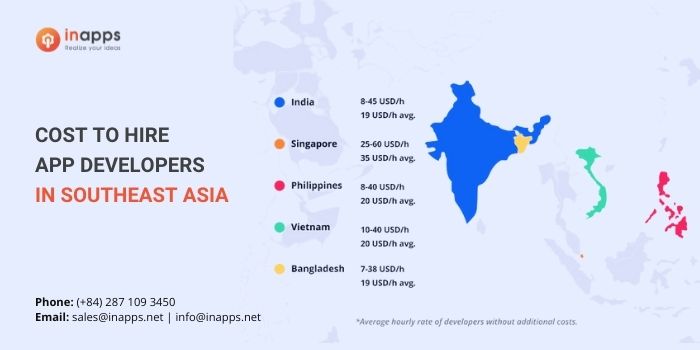 Key countries are China, Japan, and South Korea. Eastern Asia has higher prices than that its southern neighbors. 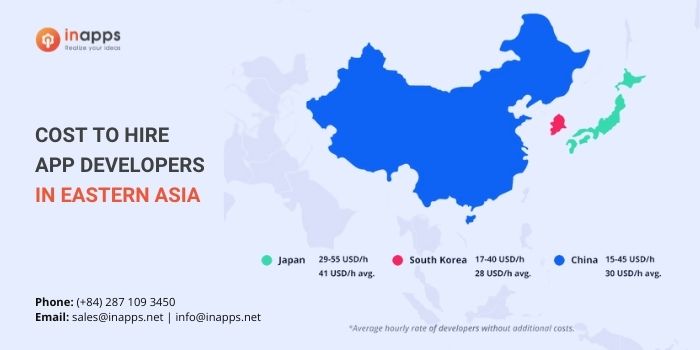 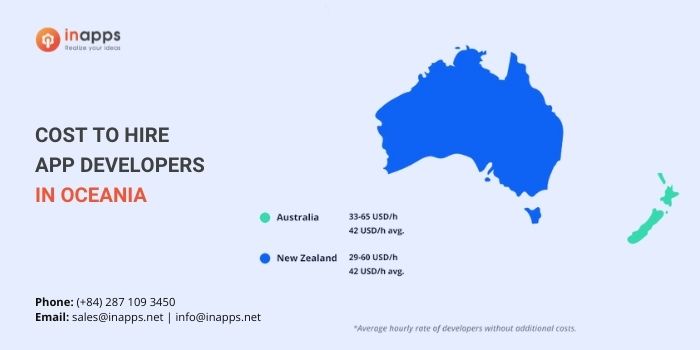 Learn more: Which country is the best place for software outsourcing?

App developer hourly rate depending on the languages and technologies

Of course, the languages and technology that app developers have expertise in the impact their market worth. You’ll have to pay your potential employee more if these elements are more current, sophisticated, and frequently used.

Take a look at the picture below: 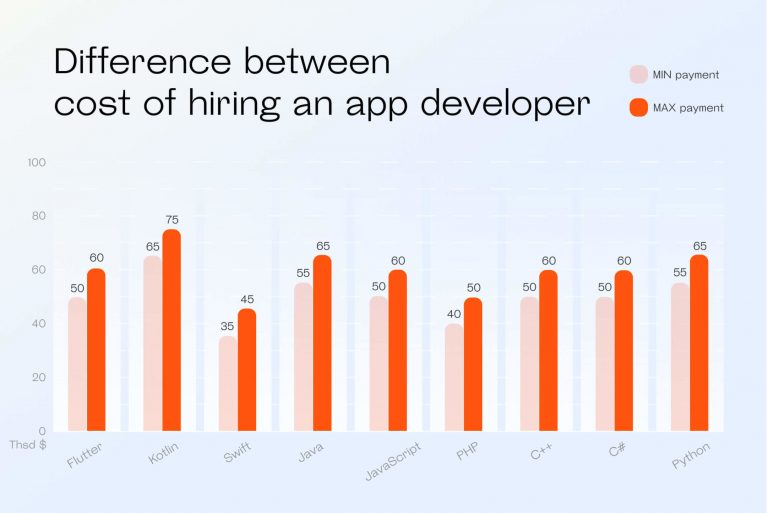 As you can see, the difference can be significant: people with the same amount of experience, living in the same nation, but developing apps in different languages can earn anywhere from $35,000 to $75,000 per year.

However, keep in mind that location matters; whereas an Android app developer’s annual salary in the United States might be as high as $137,000, it can be as low as $10,000 in Vietnam.

App developer hourly rate depending on their skills

You may have noticed that persons with comparable backgrounds and working in similar roles can earn vastly different amounts of money. What causes this? Now we’ll look at another crucial factor: an app developer’s abilities. Some hard skills are unique to iOS and Android app developers, and some soft abilities are standard.

The following are the hard skills that will determine an iOS developer’s salary:

The hard skills required of an Android developer are similar:

When it comes to soft skills, there are a few that employers value the most, such as teamwork, resourcefulness and innovation, critical thinking, and strong time management.

Of course, it’s hard to predict which abilities will “cost” more or which will be more desirable to a specific business. On the other hand, App developers can be confident that the more of these talents they have, the better the hourly rate they can expect.

App developer hourly rate depending on the experience and level

When you consider how much it would cost to hire an app developer, there’s one additional item to consider: which hiring method to choose. 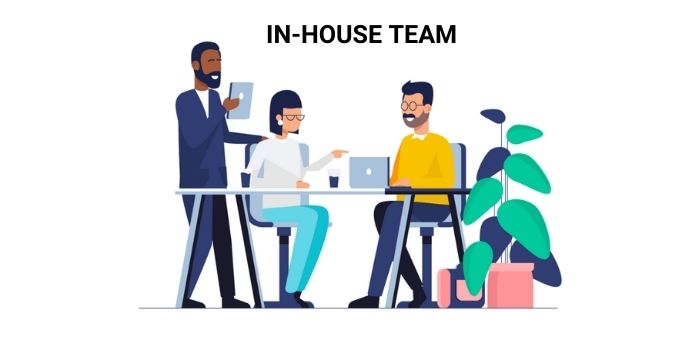 The first option is the most expensive and is only appropriate for businesses that regularly develop mobile apps. In this situation, you’ll need your app development team of four to six employees, each of whom will be paid an average of more than $70,000 per year (for a total of at least $280,000). 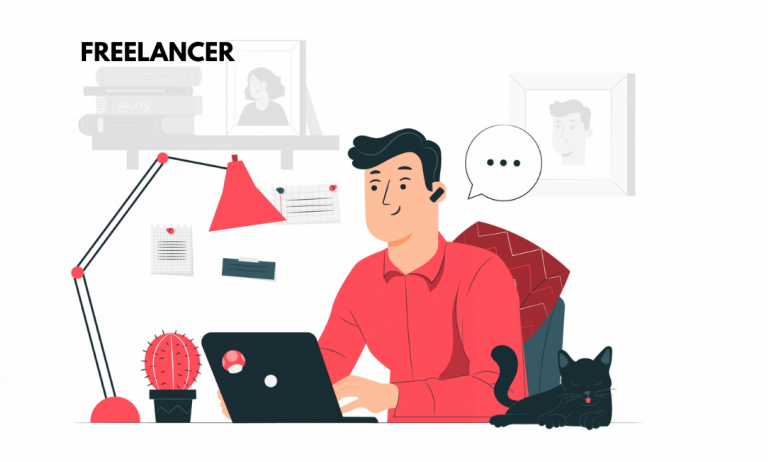 This is the most cost-effective alternative for an employer because you will only be paying hourly rates to your staff. In this instance, you avoid all costs associated with insurance, pensions, paid time off, and so on. On the other hand, this form of collaboration is best suited to small or simple projects. Otherwise, the number of communication issues you’ll confront, as well as a lack of skilled and cohesive staff, will be too much for you to handle. 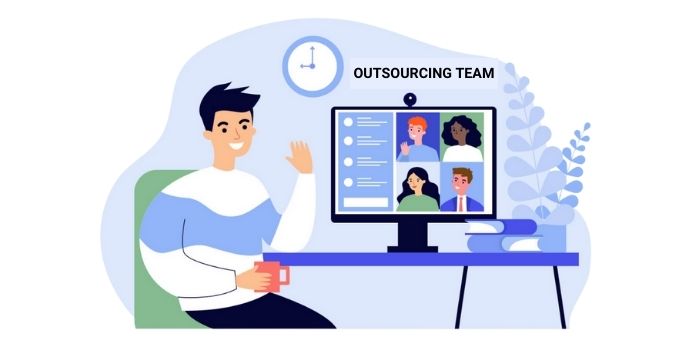 Remote work has grown in popularity in recent years, notably since the introduction of Covid-19. As a result, you are not limited to selecting developers from your region. The idea of employing a professional offshore team of developers, rather than an individual app developer, to build an app for you for a predetermined price and with no additional costs appears to be a good compromise. This is why:

Read more: The facts you haven’t known before about Offshore Software Development

1. Which region to choose to save money and not lose in quality?

The Vietnamese IT outsourcing market is still in its early stages, but it is rapidly expanding: Vietnam has already surpassed Japan as the country’s second-largest IT outsourcing partner. By 2020, TopDev, a famous IT recruitment platform in Vietnam, expects to have 300,000 developer profiles registered.

Vietnam ranks fifth in the GSLI due to its meager labor rates, which compete with India’s, and favorable IT tax regulations. English skills vary, but if you’re willing to put in the effort, you’ll find a vendor whose communication level corresponds to your requirements.

The average developer salaries in Vietnam are approximately 85% lower than those in the United States, resulting in significant savings on your part.

During COVID-19, Vietnam is also one of the Safest Countries.

2. What to look for when choosing an app developer depending on programming languages?

Again, budgets do not always allow you to choose the best option. If this is the case for you, you need to ask yourself a few questions:

After answering these questions, you can make up a pool of languages that, in theory, could suit you. If this causes difficulties, we can select the optimal technology for your project for free.

The Cost of Hiring an App Developer: Wrapping Up

Hiring a software development team for your project might be a difficult undertaking. This is especially true if you are situated in the US or Western Europe and are seeking tech talent in your region. It may take you a long time to find ideal people at reasonable pricing.

You may, however, engage an offshore programming team to expedite the process and minimize unanticipated costs. If you are new to hiring remotely, offshore software development rates by country can be a factor to consider.

The good news is — we have solved this issue at InApps.

If you want to build a professional offshore software development team in Vietnam, look no further than InApps Technology! We’re proud to rank by Clutch as:

We provide offshore software development services to help clients increase their software development capacity and efficiently turn their ideas into working products. A dedicated Development Team of experienced engineers is to design and develop high-quality technical solutions of any level of complexity.

Our offshore software development rates are from $2,800 to $4,000 per month depends on the position that you need.

Reliability is one of the elements to make the best decision! Hence, we shall show you our reputation via Our Case Studies.

Reach out today, and we’ll be happy to provide you with more insights into the management of outsourced development. 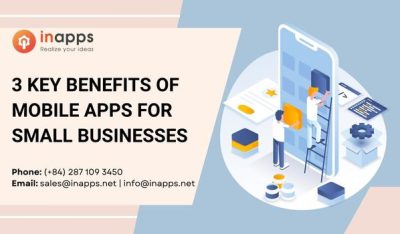 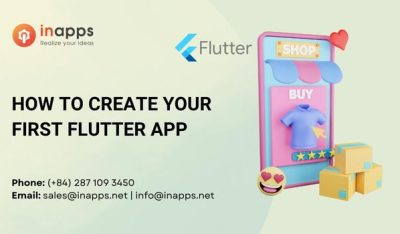 How to build an app with Flutter 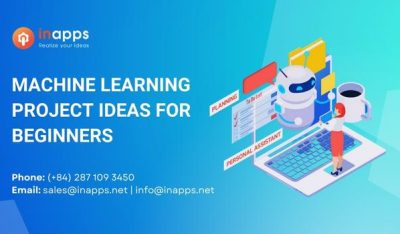 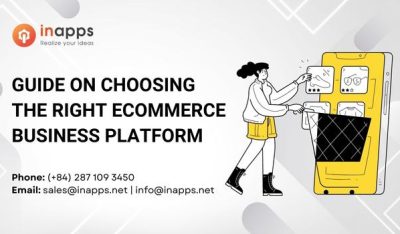 How to choose the right ecommerce platform 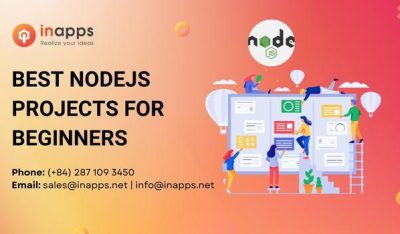 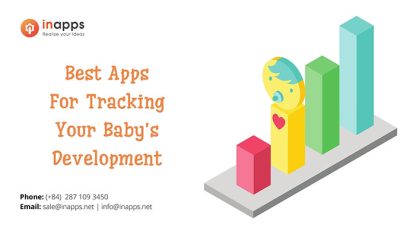 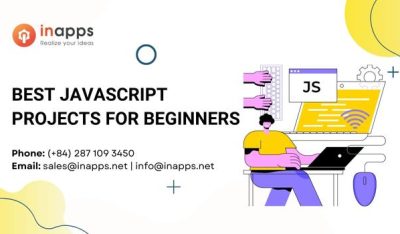 We all know that digital currencies have aroused the interest of institutional investors and individuals lately. Cryptocurrencies and Bitcoin have grown to fame as a fresh asset…