At the plenary session on 12-2 in Strasbourg (France), the European Parliament (EP) voted through a free trade agreement between the European Union (EU) and Vietnam, also known as EVFTA agreement.

MP Daniel Caspary – EP member – wrote on Twitter in the afternoon of February 12 that EP voted through EVFTA and EVIPA with screenshots of the votes. This MP affirmed that EVFTA will basically play an important role in EU-Vietnam relations in terms of economy, politics, society, and culture.

Immediately after news of the European Parliament’s approval of EVFTA, the Ministry of Industry and Trade held a press conference about the event on the evening of February 12.

At the press conference, Mr. Tran Tuan Anh – Minister of Industry and Trade – said the European Parliament passed the Vietnam – EU Free Trade Agreement (EVFTA) and the Investment Protection Agreement (IPA), with overwhelming votes, reaching 63.33%. This is a good and meaningful result for Vietnam and the European Union, two strategic and comprehensive partners have implemented negotiations to sign the two agreements.

“With the adoption in the European Parliament, the relationship between Vietnam and the EU is increasingly comprehensive, which is a highlight that the two countries are looking to the future, with multilateral relations, which make sense when Trade protection and populism are fierce. The European Union also highly appreciates Vietnamese partners, comprehensive and reliable within Southeast Asia and the global region “- Mr. Tuan Anh emphasized.

The EVFTA is considered a lever for growth, opening a great opportunity to penetrate a market with a GDP of 18 trillion USD.

For Vietnamese exports, as soon as the Agreement comes into effect, the EU will eliminate import duties on about 85.6% of tariff lines, equivalent to 70.3% of Vietnam’s exports to the EU.

After 7 years from the date of entry into force of the agreement, the EU will eliminate import duties on 99.2% of tariff lines, equivalent to 99.7% of Vietnam’s exports. For the remaining 0.3% of exports, the EU commits to giving Vietnam a tariff quota with an import duty of 0%.

Thus, it can be said that nearly 100% of Vietnam’s exports to the EU will be eliminated import tax after a short journey. So far, this is the highest level of commitment a partner gives us in the signed FTAs. This benefit is especially meaningful when the EU is continuously one of the two largest export markets in our country today.

For EU exports, Vietnam committed to eliminating tariffs as soon as the Agreement comes into effect with 48.5% of tariff lines (accounting for 64.5% of import turnover). Subsequently, after 7 years, 91.8% of tariff lines equivalent to 97.1% of EU exports were removed from Vietnam by import taxes.

After 10 years, the tariff elimination rate is about 98.3% of the tariff lines (accounting for 99.8% of import turnover). For about 1.7% of the remaining EU tariff lines, we apply the roadmap to eliminate import duties longer than 10 years or apply tariff quotas in accordance with WTO commitments.

Opportunity for software outsourcing in Vietnam

Vietnam has policies to support the development of software companies, such as income tax exemption for four years, incentives in personal income tax for software developers and value-added tax (VAT) for software products.

In the last three years, a wave of shifting software outsourcing services from the two big centers of the world, China and India, to ASEAN countries has helped Vietnam’s software export market and IT services reached a growth rate of 15-25 percent per year.

By 2020, Vietnam targets to enter the top 10 suppliers of software outsourcing and digital content in the world with around one million workers in the field of information and technology.

We are the Top 10 Application Development Outsourcing Company in Vietnam. At InApps, we house a pool of smart and brilliant dedicated developers whom you can hire to get your job done as per your requirement, budget, and timeline. Hire the team from InApps right now and get satisfactory end results at affordable prices.

Here are some of the top reasons to hire InApps Technology developers:

Learn more about us here: https://www.inapps.net/why-inapps-contact-us-now/ 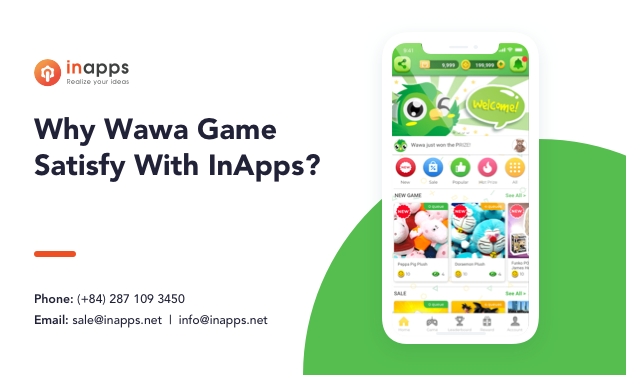 Why Wawa Game Satisfy With InApps?

Wawa is one of the most famous game brand in Indonesia. With the idea is to bring arcade game to mobile… 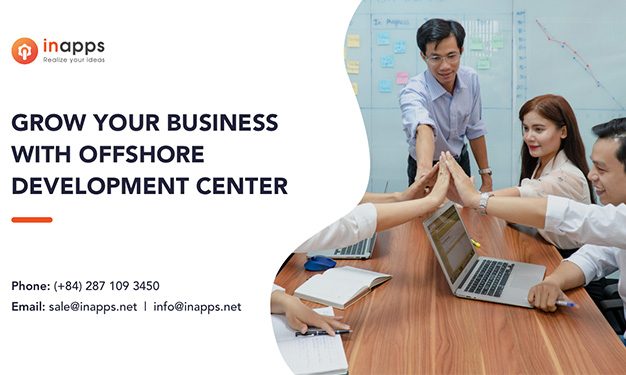 Are you still wondering about the Cost? Quality? Process? and How to reduce the cost of the development team for…

In the first months of 2020, the outbreak of COVID-19 has affected many countries, including Vietnam. The government and the…