[Network Effect] Your Source Of Advantages 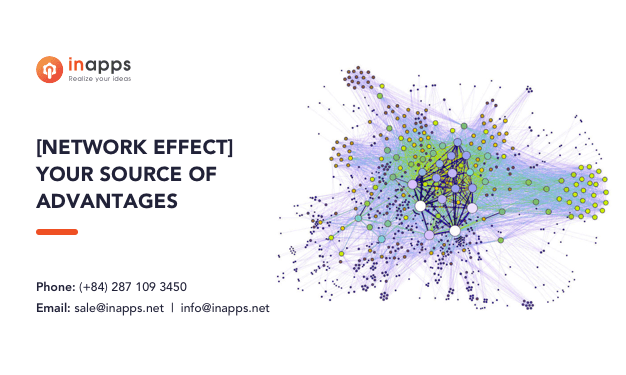 I don’t call it competitive advantages because there is no competition (in the long-term) between the platform which owns the network effects and those which fail to. Apple, Microsoft, Google, Amazon, Alibaba, Facebook, Tencent are all together valued more than $6.300.000.000.000.

Remember those giants once started as an MVP, and those MVPs (minimum viable product) were built with a network effect-oriented mindset.

So what is the network effect?

Academically, network effect – network externality is defined as “the value of (a) membership to one user (which) is positively affected when another user joins and enlarges the network”. The more users are on board, the more benefits the users can get from the platform.

There are 2 types of network effects: same-side or cross-side (you can also call direct and indirect)

The same-side network effect is related to the value of a network increases when more users join the network.

Think about a telephone network.

We usually make a joke that “the best salesman in the world is the one who sold the first telephone”. Guess why?

Because it is useless to own a telephone when there is no other phone to call.

Same-side network effect lies in all social networking sites like Facebook, Twitter, Whatsapp,  … If the more users join the network, the funnier, more interesting, more connects the users will enjoy.

Now, another type of call cross-side network effect, which is referred to as the value of one user group will increase because of the increasing number of other user groups. You will see eBay, Google, Amazon, Uber, Airbnb looked to create this type when they started their businesses.

Look! In the beginning, Google has 2 user groups, the searchers, and the web owners. The more webs Google can index, the better the results searchers can have. The more searchers use Google to find what they want, the more popular websites can be when joining Google.

Why network effects are so important –> click here to see

Among those types, which is harder to build?

Chicken-eggs problem is what made the cross-side one more difficult to create.