New Relic has combined its observability tool and product portfolio into what company describes as a single platform.

In addition to foregoing a commonly used business model of commercializing separate tools and plugins, New Relic is combining different offerings under a single umbrella, while also streamlining its pricing structure. It now mainly charges customers on a per-seat model, for example, instead of pricing different tools separately.

“As of today, there is no more APM, per se by itself, as a product available for the New Relic,” Buddy Brewer, New Relic general vice president of strategy and full-stack observability, told InApps. 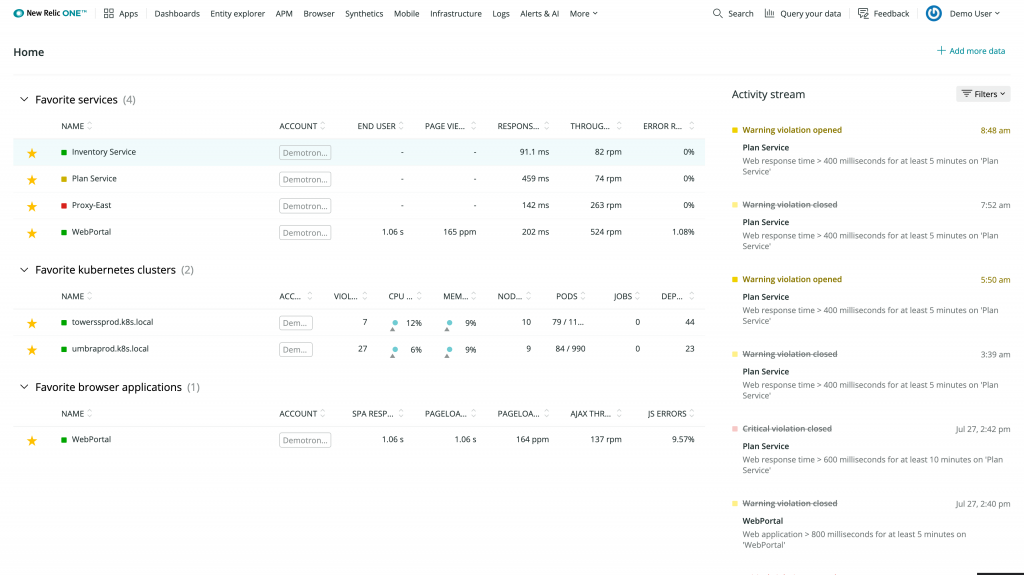 The idea is to offer organizations an observability platform that is not composed of different components that must be managed — and paid for — separately. This means DevOps teams members should ideally not have to monitor different panels and interfaces to access the New Relic One platform consisting of a telemetry data platform, observability and applied intelligence.

The goal has been to offer an alternative to forcing organizations to purchase different components that “make up a modern application,” Brewer said.

“Folks typically buy from different places for telemetry, VPN services and applications data and so they’re all accessing different databases — it’s difficult to link all of that stuff together,” Brewer said. “What we wanted to do is provide a simple, easy unified solution that allows people to come in and diagnose across every element of the stack, in a way that’s simple to install, instrument and operate.” 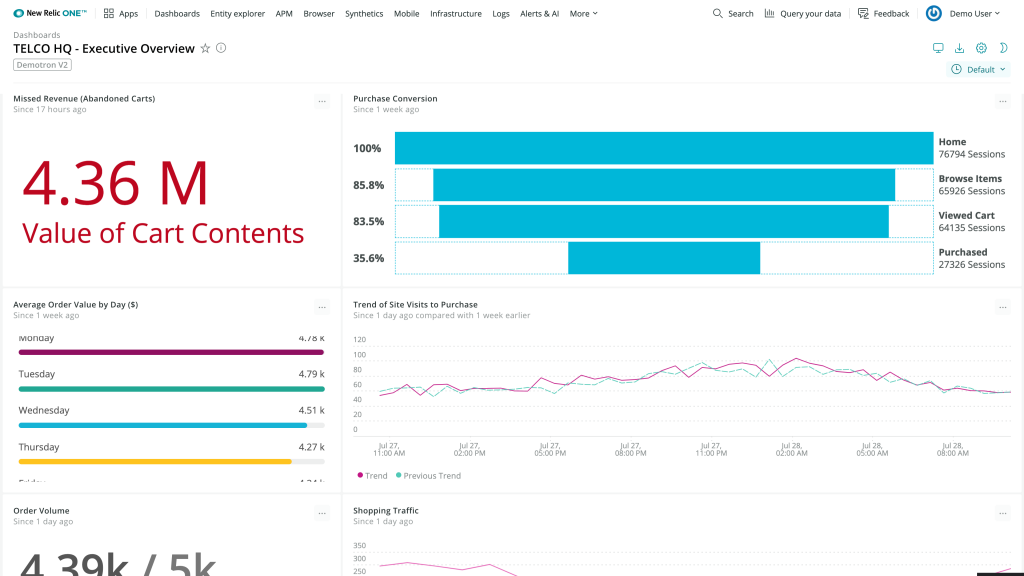 For pricing, its observability platform’s starting price is $99 per user per month, while the telemetry data platform is priced at $0.25 per GB of ingest and its applied-Intelligence capabilities are billed per transaction or event.

On a practical level, an operations team member might typically rely on a range of different observability sources to diagnose a user reported problem. An organization might, for example, rely on a range of components to monitor user data and attempt to diagnose issues in a Docker container or Lambda function while reviewing different logging feeds and other data.

“Let’s say you run into a Docker container issue,” Brewer said. “To solve this, you typically had to license many products and solutions to have that visibility… What we are providing is a single piece that you buy so you have access to that across the whole stack.”

New Relic’s stated goal of “reimaging itself as a company” is part of its move to realign itself with the shift by organization away from the traditional data center model. As organizations shift operations and deploy applications in cloud native and multicloud environments, they are often selecting from hundreds of open source tools that are available to make the shift.

After open sourcing many of its agents in its product catalog last week, New Relic’s perceived need to realign its tools on offer is intended to help solve the problem of organizations having to buy many products from a single vendor, creating a “tremendous amount of complexity,” Brewer said.

“We’ve all done the same thing: layered in incremental solutions to address different things, and with each of those incremental solutions comes in different pricing, contracts, etc. — all of that stuff,” Brewer said. “That’s been one of the trends that we’ve seen, creating the imperative for us to do this in response to what we’ve learned from our customers: it’s 2020 and they find themselves in a situation that’s been going on for a while and timing-wise now is this tipping point.”

New Relic is a sponsor of InApps.