After a lifetime of ground-breaking mathematics, famed mathematician John Horton Conway, who passed away in April, still grappled with the worry about what he’d be best remembered for — an idea for a simple game that took on a surprising resonance for many. That game, “Life,” mimicked how an artificial lifeform, in this case, a simple set of blocks or cells on a computer screen, could reproduce, multiple or die out, all according to a surprisingly small set of initial “genetic” rules.

When he submitted it to Scientific American, in the letters section, the magazine hailed it as “a fantastic solitaire pastime,” gushing that “You will find the population constantly undergoing unusual, sometimes beautiful and always unexpected change…. Patterns with no initial symmetry tend to become symmetrical. Once this happens the symmetry cannot be lost, although it may increase in richness.”

Conway’s status as the creator of this open-ended logic puzzle “Life” almost dares the question: how do you ultimately measure the impact of one’s life?

A Half-Century of Math

To the world of mathematics, Conway is remembered for many things: his explorations in finite groups, knot theory, number theory, combinatorial game theory and coding theory and, perhaps most notably a group “new group of numbers” called “surreal numbers” or just “surreals” that had significant repercussions in both group theory and number theory.

Read More:   Could Rust be the future of JavaScript Infrastructure?

“When he discovered them in 1970, the surreals had John wandering around in a white-hot daydream for weeks,” biographer Siobhan Roberts recalled recently in a profile in The New York Times, one to commemorate the 50 year anniversary of “Life.” 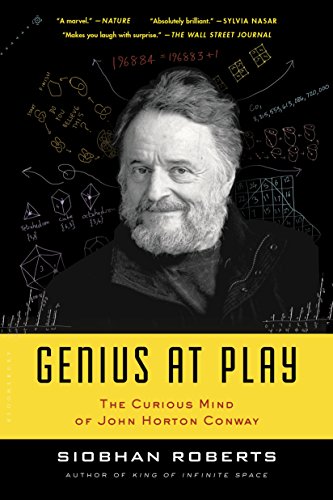 Five decades later the mathematician may still have been puzzling about what it all had amounted to. “His only regret, in this regard, is that he has not yet seen the surreals applied. The conventional wisdom, however, is that the surreals no doubt will find application; it is just a question of how and when,” Roberts noted.

A special year-end article in the New Yorker remembers that at least his work on the packing of spheres in twenty-four-dimensional space “would ultimately find applications in the creation of codes useful for communication between satellites and Earth.”

The Game of Life

Once introduced, “Life” quickly caught on with the programming crowd. Writing on the blog BoingBoing, tech journalist Clive Thompson remembered discovering it as a computer program published in an early-1980s computer magazine. “It fried my noodle,” he wrote this week on the blog BoingBoing. “I was accustomed to programs deterministically doing things you expected, but not deterministically doing things you didn’t.”

And last month Bert Chan, an artificial-life researcher and creator of the continuous cellular automaton “Lenia,” told Conway biographer Siobhan Roberts that “it did have a big impact on beginner programmers, like me in the 90s, giving them a sense of wonder and a kind of confidence that some easy-to-code math models can produce complex and beautiful results. It’s like a starter kit for future software engineers and hackers, together with Mandelbrot Set, Lorenz Attractor, et cetera.”

It wasn’t just studied for its mathematical patterns. As the decades rolled along, creatively-minded techies used the game as a stepping stone to new challenges. In 2017 data scientist/game designer Yifat Shaik adapted it into a kind of puzzle, challenging players to convert the configuration into only one kind of cell (with each cell-type represented by a different color) — implementing the whole game using macros in an Excel spreadsheet. And in 2019 Love Hultén, a Swedish audiovisual artist/craftsman adapted the game into an “EvoBoxx”, a device which lets users run cell configurations on a dedicated (and retro-looking) console.

Its Wikipedia entry notes there are even several programs that translate patterns created by the game into music.

Perhaps the most impressive feat was years in the making. In 2013 someone dared readers of StackExchange’s “Programming Puzzles & Code Golf” section to create an initial cell configuration that would ultimately allow the playing of a game of Tetris — and four years later, a solution appeared. Its creators said it took one and a half years of work by a seven-person core team, creating their own Game-of-Life version of the assembly programming language, and then also their own higher-level programming language.

A 2015 talk at Google begins with an appropriate quote from Roberts’ biography. “It terrifies him that his worst nightmare might come true, that his life will, in the end, be reduced to Life.”

As Conway explained to the YouTube show Numberphile, “I’ve done lots of other mathematical things. So I found the game of life was sort of overshadowing much more important things, and I did not like it. Now, well, I’m getting old. My capacity for hatred is getting less, I suppose. It was an achievement, and I am quite proud of it. I just don’t want to talk about it all the time.”

He shares a long explanation of its remarkable unpredictability – marveling that the outcomes just can’t be calculated in advance. “It doesn’t matter how clever you are. There’s no guaranteed way of telling.” And almost in that moment, Conway seems to arrive at some fondness for his creation. The interview ends with Conway suddenly saying, with a smile, “Okay, I don’t hate it.”

Roberts’ biography catches the same self-deprecating charm of the mathematician, possibly suggesting that the real-life lesson may be found in Conway himself — and the way he approached playfully applied his intellect to the endlessly-fascinating world around him. At Princeton University, where he taught, “Conway is rumpled, with an otherworldly mien, somewhere between The Hobbit’s Bilbo Baggins and Gandalf,” Roberts writes in his biography.

Roberts even adds at one point that “He’s ruminating, although he will insist he’s doing nothing, being lazy, playing games.”

But she’d also underscored that with a look back at a pivotal era in the life of young Conway. After one terrific year, in which he discovered both his ground-breaking “surreal” numbers as well as the famous “Conway group” of numbers — and invented the “Life” — Roberts remembers that Conway created a vow to assuage his concerns about whether his work habits were sufficiently productive for academia. “Thou shalt stop worrying and feeling guilty; thou shalt do whatever thou pleasest.”

And the New Yorker’s profile also sees a universality — but in the man himself rather than in his game. “In Conway’s Game of Life, chaos emerges from order. In reality, it’s generally the other way around: life is lived forward and understood backward, which is to say that the search for order in randomness is a very human endeavor.

“In that sense, we’re all mathematicians — pattern seekers and pattern creators at heart, from the search for meaning in our terrestrial wanderings to the imposition of constellational structures as we scan the night sky.”