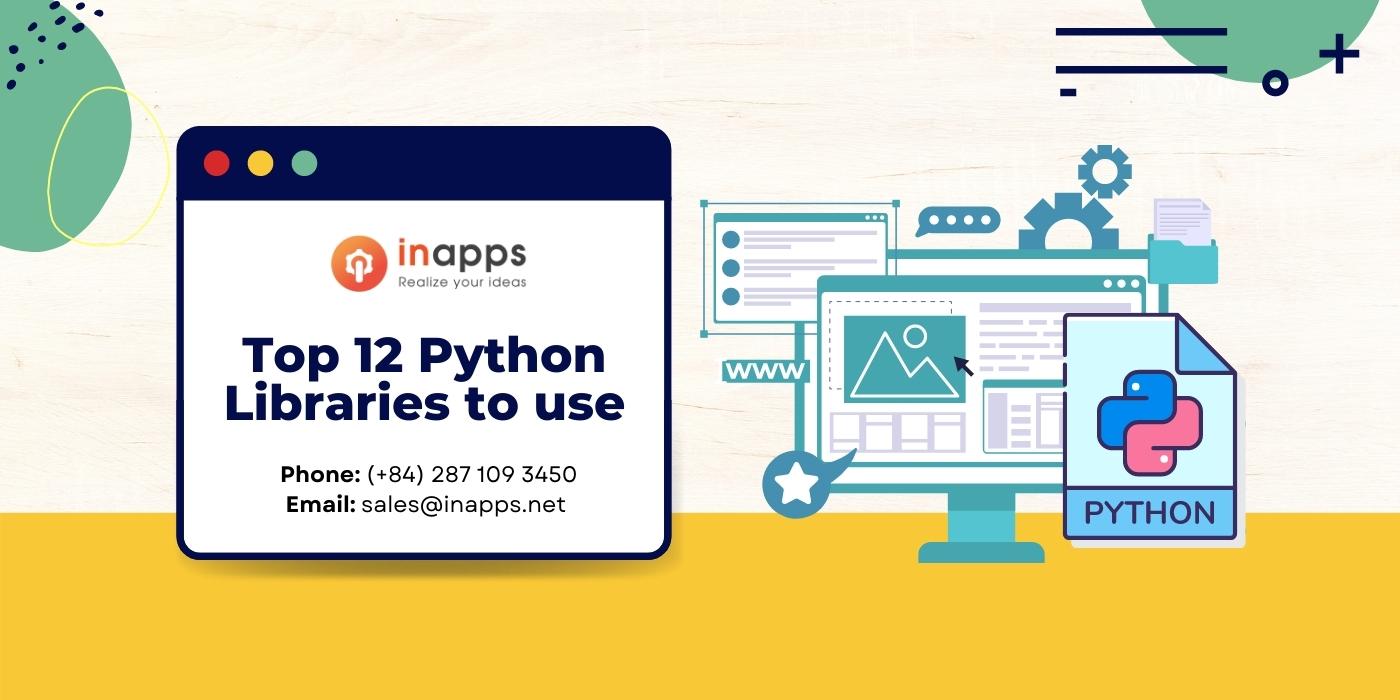 When talking about the data science world, Python is increasingly becoming a go-to language and is one of the key aspects hiring managers are searching for in the skill set of a data scientist.

It has repeatedly been ranking at the topmost position at the global data science surveys and its universal success just keeps growing!

Python offers us easy-to-code, object-oriented, high-level language means. And then we have numerous libraries for jobs like mathematics, data mining, data exploration, and visualization.

This blog will discuss the Top 12 Python Libraries that are doing wonders in 2022.

NumPy is among the most powerful scientific computation Python libraries and is used extensively for Machine Learning and Deep Learning apps. NumPy is short for NUMerical PYthon. Complex computational machine learning algorithms need multidimensional array operations. NumPy shows solutions for large objects with multidimensional arrays and different tools to function with them.

Dear PyGui uses what is really considered the immediate mode paradigm, made popular in video games. This effectively implies that the dynamic GUI is separately created frame by frame, without the existence of any data. This allows this tool to be radically different from other GUI frameworks for Python. It is highly efficient and uses the GPU of your computer to promote the building of highly complex interfaces, as many have needed in applications for engineering, simulations, games, or data science.

This is a Python library that is linked to NumPy and SciPy. Scikit-learn is known to be among the best libraries for dealing with complex data. In this library, there are a lot of modifications being made. The cross-validation function is one modification, offering the choice to use more than one metric. Few small changes have been made to many training approaches, such as logistics regression and nearest neighbors.

Keras is known as being one of Python’s finest machine learning libraries. It offers a simplified method for expressing neural networks. Keras also offers impressive utilities for compiling models, data-set analysis, graph visualization, and so much more.

Keras utilizes either Theano or TensorFlow internally within the backend. It is also possible to use some of the many common neural networks, including CNTK. When we contrast it with other machine learning libraries, Keras is relatively sluggish. Since, by using back-end infrastructure, it generates a computational graph and then uses it to perform tasks.

When it comes to scientific computing, SciPy (Scientific Python) is the go-to library that is used extensively in the realms of math, science, and engineering. It is similar to using a paid instrument called Matlab. As the manual states, SciPy offers many user-friendly and effective numerical routines such as numerical integration and optimization routines. It is built on the NumPy library.

Matplotlib is by far the most common library in the Python community for exploration and data visualization. This library is the foundation of every other library. It provides countless charts and customization, from histograms to scatter plots, to customize and configure your plots, matplotlib sets down various colors, themes, palettes, and other possibilities.

Whether you are doing data analysis for a machine learning project or producing a report for stakeholders, matplotlib is the most functional library.

Plotly is a visualization library that is free and open-source. Developers love this library because of its top quality, publication-ready and immersive charts. A few instances of the charts that are available are Boxplot, heatmaps, bubble charts. Built on top of the D3.js, HTML, and CSS visualization library, it is one of the greatest data visualization tools accessible. It is developed using the Django framework and Python.

Gradient Boosting is among the oldest and most effective library for machine learning, allowing programmers to use redefined elementary models and decision trees to create new algorithms. There are also unique libraries that are available to apply this approach easily and efficiently. LightGBM, XGBoost, and CatBoost are such libraries. All these libraries are competitions to each other that attempt to overcome a similar problem and can be used in virtually the same way.

In terms of machine learning and deep learning, TensorFlow, created by the Google Brain team, has picked up steam and became the most happening library. Back in 2015, TensorFlow had its very first public disclosure. At the moment, Caffe and Theano were consuming the emerging deep learning environment for programmers & researchers. TensorFlow drew considerable attention as the deep learning library in a short period of time.

TensorFlow is an end-to-end machine learning library that provides research group tools, databases, and resources to drive the state of the art in deep learning and business developers to create ML & DL driven applications.

Scalene is a Python script CPU and memory profiler equipped to handle multi-threaded code correctly and distinguishing between the time spent running Python versus native code. There’s no requirement to change your code as you can straight away execute your script from the scalene command line, and it will produce a text or HTML document for you, displaying CPU and memory use for each line of your code. 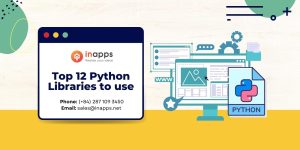 Python is among the most common languages used for Data science activities by both data scientists and programmers. It could be used to predict results, automate operations, streamline procedures, and provide insights into business intelligence.

Working with data in Vanilla Python is feasible, however, there are also a few open-source libraries that render Python data activities quite simpler. This list is by no means exhaustive! Several other tools that can be useful for data science work are offered by the Python community.

Several of these tools would be used by data scientists and programmers involved in data science projects using Python, as they are important for building high-performance ML models in Python.

Python has been in-demand for quite some time and developers have been loving working around the language. Hiring an expert Python Developer will make things easier for you and upgrade your project quality.

At InApps,  we provide Python developers with +5 years of experience and good English communication. They have joined the global projects from the US, UK, Europe, Singapore and Australia.

Just share with us your detailed requirements and we will bring you the most suitable candidates within 1 week. Our developers will be ready to enter your interview rounds and be your member right away.