The Hanoitimes – By 2020, Vietnam strives on becoming one of the top 10 suppliers of software outsourcing and digital content in the world, Prime Minister Nguyen Xuan Phuc said at the talk with chief executive officers of global leading IT groups on the sidelines of the WEF Annual Meeting in Davos, Switzerland, on January 19.

Pime Minister (PM) Nguyen Xuan Phuc had an open dialogue with chief executive officers of global leading information-technology (IT) groups on the sidelines of the annual meeting of the World Economic Forum (WEF) in Davos, Switzerland, on January 19. Speaking at the dialogue, the PM said information-technology is booming in Vietnam, especially in the fields of industry, agriculture, transport, healthcare and education.

The Government leader highlighted that Vietnam has been one of the highest growth information-technology and telecom markets in the world in the past ten years. PM Phuc noted that nearly 60 percent of the country’s population aged below 35 years could quickly access to new technologies, while over half of the population is using the internet. In 2016, Vietnam exported over 55 billion USD worth of mobile phones, computers, cameras, and accessories. The country was also listed among top 10 software outsourcing providers in Asia Pacific and top 30 in the global.

By 2020, Vietnam targets to enter the top 10 suppliers of software outsourcing and digital content in the world with around one million workers in the field of information and technology, he said. Vietnam will host the APEC Summit in 2017 following the theme “Creating new driving force for a common future”, he said, noting that promoting information-technology innovations will be one of the most important forces to enhance competitiveness in the digital era.

The PM also eased a number of concerns raised by global groups’ leaders Answering the question of Jim Baber, President the UPS International, PM Phuc stressed Vietnam has policy to open its sky and is ready to solve procedures for aviation businesses. Whether the Trans-Pacific Partnership (TPP) agreement is approved or not, Vietnam is still having tens of free trade agreements, including FTA with the European Union, and relevant pacts, he said Vietnam has continuously prosucuted its policy of trade liberalisation and customs reform, especially the application of e-customs, the PM said, adding that the country is one of the few nations in Asia to grant e-visa to foreign tourists. PM Phuc welcomed the proposal of Joe Kaeser, President and CEO of Siemens AG, on coordinating with Vietnamese agencies and organisations to build a training programme for Vietnamese students at the company. 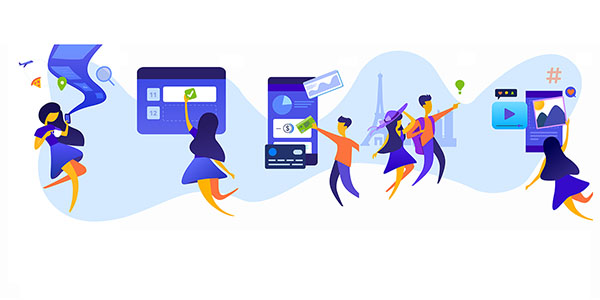 In 2019, Vietnamese leaders have successfully raised the digital transformation awareness of business leaders and there have been positive changes….

How is artificial intelligence used in life?

Artificial intelligence (AI) is encountered by most people from morning to night. Here are the 10 best examples of how…