What is Net used for? What Are the Pros and Cons of .NET?

In this article, we will take a deeper look at .NET, the .NET Framework, what is Net used for and what makes .NET technology so important. 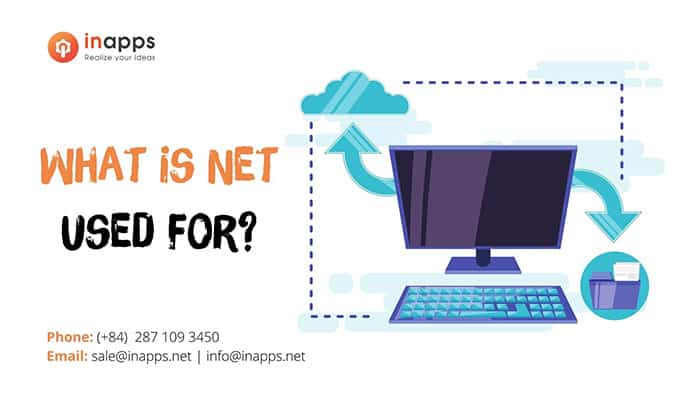 What is .net used for?

Microsoft .NET (previously known as .NET Core) is an open-source, cross-platform iteration of the previous .NET Framework released in 2016.

C#, Visual Basic, and F# are all programming languages that can be used to create .NET applications.  .NET applications can then be pushed to Windows, Linux, or macOS. Furthermore, .NET has a thriving developer community of thousands of people. With such a vibrant community, there is a vast library of resources for beginners and advanced users.

Many people mix up .NET and Microsoft Visual Studio, and Visual Basic. It’s easy to understand why.

To create applications, .NET and Visual Studio are used in tandem. As a result, a programmer’s first encounter with .NET may occur in the Visual Studio platform.

However, they are not the same thing. .NET is an application development tool used to create applications, but it also includes the ecosystem and infrastructure used to support those applications. 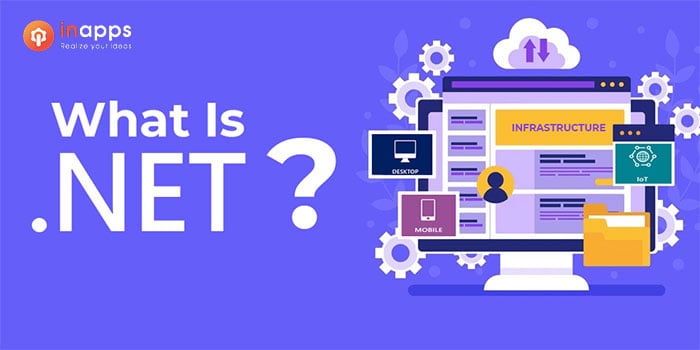 What is the definition of NET?

What is .NET Framework?

.NET was not always an open-source project. The .NET Framework was a closed-source solution. However, Microsoft has embraced a more open-source methodology and has opened up many of its platforms since then. The last proprietary version of .NET was the .NET Framework, which was released in 2019.

What is .Net Framework used for?

There is a massive ecosystem connected to .NET, which includes: 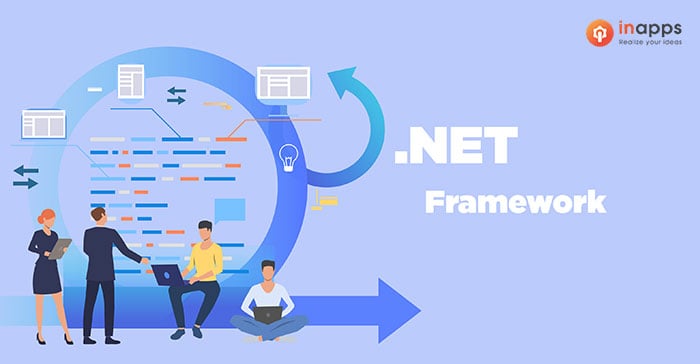 What does .NET Framework do?

Many developers consider .NET a compelling technology, especially since it is open-source. However, it is not to be confused with Visual Studio, even though it is the most visible component of the ecosystem. One significant difference is that Visual Studio supports more languages: HTML, CSS, JavaScript, PHP, and Python.

What is Net used for?

Because of its incredible breadth, .NET is in high demand across many industries. A good .NET programmer will be in tall order.

.NET, on the other hand, is merely a framework. To create a finished product with .NET, a developer must be familiar with one of the corresponding languages — C#, F#, or Visual Basic.

The following are some of the essential .Net applications

The software architecture of Net is layered. It aids in separating presentation, application processing, and data management functions. It is used in the development of agile applications. It also has the advantage of allowing you to add or edit layers without disrupting the entire application.

What Are the Pros and Cons of .NET? 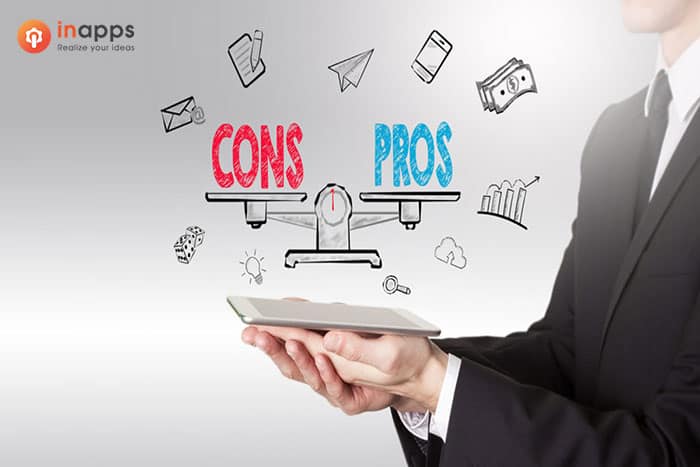 Analyze pros and cons of NET

Many developers make use of .NET. It’s easy to understand why. There are numerous advantages:

The IDE for Visual Studio

The Visual Studio IDE is a simple development environment that supports C#, F#, and Visual Basic. Developers will quickly identify syntax or grammar issues and compile their programs using the IDE.

.NET is a proper cross-platform solution because it can be developed for Windows, Linux, or macOS. When used for web apps, .NET can create platform-agnostic applications.

Development that is open source

.NET is a versatile solution because it can be used by C#, F#, and Visual Basic programmers.

.NET standards that are universal

For many years, .NET standardizations have been baked in – it’s one of the most critical components of the .NET Framework and the .NET system. Universal standards make designing libraries and components for .NET, thereby expanding the .NET ecosystem.

The .NET community is highly supportive. Not only does this imply that documentation is easily accessible, but it also implies that code snippets, lessons, courses, and other resources are available.

However, this does not imply that the solution is flawless. There are also drawbacks:

Some Requirements for Licensing

The ecosystem as a whole is not open source. Some tools, particularly those released and distributed by Microsoft, necessitate licensing. Through the Microsoft Foundation, Microsoft retains control of the product.

.NET has been known to have memory leaks as well as caching issues. Of course, this is a problem in many languages, not just .NET. On the other hand, developers attempting to create lean products may be more inclined to use another language.

.NET does support programming in C#, F#, and Visual Basic, but not all major programming languages. Developers who program in Java or Python, for example, will be unable to program in .NET without learning an entirely new language.

Some developers regard .NET as an archaic or obsolete technology. While this is true for earlier versions of the .NET Framework, .NET continues to grow and advance as an open-source product supported by a vibrant community.

How Can You Learn .NET Programming?

C#, F#, and Visual Basic are all programming languages that can be used to create .NET applications.

F# is a general-purpose, function-first programming language. F# could be a valuable language for JavaScript programmers who want to learn more about .NET. F# is largely intended to bring functional programming to .NET.

Microsoft’s flagship programming language is used in many Microsoft development applications. Visual Basic is purposefully designed to be simple to learn and use. Since 1991, it has had a thriving community. However, while it is still in use, it is somewhat deprecated.

After reading this article, we hope you understand what .Net is and what is Net used for. Follow our Tech News category to learn more exciting information.