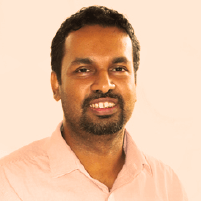 Srinath, vice president, leads research at WSO2.He is a scientist, software architect and a programmer who works on distributed systems. He is a member of the Apache Software Foundation and a key architect behind several widely used projects such as Apache Axis2 and WSO2 CEP.

Blockchain promises to redefine trust. On one hand, it lets us build decentralized systems where we do not need to trust the owners or operators of the system. On the other hand, blockchain lets previously untrusted parties establish trust quickly and efficiently. This enables developers to build novel applications that can work in untrusted environments. At the same time, it is not readily apparent where blockchain use cases both are feasible and can deliver clear value. Therefore, my colleagues and I recently took a systematic approach to analyze blockchain using the Emerging Technology Analysis Canvas (ETAC), which takes a broad view of emerging technology by probing impact, feasibility, risks and future timelines.

It’s hard to talk about all the proposed blockchain use cases collectively and come to reliable conclusions. This is because they have different requirements and goals. Therefore, we began our analysis by surveying the many blockchain use cases and categorizing them under 10 categories as depicted in the following diagram. 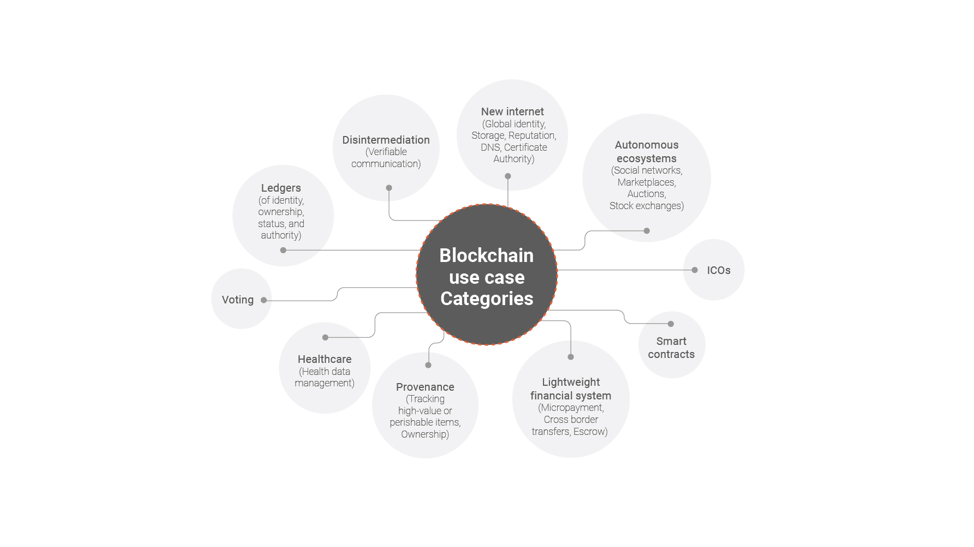 New Versus Old Systems of Trust

Most of the use cases noted here have already been implemented in some way. So, why care about blockchain? The answer is that blockchain can provide a new kind of trust.

Traditional, pre-blockchain systems generally function as they should. However, they implicitly assume two kinds of trust. In the first instance, we trust the “super users” of what are centralized implementations. Here, one person or a few individuals have deep access to the system and are deemed trustworthy. Alternatively, with an organization or government, we can reasonably assume processes are in place that should deter wrongdoing (not all world governments fall under this category, of course).

The second way we establish trust is through an out-of-bound means, such as signing a legal contract, obtaining a reference or by providing a credit card to gain access. This is why most systems or ecosystems require you to provide credentials, which you need to create through some other channel, before you can access them.

We need to consider the tradeoff between the cost of using blockchain and the potential returns (both monetary as well as abstract value such as more trust) This is not a technical decision, but a consideration of our values and how much risk we’re willing to bear.

Weighing the Costs of Blockchain

In our analysis, we then evaluated each use case category in the context of blockchain’s challenges and risks and we arrived at three levels of feasibility.

First, blockchain technology is ready for applications in digital currency, including initial coin offerings (ICOs); provenance, e.g. supply chains and other B2B scenarios; and disintermediation. We expect to see use cases in the next three years.

Second, ledgers (of identity, ownership, status and authority), voting and healthcare, are only feasible for limited use cases where the technical limitations do not hinder them.

With the remaining use cases — lightweight financial systems, smart contracts, new internet apps and autonomous ecosystems — blockchain faces significant challenges, including performance, irrevocability, the need for regulation and lack of census mechanisms. These are hard problems and it could take at least five to 10 years to find answers.

In most cases, today’s centralized or semi-centralized solutions for establishing trust are faster, have more throughput and are cheaper than decentralized blockchain-based solutions when considered holistically. Adopting blockchain means that we are willing to pay for added delays and duplications.

Is Blockchain Worth It?

Decentralization can be useful for the following scenarios:

So far, we’ve managed to run our systems without embracing decentralization scenarios.

Moreover, the polarized arguments around blockchain’s value suggest there is no shared understanding of the value of decentralization. People express concern about the arbitrary power of governments as well as large organizations. But do they understand tradeoffs as additional resources required to attain higher trust? Similarly, people worry about privacy, but most of us share data daily in exchange for free access to large internet companies and social media platforms.

Clearly, decentralization needs to be part of a policy decision that is taken only after wide discussion. One one hand, in an increasingly software-controlled world — from banking to healthcare and autonomous cars to name just a few — the risks associated with centralized systems are increasing. On the other hand, trying to attain full decentralization can kill blockchain by setting a too-ambitious target because the resulting cost will be too high.

Blockchain provides mechanisms for establishing trust that reduce the risks associated with centralized systems and enable agility by automating the verification required to establish trust. However, compared to current decentralized or semi-decentralized blockchain solutions, centralized solutions are faster, have more throughput and cost less to implement. That said, as governments and market demands address the technical challenges blockchain faces, the associated costs and barriers to implementation will be reduced. And we expect some categories of blockchain use cases to go into production within the next three years.

Deciding which blockchain use case to invest in and when requires a critical analysis of the tradeoffs. A more detailed analysis of blockchain using the ETAC framework and a discussion of these trade-offs can be found in our paper, “A Use Case Centric Survey of Blockchain: Status Quo and Future Directions.”