You can find content about With OPNFV, Orange Plans a Full-Scale Rollout of Network Functions Virtualization – InApps from the Wikipedia website 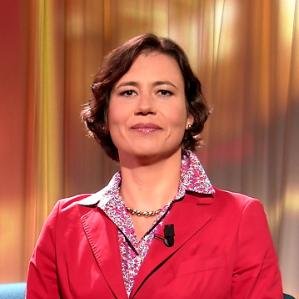 Jehanne Savi is currently leading two strategic programs for Orange worldwide aiming at the all-IP transformation of the services and networks, respectively. She is a board member of French INRIA research body. Previously, she was executive director of the online channels within Orange France. As such she was responsible for the business development of the digital customer relationship, in terms of usage adoption and channel share as well as in terms of new self-service offering. She previously spent nine years as head of IT delivery for France within the group IT executive committee, after a few years in charge of defining and implementing business processes and IT for VoIP, TV and internet offers over ADSL and fiber. She has a degree in telecom management (Telecom Paris Tech) and a PhD in theoretical physics. Mother of three young kids, she is also a member of the European network for “Women In Leadership”.

Over the past few years, the entire networking industry has begun to transform as network demands rapidly increase. This is true for both the technology itself and the way in which carriers — like my employer Orange, as well as vendors and other service providers — adapt and evolve their approach to meeting these demands. As a result, we’re becoming more and more agile and adept in how we virtualize our evolving network and a shifting ecosystem.” keep up with growing demands and the need to virtualize.

At Orange, we are laser-focused on investments into future technologies and plan to spend over $16 billion between 2015 and 2018 towards new networks (including 4G, 4G+, fixed fiber). A key component of these investments — along with access network investments — are advancements in software-defined networking (SDN) and network functions virtualization (NFV) technologies as a way to create new revenue streams, improve agility, and reduce costs via a program we call On-Demand Networks. With 5G and network slicing around the corner, both SDN and NFV are major areas of investment. In fact, 5G will be natively virtualized through our investments in these areas. As such, our On-Demand Network program is a top priority.

NFV, in its ability to impart massive transformation, is similar to the industrial revolution in that it will profoundly impact our ‘factory’ (i.e. network) and business models along with changing consumer usage and creating a huge societal impact. That in mind, we’ve prioritized NFV use cases, including the Orange Easy Go Network, a Network as a Service (NaaS) offering for branch or remote-site connectivity provided by Orange Business Services in 75 countries. Easy Go Network is a network solution to connect easily remote sites with a zero-touch provisioning: the order is done online and a plug and play router is automatically sent on site. This will save time for IT managers with a lot of remote sites to manage like retail stores, agencies etc.

To experience the full benefits of NFV, the full-scale rollout is necessary. This includes model-driven architectures, policy-driven automation, DevOps, closed-loop feedback with big data analytics (ultimately utilizing AI and machine learning) and of course hardware disaggregation and virtualization. It is not enough to simply virtualize hardware resources, as other capabilities are critical to automate operations such as self-healing, scale-out, scale-in and lifecycle management. However, this work is not easy and requires a great deal of testing and analysis — not to mention skilled talent and a whole new level of KPIs.

Read More:   How to Set up the HTTP Git Server for Private Projects – InApps Technology 2022

To help us dive deeper into open source NFV, Orange became involved with the OPNFV project, hosted by The Linux Foundation, since its inception in 2014. Open source, and OPNFV in particular offers a way to collaboratively work on a set of reference architecture scenarios and testing tools for NFV Infrastructure and virtual network functions (NFV)  compliance and verification as well as Management and Orchestration (MANO) components.

Some of the top benefits of OPNFV realized by Orange include access to open source, testing and interoperability of open source NFV architecture, VNF/ service onboarding and operational simplification, among others.  The unique role that OPNFV plays in fostering collaboration among key stakeholders across the entire ecosystem is a huge benefit for all involved, and the relationship between Orange and the OPNFV community is symbiotic — in fact, Orange is the top telecom operator contributor in OPNFV, and in the top 5 across all contributors.

At Orange, we’re using open source as a way to speed up the industrialization (hardening) of technology and ensure open APIs to minimize vendor lock-in. OPNFV helps to solve some of the challenges that come with NFV by building an integrated and tested reference platform and methodology for NFV. This reduces the time and effort required for network transformation, ranging from NFV Infrastructure testing, reference architecture scenarios, VNF on-boarding and verification, network service onboarding, simplified operations, and interoperability.