A Plan for Building Communities That Matter – InApps Technology 2022 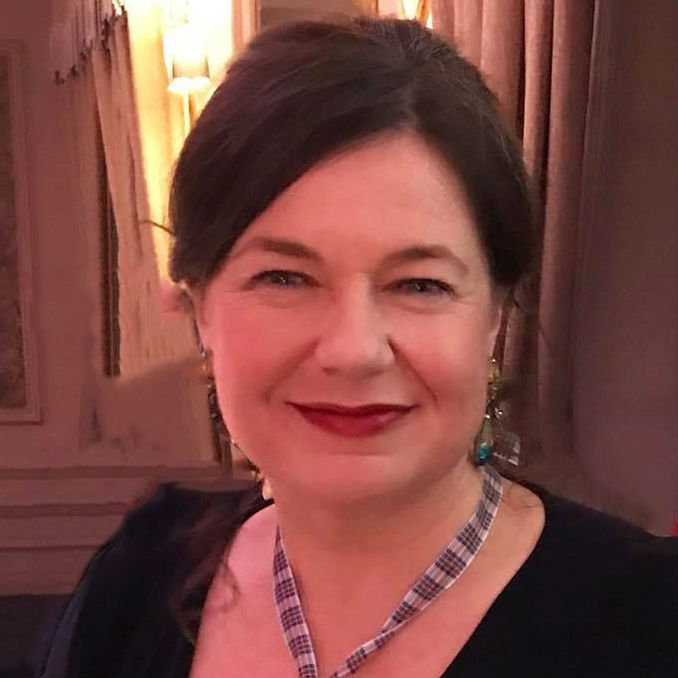 Amanda provides consultancy to organizations around open source and collaboration and supports legal teams through mentoring. She is the Chair of the Open Source (OS) and Intellectual Property (IP) Advisory Group of the United Nations Technology Innovation Labs and the European Representative of the world’s biggest defensive patent pool, the Open Invention Network. She is also Director, Operations of OpenUK; joint-organizer of the UK Open Source Awards, www.opensourceawards.org, having been a judge of the awards in 2014 and 2015; a member of the OASIS Open Projects’ Advisory Council (open source and open standards); and CEO of the Trustable Software Engineering Project, a project focused on solutions to risk in Open Source Software. She was General Counsel of Canonical, one of the world’s biggest open source companies and commercial sponsor of Ubuntu, setting up the global legal team and running this for five years and has worked in a variety of sectors, ranging from Fashion to Fintech, across EMEA, US, AsiaPac and Emerging Markets, based out of the UK and Amsterdam.

“In 2006, at the tender age of twenty-six, I started a job at a British Company called Canonical. Founded by newly minted South African millionaire Mark Shuttleworth, the company was focused on building a competitor to Microsoft’s Windows operating system monopoly. The twist was that this new operating system, Ubuntu, was created by a globally connected network of volunteers who freely shared the open-source code. My role was to turn a small set of contributors into an international movement.” — From the opening paragraph of Jono Bacon’s book, People Powered.

I joined Canonical almost two years later as employee 165. Jono Bacon was not based in the same office as me, but he was one of my new colleagues and was in the office and the pub on one of my first days at Canonical. He may well not remember, but he was one of the first people I spent time within Canonical. I was a newbie to open source. I quickly realized that despite what I had thought when I joined, I didn’t understand it. It took me six months to “get it,” to begin to really understand openness and collaboration.

Today, over a decade later, I am on a constant learning curve, learning about both the technology and the people.

The people and the communities they form are core to anything open or collaborative, whether those are the distributed communities of software developers, the lawyers advising them or the internal communities of companies. As Jono explains, those communities create much of the value of a business or project and failing to build and nurture them, or to take them with you, will inevitably end in disaster.

Jono is one of the open source leaders who taught me a lot and to whom I am eternally grateful. Like Jono, I was in the privileged position of working for Canonical and its founder Mark Shuttleworth. I had the opportunity to learn from great folk in a global community, with unique knowledge across the world of open source. Canonical hired people based on skills, not location. At that moment in time, we were the cool kids of open source. From the outside, knowing where to go to tap into those knowledgeable people and their thoughts could be difficult.

With digital transformation and the success of open source in the enterprise, open source is constantly held out by all sectors of business as the poster child of collaboration and communities — from the regulators and those seeking to manage how these newfound collaborations can work within the law, to the traditional, not tech, companies trying to build their own digital and internal communities.

That’s absolutely right and deserved. But open source and its tremendous communities didn’t just happen overnight. It’s taken decades of hard work by great people like Jono to achieve seamless collaboration and engaged communities. And as Jono says, sharing is a vulnerability, there have been lots of failures along the way. “There is no silver bullet or guarantee that your community is going to succeed.” Something I also know only too well.

I noted with interest the quote from Jim Zemlin of the Linux Foundation: “A mistake some companies make is an unwillingness to release some control of the project to the community.” The true test of a community is when people “want to jump through hoops to help them, you and the rest of the community be successful.”

“People Powered” is unique, as is its author’s experience in bringing two decades of working with hundreds of companies to build communities, “groups of people united by a common interest” whether these are for marketing, collaboration or building a product.

The book’s approach is logical and takes the reader on a journey helpfully set out in bite-sized chunks. The short punchy sections allow you to pick it up and put it down. And of course, there’s plenty to think about it in each, but at the same time this no way interrupts the flow. I found myself reading a longer section and going back to re-read one of the clearly titled and easily findable, sections again.

I particularly related to Jono’s community belonging path. It’s not something I had really considered before reading his explanation. Being a welcomed newcomer into a community where I was encouraged to contribute did bring self-respect (if a little imposter’s syndrome) and inevitably validation from my peers, as he suggests, and it wasn’t long before I felt that I was having an impact and belonged. I haven’t worked anywhere else where I have felt this in the same way and that hugely impacted how I feel about that experience. Jono’s detailed explanation of how to create this feeling in a community by tackling the “heart of the human condition” is a unique and essential understanding.

“People Powered” and the tongue-in-cheek “Bacon Method” takes the reader through not only how to tackle the human condition, but step by step, chapter by chapter it explains how to build a community collaboration and, if you choose to, allows the reader to work in a coached way in building their plan as they read and follow the method:

“Produce a mission statement; choose your community engagement model; define what value you want to deliver; produce your big rocks; know your audience, and build audience personas; design your on-ramp and engagement model; build your quarterly plan; craft your maturity model and success criteria; execute on a cadence; and produce your incentive map.”

All of these steps aim to support the reader in creating the “five categories of value” identified by Jono as being offered by communities: “customer and user engagement; awareness, marketing and customer/user success; education and support; product and technology development; and business capabilities.”

He generously shares tools and resources, both in pictorials and links to resources with lists of other influencers’ works, but also links to a resource section of his website where downloadable tools can be accessed at zero cost.

I appreciate his acknowledgment of how much work it took to pull this book and his thoughts together in a cohesive way. It works and the reader has access to an amazing consulting tool that most would not be generous enough to share for the cost of a book. But also, those of you who read and follow, listen to his closing advice and keep refreshing and updating your learning. Things change and so must you.

In the global world of open source, if you mention community and who can build one, Jono’s name will always be one of the first-mentioned. People Powered brings his insight to you with a general focus applicable to any sector and is definitely not specific to either open source or tech.

He writes with a surprisingly easy and accessible style with many practical and wide-ranging examples that help to tell the story and bring reality and practicality to his advice.

His step by step guide to building a strategy and implementation plan probably means it’s a book (as Jono himself says) to be read twice or more frequently, once for general information and a second or further time, to build your community strategy and plan(s).

This book is a must-have for anyone who wants to understand building communities but is equally essential for anyone who is going through any form of digitization or transformation and who hopes to create collaboration. Avoid the “distraction and chasing shiny things” and follow the “Bacon Method” in building a community/ collaboration.

I wish I had read it earlier. Why didn’t you write this sooner, Jono?