The practice of application performance management (APM) may not just be for operations anymore. For the launch of AppDynamics “Spring ’17” APM platform, the company has included the AppDynamics Developer Toolkit, which aims at putting APM tooling into the hands of developers, allowing them to integrate that information into the workflow.

The AppDynamics platform can be used to unlock information of many forms, from overall performance data to deep dive captures during a crisis. The Developer Toolkit also adds testing tools to the development lifecycle which are capable of improving the developer’s view into the functioning of the overall application. Chief among these, perhaps, is the new Developer Mode, which allows for the capture of data characterizing overall application performance.

Though it might sound counter-intuitive, AppDynamics was specifically built to capture a limited amount of data during normal operations, to minimize operational overhead (and operator overload of too much info). But during the development and testing process, it’s normal to want far more data to evaluate, and Developer Mode foregoes the performance preservation for more verbose analytics.

Going hand-in-hand with this new feature is the new ability to capture live application traffic and play it back for testing purposes. The new Developer Toolkit includes a network traffic capture system that can encapsulate such data and provide it for use in the software development lifecycle’s test period. This new Live Mode can track the data for an entire business transaction, ensuring a full flow of traffic is captured from end-to-end. 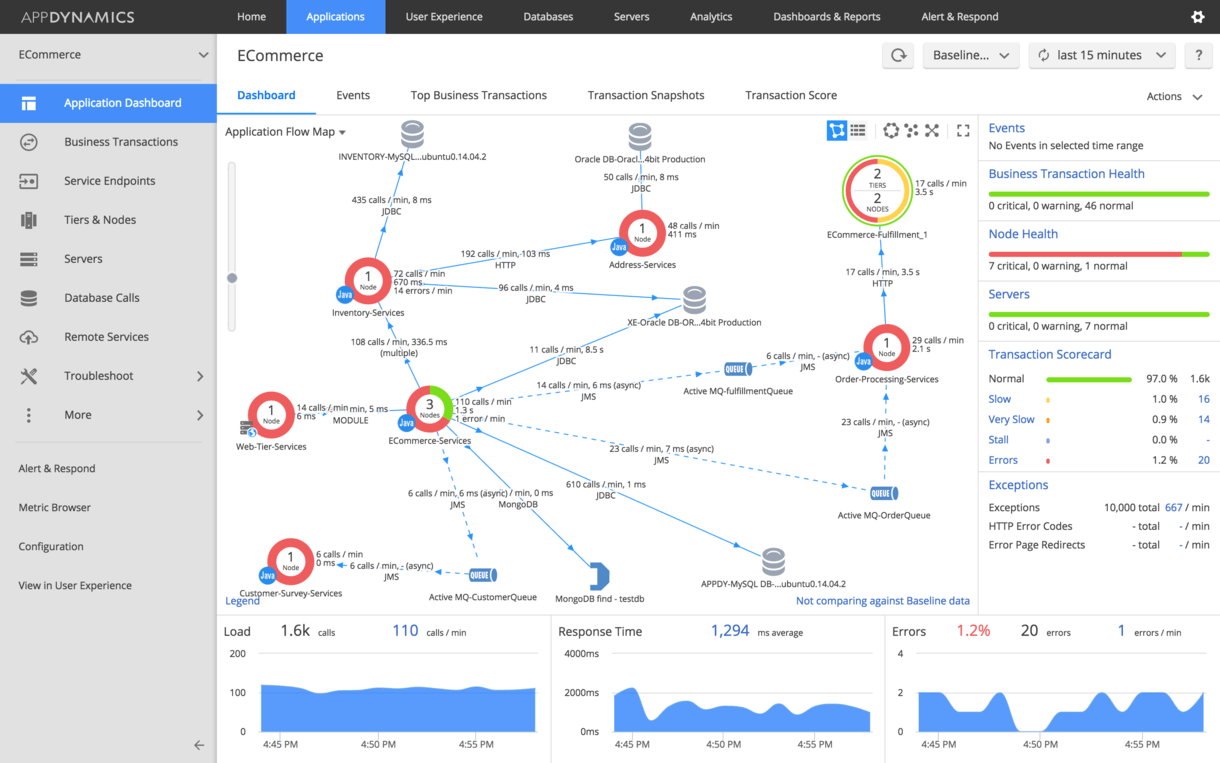 In the world of AppDynamics, users of all stripes collaborate on what the company calls business transactions. These include anything involved in a single flow for the application, such as “add item to cart.” Live Mode focuses on capturing the traffic behind these transactions, allowing developers to test against the full, normal workload.

Matt Chotin, senior director of development initiatives for AppDynamics, said that this update to the AppDynamics platform also adds support for the Go programming language and the Xamarin cross-platform mobile app development platform for the first time. “We’re one of the first vendors to have full support for Go,” said Chotin. “We want to make sure anyone building on that platform has access to the data we can provide.”

There’s also a new Android Studio plugin included in this release, for improving the experience of developing with AppDynamics for Android applications. Smart Crash Alerts are now turned on by default when using AppDynamics in mobile applications, and these can then be tied back to conversion rates, ensuring bugs are tied directly to business importance.

And that, said Chotin, is the key differentiator for AppDynamics: The ties to the actual business. Through the focus on business transactions, he said, all the stakeholders of the application can build around a common vocabulary; a vocabulary where the metrics are built around those common words.

Vocabulary can be a big deal when operations, development, and business analysts are all in the same room, trying to figure out exactly what everyone is talking about. Operations may be talking in servers, while development is talking in features, and the business users are all using marketing terms. Chotin said the concentration on specific user flows force users to see the application as these various channels of customer usage, rather than a thousand different individually instrumented parts.

“Where we want to continue to focus is on how do we connect the developers and operations teams to the business and to the customer,” said Chotin. “The customer is really going to drive the business in the end. When we talk about solving a performance problem, we can do things like better solving a database query, or better solving a network query. That’s an underlying technical motivation, but I think the real power comes from when you have that larger connection to your customer.”

Chotin, himself, used to be a developer. He said he made the move to product management specifically because he felt isolated from the customer experience. He said that offering developers a better window into the metrics and analysis that is driving the decisions that direct their development work every day can only serve to make developers feel more empowered and connected to the customers. And that, he said, is a key to driving great application experiences.