PaaS provider Apprenda is expanding its range of cloud services by adding full support of Google’s Kubernetes, which can be used to orchestrate large Docker-based workloads.

The company has also vowed to dedicate some of its programmers to help out the open-source Kubernetes effort.

“After looking at Docker Swarm and Cloud Foundry, we found that Kubernetes is the best platform out there for cloud-native applications,” said Sinclair Schuller, CEO, and co-founder of Apprenda.

Apprenda’s current cluster management stack and operational suite will be extended through the addition of Kubernetes.  This approach will allow current users of Apprenda’s services for running .Net and enterprise Java applications to also enjoy the use of Kubernetes. The introduction of Kubernetes, which will roll out in the months to come, will not disrupt any current services. 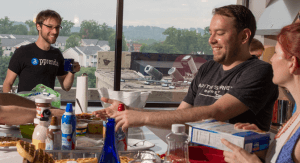 Apprenda customers “get the benefit of having a cloud platform for their existing apps as well as their cloud-native applications all under one hood,” Schuller said. “They’re not running two or three strategies at once. They’re not saying, ‘Well, here’s how we’re going to think about the world when it comes to existing apps and then here’s how we’re going to think about it for net new.’”

“By bringing full support for Kubernetes into their platform, Apprenda is protecting existing enterprise investments while providing a clear path and a consistent vision for the next generation of container applications moving into production,” agreed Fintan Ryan, RedMonk industry analyst at RedMonk, in a statement.

The company offered a number of reasons for choosing Kubernetes as its container orchestration engine. One is the expertise of Google, which developed Kubernetes as an open source version of its internal “Borg” scheduler. “If you look at the world of technology, one of the things you ask yourself is who is the best company at cloud-scale architectures and computer management and orchestration,” Schuller said.

A recent survey from InApps found that 72 percent of Kubernetes is done by Google itself, with another 15 percent coming from Red Hat. Schuller has spoken out about the dangers of single companies dominating an open source project, so the additional input from Apprenda will certainly help give Kubernetes a more diverse contributor base.

Apprenda also feels comfortable with the open source model of Kubernetes. While Google has done the majority of work to date on Kubernetes, the company has no plans to make money from the software, Schuller pointed out. This makes Google a more benevolent benefactor compared, with say, Docker, which wants to  generate revenue directly from its open source Docker containers, through the use of enterprise editions and subscription support.

Kubernetes also is agnostic as to what kind of containers it can work with, supporting not only Docker but other containers as well. The Google Cloud Platform offers its own automated container management services, which is based on Kubernetes.

Schuller will be talking more about Apprenda’s work with Kubernetes next week at the Kubecon Europe, to be held next week in London.

Apprenda, Docker and Red Hat are sponsors of InApps.