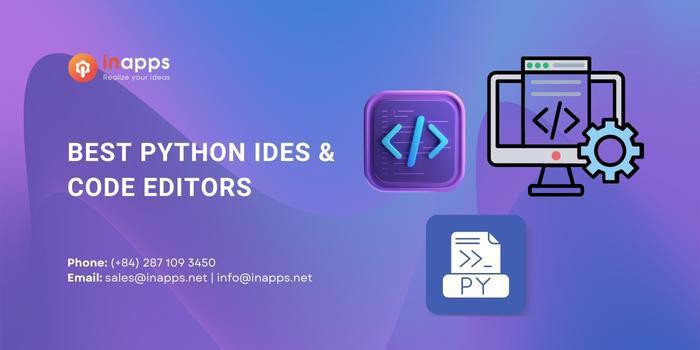 In this post, we’ll discuss about an IDE/Code editor definition, the difference between IDE & Code editors, and some of the best Python IDEs & code editors, along with their best features.

Python is a multi-faceted programming language embraced globally with open arms. Python comes with innumerable useful features of simplicity, faster execution of programs, an enormous collection of packages, libraries, and much more!

Today, it is the Github’s 2nd most popular language after JavaScript and the most popular one for machine learning. Python is the first choice of several diverse projects ranging from web applications to being deployed into artificial intelligence, machine learning, Deep Learning, and more.

Code editors/ IDEs are the first points of contact with any programming language, so its selection is a very crucial factor in deciding the future journey or workflow of a project. 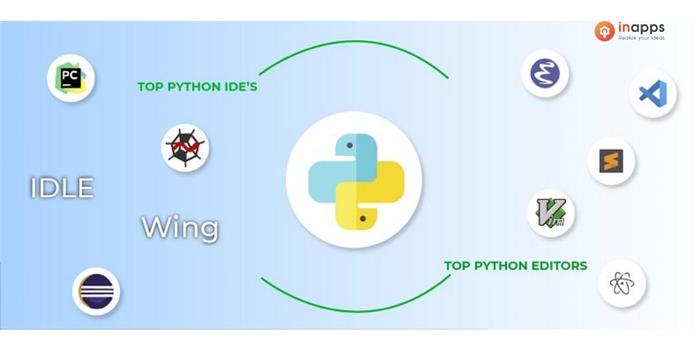 We always have the option to code onto a notepad. However, it is a known fact that Python IDEs & code editors can dramatically boost the productivity and efficiency of a programmer. So, knowing about their key features and benefits is a must for a python developer.

What is an IDE?

IDE is simply a software kit consisting of equipment used for software development and testing that enables the automation of all the manual tasks done by a developer.

In the absence of an IDE, the developer will have to perform tasks like selection, integration, and deployment manually which will automatically decrease the productivity and increase the time taken in the completion of the project.

Basically, IDE has been designed to ease the process of SDLC by limiting the coding part and avoiding typing errors.

A typical IDE will include tools such as:

What is a Code Editor?

CODE EDITOR– It enables a developer with the means to build and modify (edit) the source code of the programming language. The codes are written using reading human text and then combined with other programs.

The formatted notations such as bold, italics, underlining, specific fonts, etc. are specifically not included in this text. For this reason, a plain text editor is used.

IDE and Text Editor can be used in the place of each other for developing any software. The Text Editor enables the developer to write scripts, modification of code, text, and much more.

Code editor does not have the word “integrated” in it as it is simply an editor with added features, such as syntax highlighting and code formatting.

However, code editors have their own benefits. They are simpler and have specialized editors that provide you with useful plugins and tools to suit your software development process.

PyCharm is one of the most popular IDEs used for Python scripting language. Pycharm has been especially used for Python and is designed to run on several platforms, including Windows, Mac OS, and Linux.

With the support of different Pycharm APIs, developers can create their respective Python plugins. Without being integrated with a different tool, you can use several IDE databases themselves directly.

Spyder is an open-source, absolutely free IDE, making it much more appealing to the programmers. Developers can expand its usability with additional APIs and plugins.

It was primarily designed to offer a strong scientific background to scientists and engineers all around the world. It provides an advanced level of editing, debugging, and data exploration capabilities.

Their support team helps the programmers with doubts and its comprehensive documentation helps to instantly fix the errors if any.

It is an open-source platform that supports programmers, who have just begun their career in the field of data science. Because of accessibility and simplicity, programmers can easily learn the various uses of Jupyter to deal with huge data sets for analysis.

It is available free of cost and can allow analysts to work around numerical tasks and data visualization. Inbuilt libraries, such as pandas, NumPy, etc. are available in Jupyter to help programmers to process data efficiently.

PyDev serves as a third-party plug-in with Eclipse and is made to use for Python programming. It is also an open-source IDE that provides code analysis, debugging, and code refactoring.

It also has a paid version that comes with additional features such as fixing the bugs instantly, remote debugging of errors in Python, and much more.

Idle is the best IDE for someone who is just getting started with Python. It is suitable for beginners and educational organizations. Idle is a fully developed open-source platform in Python and has a clear interface that prevents any uncertainties.

Programmers can operate in various text editors and the IDE also has syntax highlighting to assist them with stack visibility.

It is a set of IDEs specifically built for Python. It has multi-platform support and is easy to use. Wing provides a wide variety of features to easily understand and to perform Python interpretation and debugging functions.

This IDE also has a paid/ premium version that provides you with extra features for commercial use. The IDE allows programmers to test and debug code more efficiently, using a dedicated exception handling tab.

Eric is a comprehensive Python IDE written in Python. It is developed on the cross-platform Qt UI toolkit, integrating the highly flexible Scintilla editor control.

It is built to be a quick and simple editor and can be used as a professional project management tool that integrates many of Python’s advanced features.

Eric has a plug-in framework that enables simple IDE extension with plug-ins that can be downloaded from the web. The current stable version is eric6 based on PyQt5 (with Qt5) and Python 3.

Features of The Eric–

Sublime Text is a shareware cross-platform source code editor with a Python application programming interface. It supports several programming languages and markup languages, and users may add functions with plugins that are generally community-built and licensed under free software.

Visual Studio Code is a simplified code editor with software aids such as debugging, task execution, and version control. It aims at providing the tools needed by the programmer for a fast code-build-debug cycle and leaves more complicated workflows for even more detailed IDEs such as Visual Studio IDE.

Vim is a fully customizable text editor designed for powerful text editing. It is an enhanced version of the vi editor distributed with most UNIX systems

Vim is sometimes referred to as “programmer editor,” and it gets efficient during coding that many see it as a complete IDE. It is a really reliable text editor and every new release improves the quality of its efficiency. This text editor can be used as a command-line interface as well as a standalone tool.

It is highly customizable and offers Python language support installing the extension when Atom is running.

We hope you had a good overview of Python IDEs & code editors. This article covers the top Python IDEs used by developers all over the world. As a programmer, you must use the best IDE/ code editor that you are most comfortable using.

InApps is a leading company in Software & Mobile app development, we’re proud to get into partnerships with many big clients comes from all over the world. With an experienced in-house IT expert team, InApps ingeniously applies the latest technology and strategies to help clients overcome challenges.

More than being a business partner, we aim to be a companion that can clearly understand our client’s needs and objectives. That’s why we keep sharing valuable articles like this.