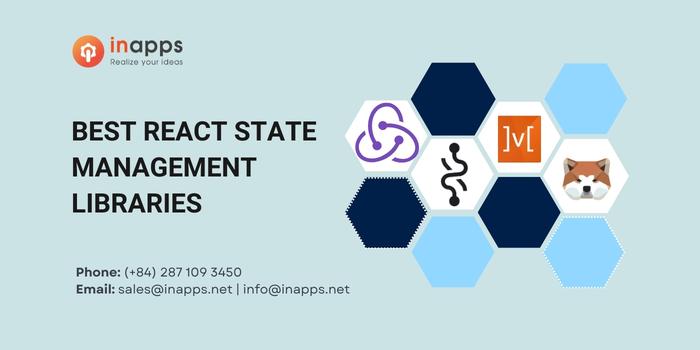 The huge expansion of ReactJS has given birth to various React state management libraries, among many other things.

The number of state management libraries available in React at the time of writing this article is tremendous. As a result, choosing which state management library to use for a certain project and not getting swamped by the React community’s commotion and headlines is a critical aspect in supporting the creation of an application.

Some programmers use MobX to solve the problem, while others combine them with application state management tools such as Redux or the recently released Recoil. In this article, we will talk about some of these React State Management Libraries that you can make the most of in the year 2022. So, let’s get started!

What is state management in web development?

React components have a built-in state object. The state is encapsulated data where you store assets that are persistent between component renderings.

The state is just a fancy term for a JavaScript data structure. If a user changes state by interacting with your application, the UI may look completely different afterward, because it’s represented by this new state rather than the old state.

Why do we need state management in react?

React applications are built using components and they manage their state internally it works well for applications with few components, but when the application grows bigger, the complexity of managing states shared across components becomes difficult. 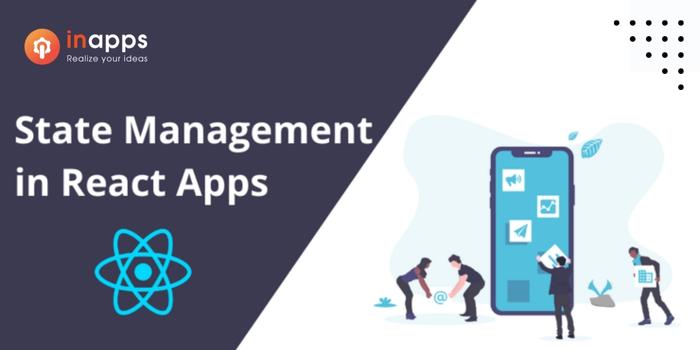 What is react redux? For JavaScript applications, Redux is a predictable state container.

It enables you to create apps that act uniformly across platforms (client, server, and native) and are simple to test. Furthermore, it offers a fantastic developer experience, with live code editing and a time-traveling debugger.

Redux can be used in conjunction with React or any other view library. It’s small (169 kB, including dependencies), yet it comes with a big network of add-ons.

Within a single store, your application’s global state is kept in an object tree.

Because the state from your server can be serialized and hydrated into the client with no additional coding effort, it’s simple to design global apps. A single state tree also makes things simpler to debug or examine an application, as well as allowing you to save the state of your app while developing, resulting in a shorter development cycle.

The only way of changing the state is to issue an action, which is an object that describes what occurred.

Read More:   Update Add It Up: Docker and Lambda on Par in AWS Environments

This guarantees that neither the views nor the network callbacks will ever write to the state directly. Rather, they reflect a desire to change the state. There are no nuanced race parameters to be aware of because all changes are centralized and occur one by one in a rigid manner.

Changes are made with pure functions

Pure reducers are used to indicate how actions alter the state tree.

Reducers are simple functions that return the next state after taking the previous state and an action. Rather than altering the prior state, ensure returning new state objects. You can begin with a single reducer and break it down into smaller reducers that handle certain areas of the state tree as your application evolves.

For developing Redux logic, we suggest using Redux Toolkit. It extends over the Redux core and includes packages and functions that we believe are crucial for creating a Redux app. Redux Toolkit incorporates our recommended best practices, streamlines most Redux operations, avoids potential mistakes, and makes writing Redux apps easier.

MobX is a state-management library that keeps things simple to integrate your app’s reactive data into the user interface. This wiring is entirely automated and appears to be extremely natural. You, as the software developer, may concentrate solely on what reactive data needs to be ingested in the UI (and elsewhere), without having to worry about trying to keep the two in sync.

It’s not quite miraculous, but it does have some intelligence about what’s being consumed (observables) and where (reactions), and it monitors it for you automatically. All reactions are re-run when the observables change. The fact that these reactions might range from a basic console log to a network request to re-rendering the UI is fascinating.

It is able to write boilerplate-free, simple code that communicates your intent. It helps you if you are trying to make a change to a field in a record. You can make use of the tried-and-tested JavaScript assignment. Is it possible to update data in an asynchronous process? There are no extra tools necessary; the reactivity system will detect and transmit all of your modifications to where they are being used.

At runtime, all changes to and usage of your data are monitored, resulting in a dependency tree that encapsulates all state-output relationships. This ensures that calculations based on your state, such as React components, perform only when absolutely necessary. There’s no requirement to use error-prone and sub-optimal approaches like memoization and selectors to manually optimize components.

MobX is unopinionated, allowing you to manage your app’s state independently of any UI framework. As a result, your code is decoupled, portable, and, most importantly, testable.

Recoil is a completely new, experimental JavaScript state management library from Facebook that solves a lot of the issues that bigger apps have with the current Context API.

Because React is mainly a UI toolkit, programmers frequently employ a state management solution in conjunction with it to make data handling easier.

Many existing state management systems are built on React’s Flux design, which was first released in 2014. While frameworks like Redux and MobX guarantee that the application state stays constant, they come with a cost that is tough to explain in many cases.

Recoil operates and behaves in the same way as React does. Add some to your app to have a shared state that is quick and adaptable.

By seeing all state changes throughout your app without hindering code-splitting, you can enable persistence, routing, time-travel debugging, or undo.

The Recoil package lives in npm. To install the latest stable version, run the following command:

Or if you’re using yarn:

Akita is a state management model developed on top of RxJS that combines Flux’s numerous data stores and Redux’s immutable modifications with the concept of streaming data to produce the Observable Data Store model.
Akita urges people to keep things simple. It eliminates the need for boilerplate code and provides strong tools with a reasonable learning curve that are appropriate for both experienced and beginner developers.

Because Akita is built on object-oriented design concepts rather than functional programming, it should be familiar to programmers with OOP experience. Its opinionated structure imposes a rigid pattern on your workforce which can be diverted from.

Akita does not rely on sponsorship to keep evolving. It was developed in Datorama, a Salesforce subsidiary.

Akita is simple to learn

It offers a reasonable learning curve that is appropriate for both new and seasoned developers. It comes with a comprehensive set of tools, including everything you’ll need to swiftly publish a high-quality app.

Akita is in the production environment, they fix any flaws you find as soon as possible. The Akita repo’s problems section provides proof of this.

They recognize the value of thorough documentation and try their utmost to provide all relevant information to Akita users.

Install from the NPM repository using yarn or npm:

Hookstate is a state management tool premised on the React state Hook that is quick and adaptable. It’s a simple library with a lot of functionality, including global and local states, partial state changes, and asynchronously loaded states.

Hookstate offers various optional plugins that allow us to extend or personalize our state Hooks — and the library’s documentation is well-written and full of useful examples.

It is simple, practical, and adaptable. It’s quite easy to pick up.

Amazing performance thanks to a one-of-a-kind approach for tracking used/rendered and modified state parts. For large states with frequent updates, this is the optimal solution.

XState is a library for creating, interpreting, and running state machines and statecharts. State machines are abstract models that consist of a finite number of states, events, and transitions between them.

Finite state machines help us address state transitions in the same way that we model software projects using various tools to assist us to plan it before creating it, and we use mockups and UX tools to conceive about a UI before implementing it.

After an input, computer software must transition from one state to the other. Things can quickly spiral out of control if you aren’t paying attention, and XState is a great tool for navigating state complexity as it expands.

Despite the popular perception, adopting React does not necessitate the use of a state management library.

In reality, React has its own set of tools for this, consisting solely of the State and Context APIs. Sure, it’s inconvenient to deal with, but when the project isn’t too complicated, it could get the work done.

As a result, the State and Context API is the default. There’s no Redux or even Recoil coming straight from Facebook. Just opt-in for an external library if you’re 100% certain you’ll need it, or immediately when you need it. That’s one of the reasons people enjoy Hookstate so much. It has the smallest footprint of the bunch and offers a lot of extra functionality with a beautiful API.

InApps makes sure that you are well-updated with the market trends and technologies. Keep reading and you will be able to stay ahead of the competition.