Chef Brings Its IT Automation Portfolio to the Cloud – InApps 2022

Moving IT operations to the cloud will require a good deal of automation, argues IT management software provider Chef. To this end, the company has consolidated more of its technologies into its software deployment platform, Chef Automate, to further ease the process of containerizing applications and moving them to the cloud.

“A lot of companies are looking at next generation technologies like the cloud and containerization,” said Ken Cheney, Chef chief marketing officer. Chef can help these organizations “create a consistent and repeatable pattern” of software deployment into these new environments, Cheney said.

“Continuous automation, when you do it right, is a bridge between your current environment and where you need to go in the future,” Cheney said.

These updates will be demonstrated this week at ChefConf, the company’s annual user conference being held this week in Austin, Texas.

The Chef Automate package, built on the company’s widely used open source self-named IT automation software, now includes capabilities for security and compliance checking, as well as the ability to further automate the process of assembling and updating container-based applications. The company has also released a number of plugins to extend compliance checking operations into the AWS, Azure and VMware vSphere-based cloud services.

Automate’s compliance checking capabilities come from Chef’s open source InSpec, introduced in 2015 as stand-alone software. InSpec compares the current configuration of an application with a set of security checks to ensure no vulnerabilities exist in the third-party software libraries contained within that package.

“As part of every software build, every time you push a change, you can have code tests for your infrastructure and application stacks for that vulnerability,” Cheney explained. The software can check for known vulnerabilities, such as the recent WannaCry random attack, as well as to ensure that third-party software being used within a package, such as ssh, are the latest versions. InSpec also checks against guidelines from the organization for external or internal compliance polices.

The InSpec software has also been updated to work with cloud deployments. Three new incubation projects — InSpec AWS, InSpec Azure, and InSpec vSphere — provide a set of APIs for scanning cloud deployments to check for vulnerabilities and compliance. 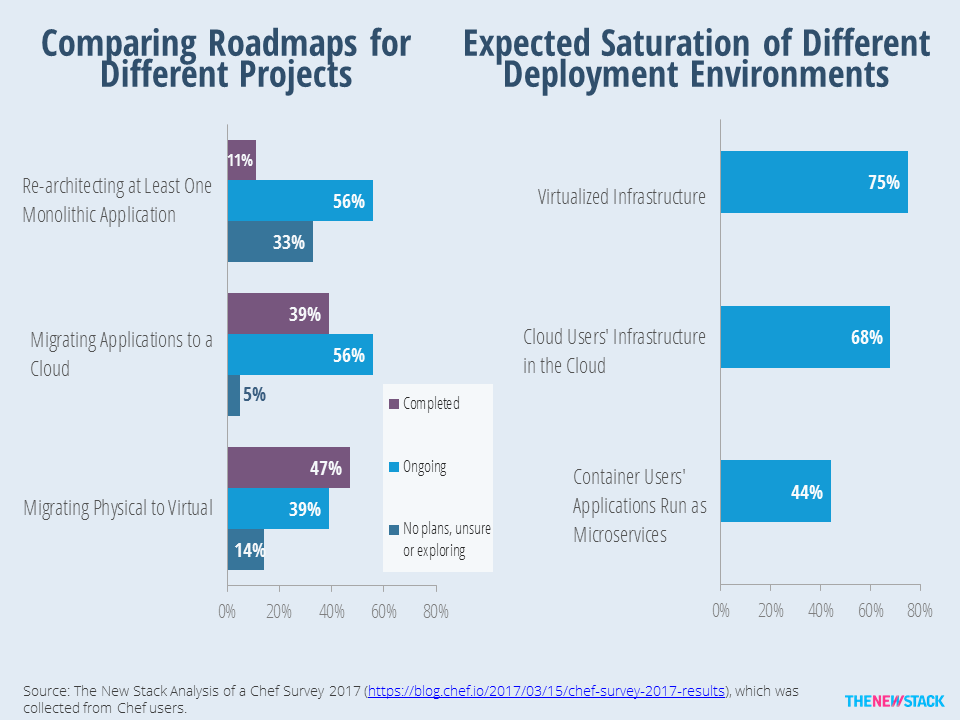 Introduced last year, Habitat is the company’s open source software for  packaging, building and managing portable apps within containers. Chef has rolled Habitat into Automate and continues to develop the technology. This year brings a set of helper functions called Habitat Scaffolding, which speed the containerization of apps built in Ruby on Rails, Go and Node.js (with other languages and frameworks to follow).

To further speed the deployment process, the company has also introduced  Habitat Plans, a set of plans for quickly rolling out system software for a variety of common-use scenarios. these build plans cover a range of common uses:

Habitat now also features the ability to automatically rebuild core applications when the software libraries the application relies on get updated. Chef is also launching a public build service for Habitat, which will streamline the process of building and storing Habitat-based applications in a hosted environment.

Read More:   Google’s Data Architecture and What it Takes to Work at Scale – InApps Technology 2022 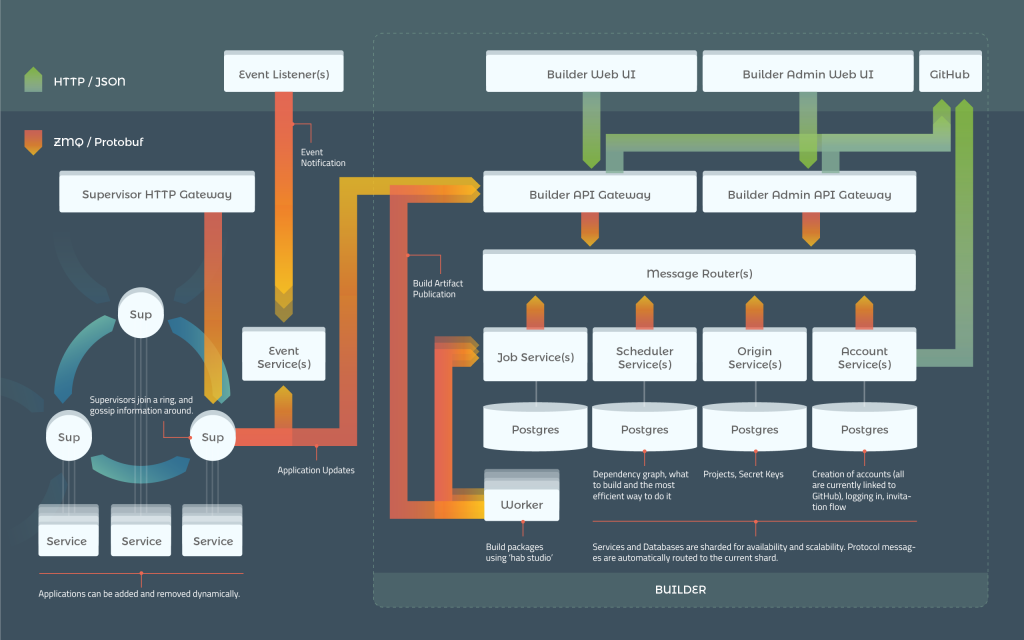 Since the launch of Habitat, Chef has seen considerable interest in the technology, especially for “organizations that are going down the path of putting containers into production,” Cheney said.  It solves the pain point of how to package a complex application within a container and “have it work correctly,” he said. One company uses Habitat to package legacy apps so that they can be run in a microservices environment. Another uses the software to package stateful application for the Cloud Foundry platform.

Over 1,500 people are expected to attend ChefConf this year. Chef software has been downloaded over 40 million times, and the company estimates it has a community of 70,000 members around the software, as well as 25,000 organizations using the software. The company has doubled its enterprise customer based over the past two years, and has enjoyed sales growth of 50 percent in 2016, thanks in no small part to expansion into the Europe and Asian markets.

Check back at InApps through this week for more coverage of ChefConf 2017.

Chef, Cloud Foundry Foundation and VMware are sponsors of InApps.