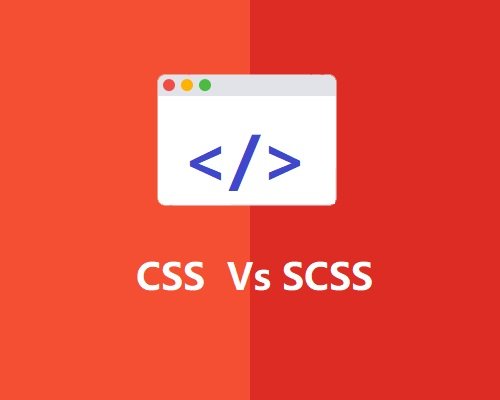 CSS has been the choice of the developers when it comes to web development from the last few years. However, ever since the development of SASS, its use has reduced drastically. With SCSS being an improved version of SASS, it is more commonly used these days.

But what does it have that makes it different from CSS? If CSS was fulfilling the requirement of developers, why did we need SCSS? Read more to find out the reason behind this.

But before doing the comparison, let us have an overview of CSS and SCSS.

CSS is a styling language that is used by developers for web page development. It is used to style web pages and make them attractive. It is one of the three fundamental parts of Web development, the other two being JavaScript and HTML.

CSS is designed to enable the separation of presentation and content including layout, colors, and fonts. This separation can improve content accessibility, provide more flexibility, and control in the specification of presentation characteristics, enable multiple web pages to share formatting by specifying the relevant CSS in a separate .css file and reduce complexity and repetition in the structural context.

Every item or element on a web page is part of a document written in a markup language. In most cases, HTML(Hypertext Markup Language) is used, but there are other languages in use such as XML and XHTML.

The syntax of CSS is pretty simple and contains a lot of English keywords for various style properties. It includes selectors, properties, values, declarations, declaration blocks, rulesets, at-rules, and statements.

To explain its syntax, let us take the help of an example given below:

In this example, h2 is the selector. The selector is followed by a declaration block that includes three declarations. Each declaration is separated from the next by a semicolon. The tabs and line breaks are optional but used by most developers to make the CSS code more human-readable.

By using the h2 element, we are telling that every level 2 heading on the web page should follow the same declarations contained in the ruleset.

For the color property, we can either use a color keyword or a color formula in Hex, RGB, or HSL format. In this case, we used the color keyword blue. There are a few dozen color keywords available in CSS3, but millions of colors can be accessed with the other color models.

We applied the value of 3em to the property font-size. There is a wide range of size units we could have used including pixels, percentages, and more.

SCSS is a preprocessor language that is interrupted or compiled into CSS. It is a special type of SASS(Syntactically Awesome Style Sheets). Scripting of SCSS is done in Saasscript. SCSS contains all the features of CSS with a few extra added on speciality features as well.

SCSS produces a traditional CSS that the browser can understand by running the SCSS files on the server running your web app. Reading the code in SASS or SCSS is faster than reading in CSS.

For a better understanding of SCSS, let us take an example to understand its syntax.

The only difference between SASS and SCSS with respect to their syntax is the use of indentation { }. In other words, SCSS is nothing but SASS with the indentations in it.

Comparison between CSS and SCSS