Year-over-year, WebAssembly has become a less popular target for Rust developers to build applications with, according to the 2021 version of JetBrains’ annual Developer Ecosystem Survey. Among the 6% of developers that used Rust in the past 12 months, 21% had targeted WebAssembly as a platform, which is a decline from 29% in 2020 and 36% in 2019.

Further research is needed, but it is likely the first generation of Rust of developers are determining when and if WebAssembly is the appropriate platform to target. Likewise, while WebAssembly developers are extremely fond of Rust, there is a lot of room to grow among developers that want to compile other languages.

These statistics do not diminish the excitement about WebAssembly among developers that target serverless, containers and cloud native environments in general. Only 24% of WebAssembly developers currently use the technology with a serverless use case as opposed to 73% for web development, according to a June 2021 survey. Yet, 87% of those serverless adopters think this is an area where the technology will have a high impact. In comparison, only 44% of respondents not using serverless see a big impact. 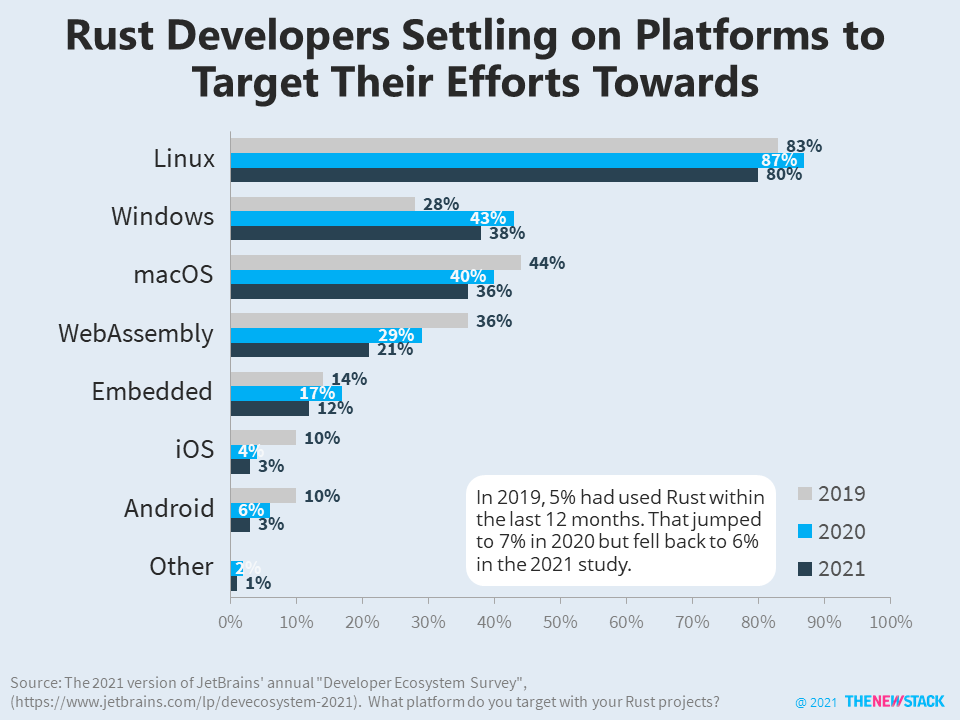 Actual adoption of Rust in this survey did not skyrocket in 2021. In contrast, the adoption rose among professional developers in the 2021 Stack Overflow Study. 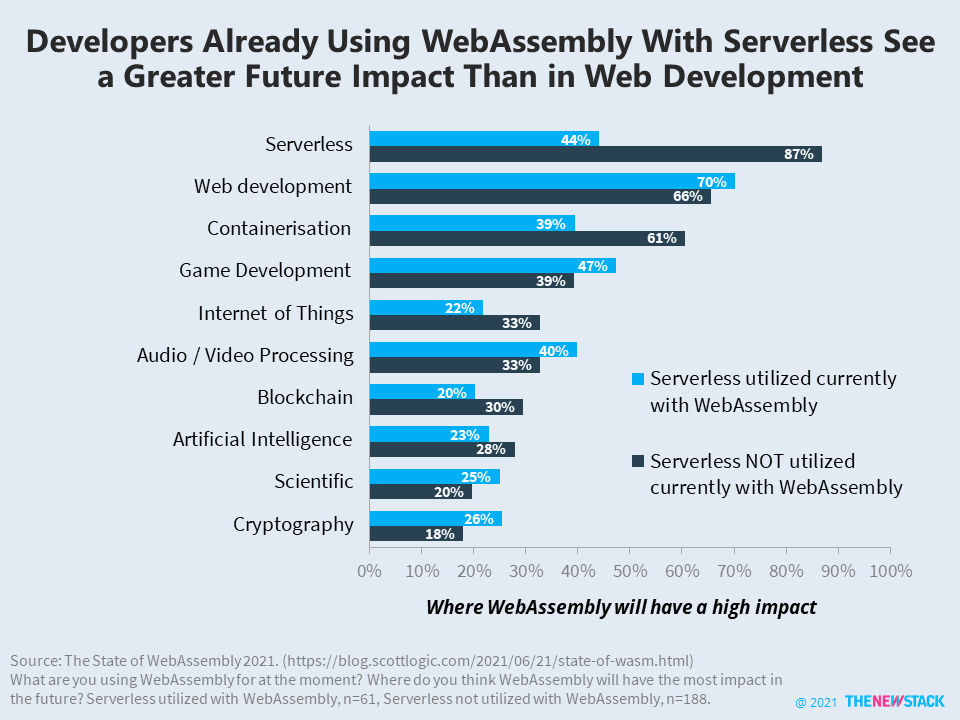 Editor’s Note: The caption under the first graphic changed since the article was published. The adoption of Rust increased instead of staying constant in the Stack Overflow survey.

Rate this post
Read More:   What Not to Say to Your Dev Team – InApps Technology 2022