Twice as many professional developers extensively used Google’s open source cross-platform mobile framework Flutter in the last year as compared to what was reported in previously according to Stack Overflow’s 2021 Developer Survey. It is so hot that is now it is approaching React Native as the leading user interface toolkit for developers.

With beefed-up web support, Flutter is now looking to gain more users. Admittedly, React.js, the big brother of React Native, was used by 41%, but its penetration rate is slowing. As new applications are built, we see that React activity continues to skyrocket, but so does Flutter’s. It remains to be determined if mobile, web and cloud will forever be separate domains. If not, then perhaps we will really see Dart rise further on RedMonk’s Top 20 Languages chart. 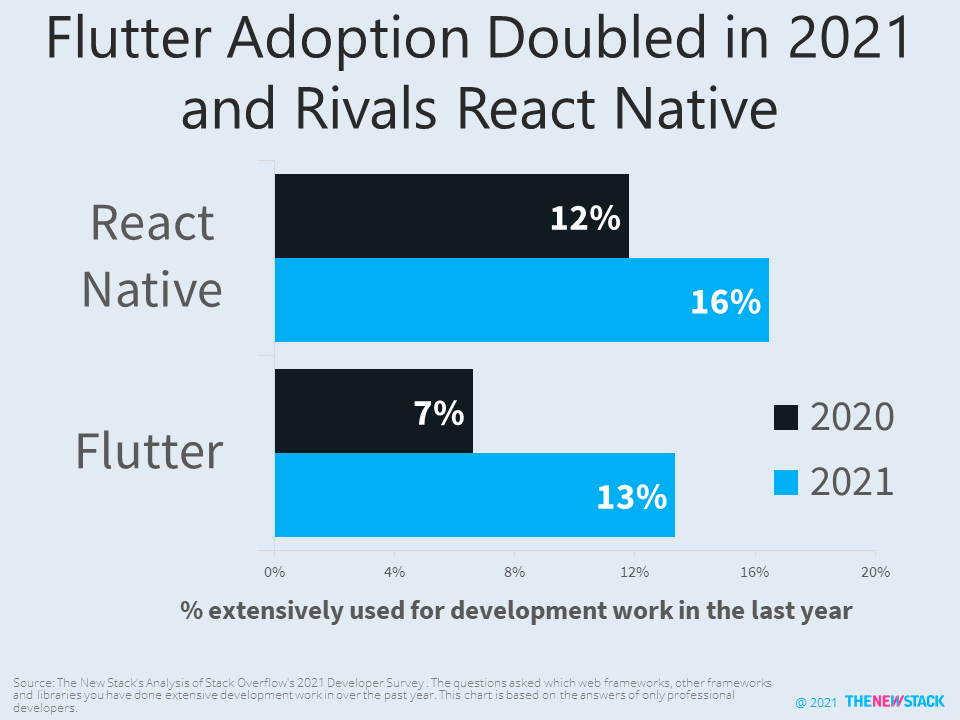