Overall, IBM’s goal is to make Bluemix the go-to platform for developers of all types, from so-called “citizen developers” to professional development teams building enterprise applications and commercial products. The Bluemix platform features more than 150 tools and services covering areas such as cognitive intelligence, blockchain, security, Internet of Things, DevOps and more.

The Decision Composer service enables developers to graphically model the data and logic that drives decisions within an application. These models take the place of code, allowing developers to use data to test multiple business scenarios and their outcomes, and then deploy and automate specific decisions directly into operations, IBM said. These decisions could range from the pricing of a product to how a customer-facing app is personalized to individual users. 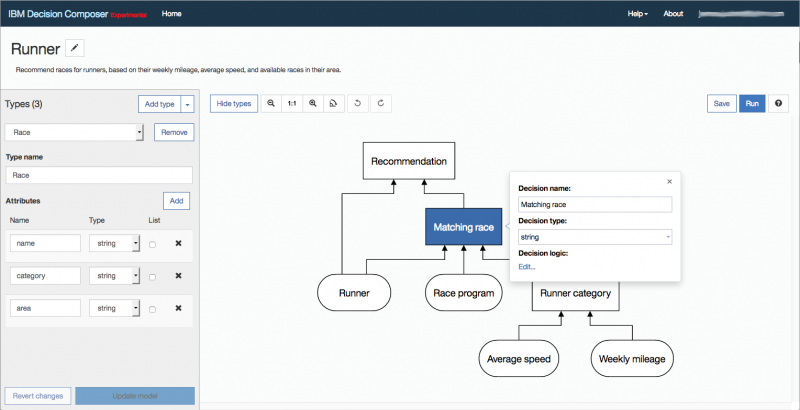 With Decision Composer, IBM is exploring new ways to express and specify decision logic and to make decision modeling even easier and accessible to a wider audience, said Jérôme Joubert, a senior offering manager for IBM Decision Management, in a blog post.

Joubert said the new service is inspired by the Decision Model and Notation (DMN) standard, which is focused on describing and modeling repeatable decisions. It also benefits from years of IBM expertise in decision management tools, he said.

“It brings together all important elements to model a decision: input data that drives the decision process, a diagram that describes the high-level structure of the decision, business rules and decision tables that define the core parts of the logic,” he added.

Decision Composer is a new part of IBM’s Business Rules service on IBM Cloud, which itself helps developers to capture, automate and govern frequent and repeatable business decisions, Joubert said.

“We often see business analysts willing to use DMN and top-down approaches,” he said. “We would like to work with them and share ideas about an integrated modeling environment they would love to use. Also, we believe that modeling decisions should be accessible to a wider audience beyond IT. Ultimately, decisions should be in business people’s hands. The thought process leading to complex decisions is challenging. With this program, we want to propose new ways and techniques and see how far users can reasonably go. And maybe further simplify the process.”

As an example, IBM cited the scenario of a customer discount based on criteria such as status, location, age or loyalty. With Decision Composer, the data and logic used to determine such a discount can be modeled and changed without involving a complex IT process, enabling less experienced developers to be involved in building these types of applications.

The Decision Composer application is available “as is” on Bluemix and accessible from the Business Rules service. However, Decision Composer is not a supported tool and it should not be used for production. Yet, IBM is intent on supporting low-code application development and supplying developers at all skill levels with tools to ply their craft.

In a recent Forrester study on the low-code development market, analyst Jeffrey Hammond wrote, “The market for mobile low-code development platforms is growing because more aspiring, semiprofessional, and professional developers use them to close the gap between demand for mobile apps and the talent available to create them. Tools must support a variety of mobile workloads, as well as developers with varying skill levels.”

The report added that vendors that support multiple workloads with a high-fidelity, what-you-see-is-what-you-get (WYSIWYG) experience will lead the pack. In addition, “Vendors that can provide easy but extensive integration, support mobile specific features (e.g., notifications or TouchID), and create pixel-perfect UIs will emerge as market leaders,” the report said.

“We have a maniacal focus on the developer,” Angel Diaz, IBM’s vice president of Cloud Technology & Architecture, told InApps Technology. We can support rapid application development and address the so-called citizen developer and manage it in a way that the CIO is comfortable with. But then we can go further, it’s not just rapid application development with low-code and no-code, it’s about bringing the capabilities around cognitive, around data cleansing, around content carrying of unstructured data, around blockchain, etc.”

Diaz said IBM is investing in building out that skill set with partnerships with Galvanize and TopCoder.

At its recent IBM InterConnect 2017 conference, IBM and Galvanize announced a set of new cognitive, cloud and data science training initiatives on IBM Cloud aimed at expanding the talent pool of cognitive developers and data scientists.

The announcement extends an existing partnership between the two companies and features a new IBM Cognitive Course delivered on Bluemix. The collaboration also provides physical spaces for training and education through the new Cognitive Builder Fair Initiative and the Cognitive Builder Space. In November, IBM announced a partnership with TopCoder to bring IBM’s Watson cognitive computing cloud services to TopCoder’s community of more than one million developers.

The new IBM Cognitive Course is an online, self-directed, four-week program that will take students about 40 hours to cover a variety of areas such as an introduction to machine learning and artificial intelligence and the business problems these cognitive technologies can solve; prototyping cognitive products with IBM Watson APIs; emerging roles from architect to developer and operations; and the challenges of building a cognitive system in its entirety, IBM said. 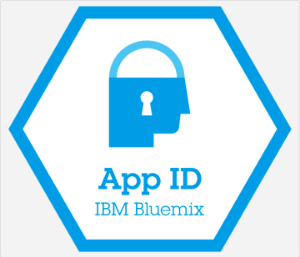 “There is simply more demand for cognitive and AI development skills than currently exists in the market,” said Willie Tejada, IBM’s Chief Developer Advocate, in a statement. “We want to help developers access the skills required to pursue some of the most lucrative jobs in tech while supporting business by increasing the talent pool. The cognitive and AI revolution is upon us, and together with organizations like Galvanize we can advance the state of technology innovation and increase contributions from more people than ever before.”

Meanwhile, IBM also announced a new Bluemix service — known as Bluemix App ID —  that enables developers who are not security experts to easily build third-party security authentication into their apps. The service allows users to log in with existing social media credentials, such as Facebook, Twitter or Google.