This week we analyze more data from the Node.js Foundation‘s user survey. Almost three-quarters (73 percent) of survey respondents said they use a package manager. NPM was used by 60 percent and Yarn cited by 13 percent. Since Yarn sits on top of NPM, in reality these respondents are referring to an interface or tool they actually use day-to-day. Yarn’s use rose 44 percent compared to last year’s study.

Is Yarn a better alternative to NPM? That is up to you to decide. That being said, it is notable that Yarn users are much more likely to care about managing packages across multiple environments. When asked about the importance of managing different packages across multiple environments, 50 percent of Yarn users said it is important (8 on a scale of 1-10) in comparison to only 39 percent of NPM respondents. It is noteworthy that respondents from Latin American and the Asia Pacific region were more likely to say multi-environment package managing is important. 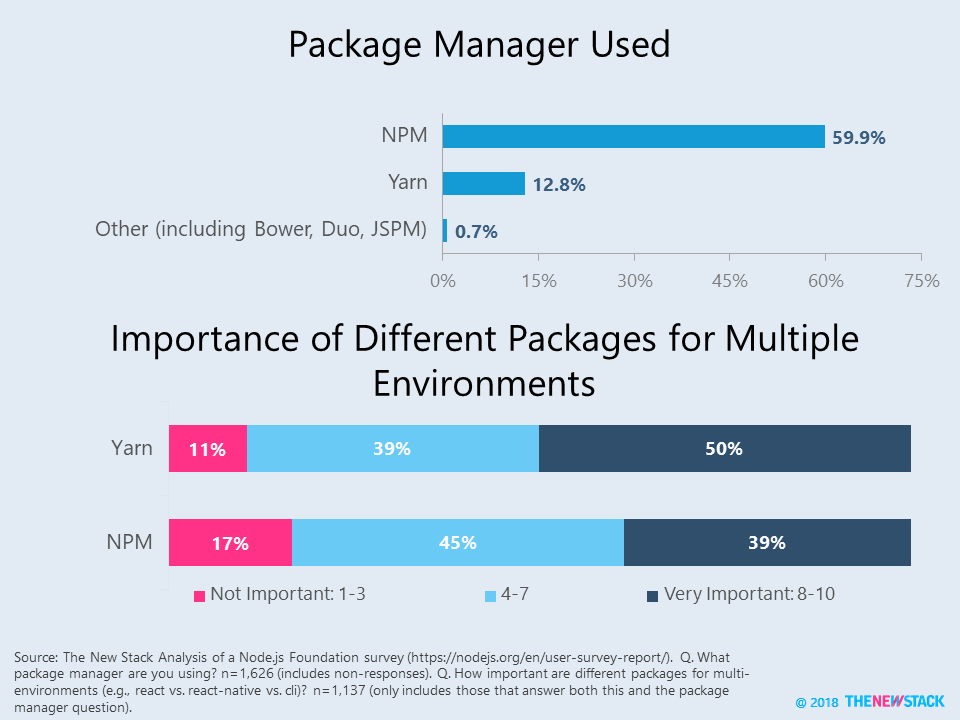 We looked through the raw data provided by the Node.js Foundation and found two questions about JavaScript tooling that were not included as charts in its reports. The graphic below shows the charts we created about transpiler and modular bundler usage. InApps will use this data to support future reporting.

Read More:   Another 68 Things Every Programmer Should Know – InApps 2022 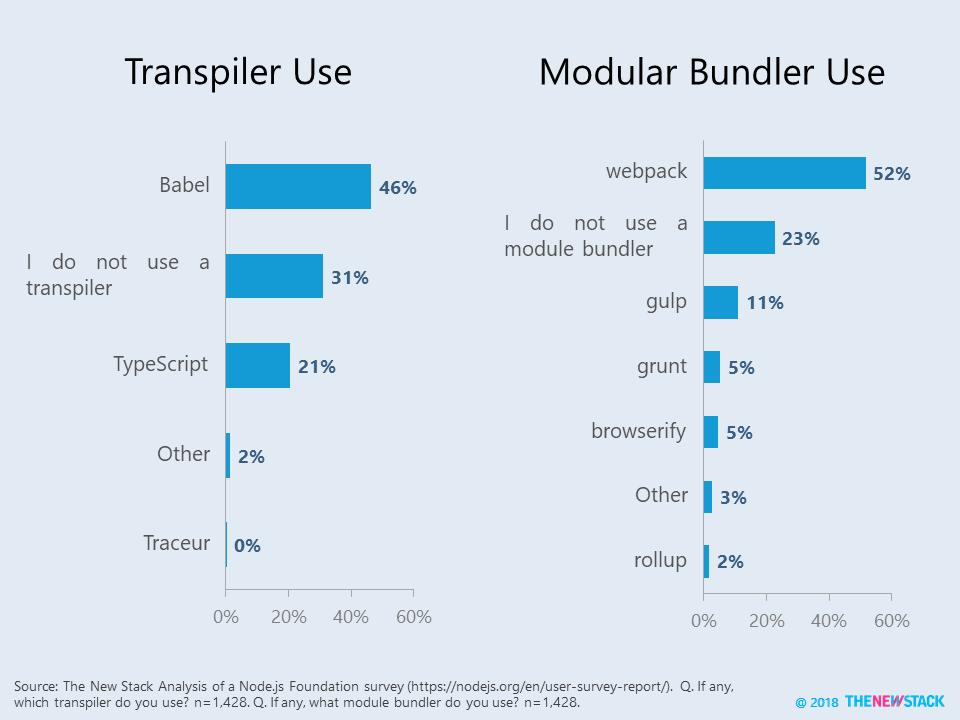