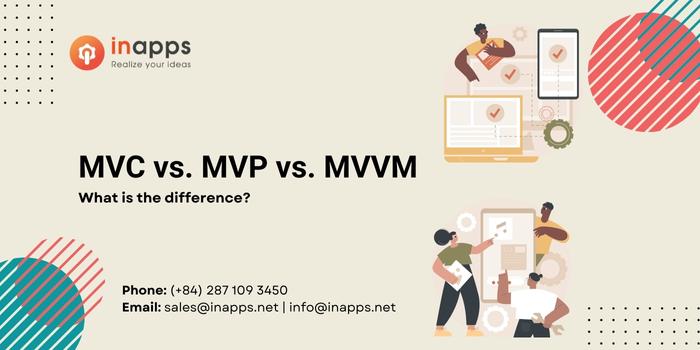 When doing App development in the software industry, we have three types of design patterns – MVC vs MVP vs MVVM.

Design patterns are a great way to reinforce the best practices in software development. They help us structure our applications so that they are easier to maintain and evolve while making sure we have modularity, cohesion, and dependency injection.

But with so many design patterns floating around the software industry, it can be difficult to know which ones are most relevant to your projects. That’s why we are here today- to break down for you the differences between these three design patterns!

On the surface, these three patterns might seem very similar. They all involve a user interface and a controller that interacts with the user interface in one way or another.

However, in reality, these types of design patterns have different use cases and should not be used when situations dictate the need for something other than what they offer.

Learn more about when to implement each type of pattern in this article! In this article, we are going to do an MVC Vs MVP Vs MVVM comparison to find out their specialty features. 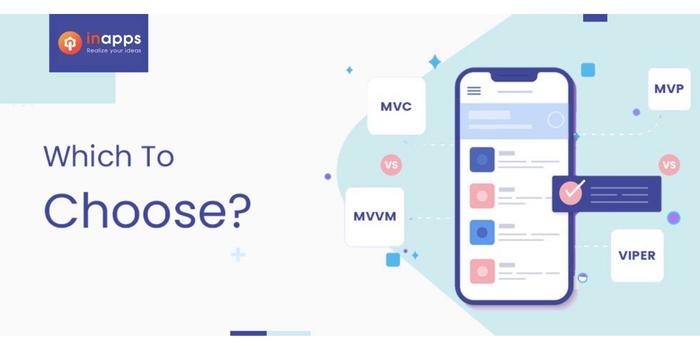 All the design patterns play a very important role in developing applications as best practices that are easy to test, maintain, and loosely combined. Also, these patterns provide the facility to separate the User interface(UI) from the business logic.

Design patterns are utilized to solve common problems like how the objects are going to interact with an application. A pattern isn’t an actual design but more like a framework to simplify the creation of the app.

Though Android app development doesn’t seem tough, it is a little complicated for starters and takes some time to get the finished product. To get rid of these complexities, companies often tend to use their design patterns initially instead of full-fledged development to ease out their work.

Design patterns are a solution to a recurring problem in software design. A pattern is a tried and tested solution to a particular problem, which you can use and adapt for your own needs. The following article will introduce you to the most common of these patterns, explaining what each looks like and when they’re ideally used.

To begin with, we will see a brief description of all the patterns separately-

What is MVC (Model View Controller)?

This is done to separate internal representations of information from the ways information is presented to and accepted by the user. This kind of pattern is used for designing the layout of the page.

The MVC design pattern forms the basis for the first architectural solution of the first programming environment with a graphical user interface – Smalltalk-80.

The architecture of Model-View-Controller is such that it allows you to segregate the data model, user interface, and control logic into three individual components. Since the three components are individuals, any change in a component won’t be reflected in others.

This type of architecture is well suited for those who are working on large app development projects as a team.

This is also very convenient for programmers as it helps in the quick development of apps. For example, some members could work on data models, some on the user interface, and the remaining for designing the database structure.

To put it simply, MVC helps in distributing the work within a team. This helps in improving the overall performance.

Model – It basically represents the data that is to be displayed on the screen. In most cases, this refers to the communication between the databases.

This communication can be in the form of adding new data, changing existing ones, or selecting specific data. It performs operations on the raw data. The data displayed by it to the user could be in any form.

View – View is used for displaying the data taken as input by the model to the user. It represents the User Interface components like HTML and XML.

It receives at the input a set of raw data that must be transmitted to the user and formats it following the requirements of the user.

What is MVP model?

In MVP, the presenter assumes the functionality of the “middle-man”. In MVP, all presentation logic is pushed to the presenter.

Although MVP is a derivation of MVC, they do have their slight differences.

Model  – The Model represents a set of classes that describes the business logic and data. It also defines business rules for data means how the data can be changed and manipulated.

View – View is used for making interactions with users like XML, Activity, and fragments. It has got nothing to do with the logic that is to be implemented in the process.

Presenter – It is the processing unit of the system. The presenter gets the input from the View, processes the data with the help of Model, and passes the results back to View after the processing is done.

To simplify the MVP model, the presenter responds to the input data and returns it to View after the processing is done. View and Presenter are not related to each other and interact only through the interface.

What is MVVM (Model–view–view model)?

Model–view–view model (MVVM) is a software architectural pattern that facilitates the separation of the development of the graphical user interface (the view) – be it via a markup language or GUI code – from the development of the business logic or back-end logic (the model) so that the view is not dependent on any specific model platform.

In other words, it supports a two-way data channel between the View and View-model. It brings together the best strengths of MVC and MVP by reducing the limitations. It is commonly used in designing the architecture of an application.

The software industry is always changing, with new development approaches arising all the time. One of the more recent approaches is MVVM, which has been developed to help developers in three key ways. We’ll go over these in detail in this article!

View –  View is a graphical interface between the user and the design pattern, similar to the one in MVC. It displays the output of the data processed.

View-Model – View-Model is on one side an abstraction of the View and, on the other, provides a wrapper of the Model data to be linked. That is, it comprises a Model that is converted to a View, and it also contains commands that the View can use to influence the Model.

Let’s find out MVC Vs MVP Vs MVVM, main points of differences here-

MVC Vs MVP Vs MVVM – The comparison

Design patterns are guidelines to follow when structuring and designing a webpage or computer application. Design pattern emphasizes simplicity and favorability, which helps in the development of software. This article is about listing different types of design patterns and the difference between them that we can use in our design process.

The comparison between MVC, MVP and MVVM are mentioned below-

Design patterns are the best way to simplify code and make it easier for developers to work on a project. This article intends to help students and professionals alike understand the various types of design patterns, what they are used for, and when it is best to use them.

App development has become an essential part of expanding your business. For that, you need to develop an app and the app should also be attractive and smooth in working.

We have already talked about the problem that designers usually face when it comes to choosing between a number of design patterns.

A pattern is a recurring solution to a design problem. Patterns are one of the most valuable resources in UI/UX design because they allow designers to be more creative by reusing ready-made solutions to repetitive problems.

For making apps attractive, we have design patterns like MVC, MVP, and MVVM. All these models are almost the same but differ in some features.

MVC is suitable for basic app development whereas MVP and MVVM are more suitable to use when the app needs to undergo complex operations. So, it is best to see what design pattern suits your requirement.

InApps has many experiences in developing MVPs for businesses worldwide from Startups, and SMEs to enterprises. Learn more about our MVP development service or contact us to get a free consultation.

What are design patterns?

Design patterns are a great way to reinforce the best practices in software development.

How Design patterns are helpful?

They help us structure our applications so that they are easier to maintain and evolve while making sure we have modularity, cohesion, and dependency injection.

How to implement design patterns?
Design patterns are utilized to solve common problems like how the objects are going to interact with an application. 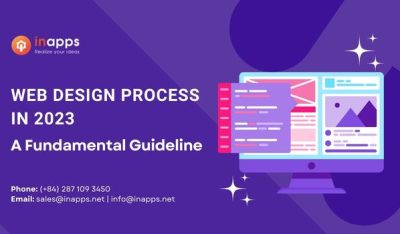 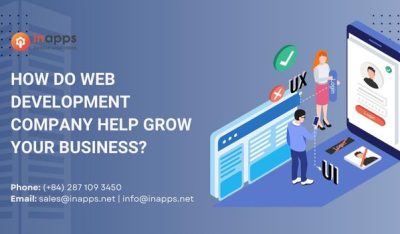 How Do Web Development Companies Help Grow Your Business? 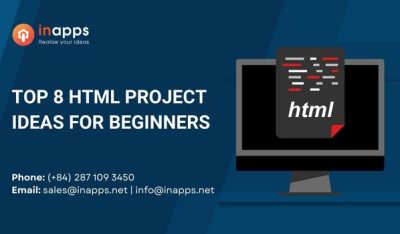 What is WordPress Plugin Development? 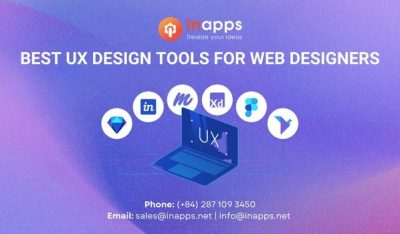 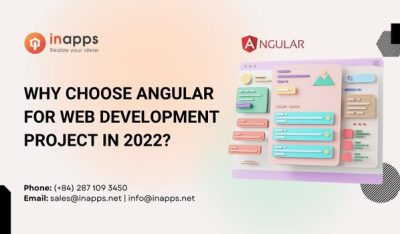 Why choose Angular for Web Development Project in 2022? 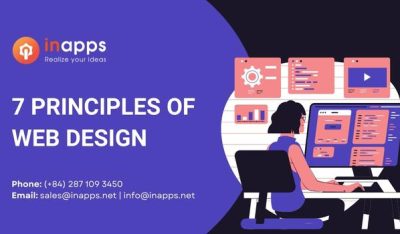 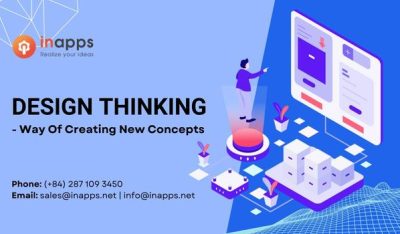 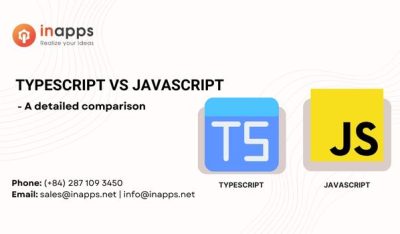 Comparison of TypeScript vs JavaScript