After completing animation engine Velocity.JS, developer Julian Shapiro needed a tool to gauge the project’s adoption rate, leading him to create one that aggregates data on open source JavaScript libraries. 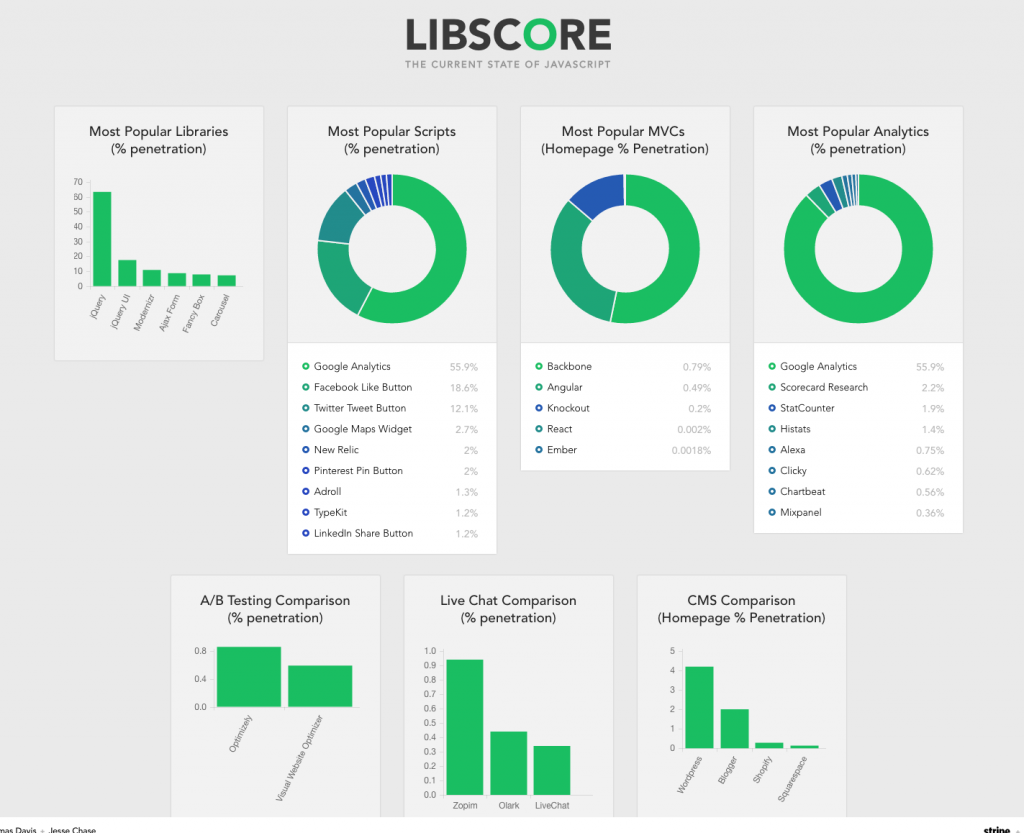 He’s partnering with fast-growing DigitalOcean, a hosting service focused on developers, and payment service Stripe, which Mashable named the breakthrough startup of 2014.

“I knew people were using Velocity, but I couldn’t quantify its usage, let alone compare its adoption to that of similar libraries,” Shapiro says in his announcement of Libscore.

“Once Libscore was built, I was not only able to get an idea of Velocity’s popularity among web developers at large, but I was also able to discover who my most popular users were.”

With that information, he listed them on Velocity’s homepage to bolster the project’s credibility to prospective users.

“Last time I checked, there were hundreds of libraries and I expect it to be nearer a thousand. It would be very nice if it includes links to the libraries and maybe a brief summary. …

“I expect jQuery to be on top, but it’d be interesting to see where others rank. …Now if only they could extend it to other programming languages such as C#, PHP and iOS,” he said.

Shapiro, who sold his domain name startup NameLayer to accelerator TechStars in September 2013, was one of three developers chosen for the Stripe Open Source Retreat. His animation engine Velocity.js, an alternative to jQuery’s $.animate function, improves the speed and workflow of UI animation.

After that retreat, Shapiro wrote:

“I’m working with both Stripe and DigitalOcean on a project that will hugely empower open-source developers across the web. I think this upcoming project will be significantly bigger than Velocity.”

Stripe just raised a new $70 million in a round that includes Sequoia Capital and Thrive Capital. Its valuation has doubled in less than a year to $3.5 billion.

Digital Ocean is a sponsor of InApps.