In a fitting goodbye to 2016, Stack Exchange has released some new statistics about its site Stack Overflow and its sister answer sites on its annual “Year in Review” report. The single most single most-viewed question across their 162 properties?

“How do I get Pokemon Go to detect my phone’s orientation?”

That question was viewed 535,546 times on its gaming site Arqade. Such popular questions “tend to reflect technology trends,” wrote Jon Ericson, Stack Exchange Community Manager. Indeed, other top questions of 2016 across the company’s many sites reveal what’s on people’s minds across the globe:

Throughout the year, and across all those 162 sites — which include Stack Overflow, Ask Ubuntu, and the Internet of Things Stack Exchange — over 4.5 million new answers were posted in 2016. And of course, “We couldn’t get those answers without a stream of new questions,” wrote Ericson, adding that there were 3.6 million new questions posted in 2016.

In addition, people posted 14.4 million comments, many adding additional information. Readers cast 3.6 million downvotes for answers or comments they found unsatisfactory. But there were 24.9 million upvotes  — nearly seven times as many.

Read More:   A Closer Look at Golang From an Architect’s Perspective – InApps 2022

And 1.5 million times throughout 2016, a user who’d asked the question was satisfied with an answer and marked it as “accepted.”

Overall, the flagship site Stack Overflow — that oft-consulted help site for computer programmers — showed an increase of just 100,000 for both questions and answers over last year’s numbers.

“We think we’ve saturated our current audience and should be looking at groups who feel marginalized or poorly-served by the system today,” wrote Ericson, suggesting they could do more for their non-English language sites — Portuguese, Japanese, Russian and Spanish.

The site’s community of programmers provided 3.1 million answers, of which 1.1 million were accepted. There were 2.4 million downvotes and 16.8 million upvotes.

But what’s more interesting than the statistics may be the company’s ongoing sharing of the data itself. Its report also highlighted the site’s new data tools — 2016 saw the release of StackLite, a smaller “lightweight” version of its community data set. (Interestingly, it showed that consistently, year after year, there’s more questions about Python, than Perl, Ruby, Powershell, or Bash.) 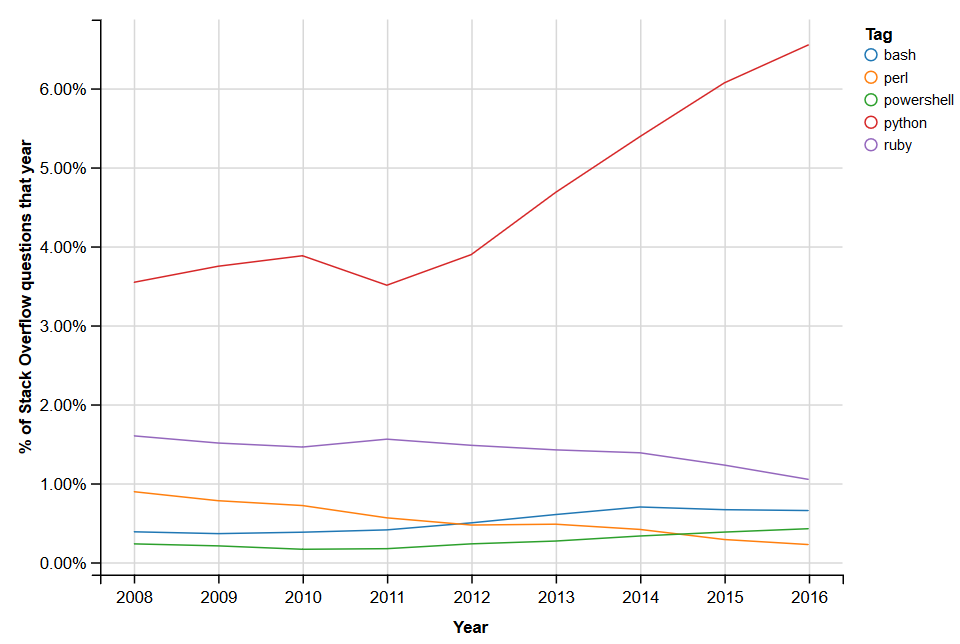 There was also a new user-contributed tutorial about its 2010 web tool, the Stack Exchange Data explorer. 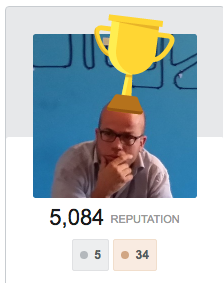 The site’s new documentation feature has already lead to 21,954 examples spread across 6761 topics, with 890 tags. “Our vision of Documentation will only succeed when many developers pitch in with improving edits,” wrote community manager Ericson. “So it’s encouraging that 10,238 users have contributed 49,486 approved changes…”

The company also replaced its resume section last year with “developer stories” — and there were 278,455 users who made an update.

But it wasn’t a case of all work and no play for the community. In 2016 the site introduced cartoon hats for their users’ avatars and reported that 797,074 hats were ultimately awarded to 215,960 different users.

And April Fool’s Day saw the release of an online video game called UniKong — an original Stack Overflow-themed knock-off of Donkey Kong in which its top-rated commenter scrolls his way past pesky trolls. 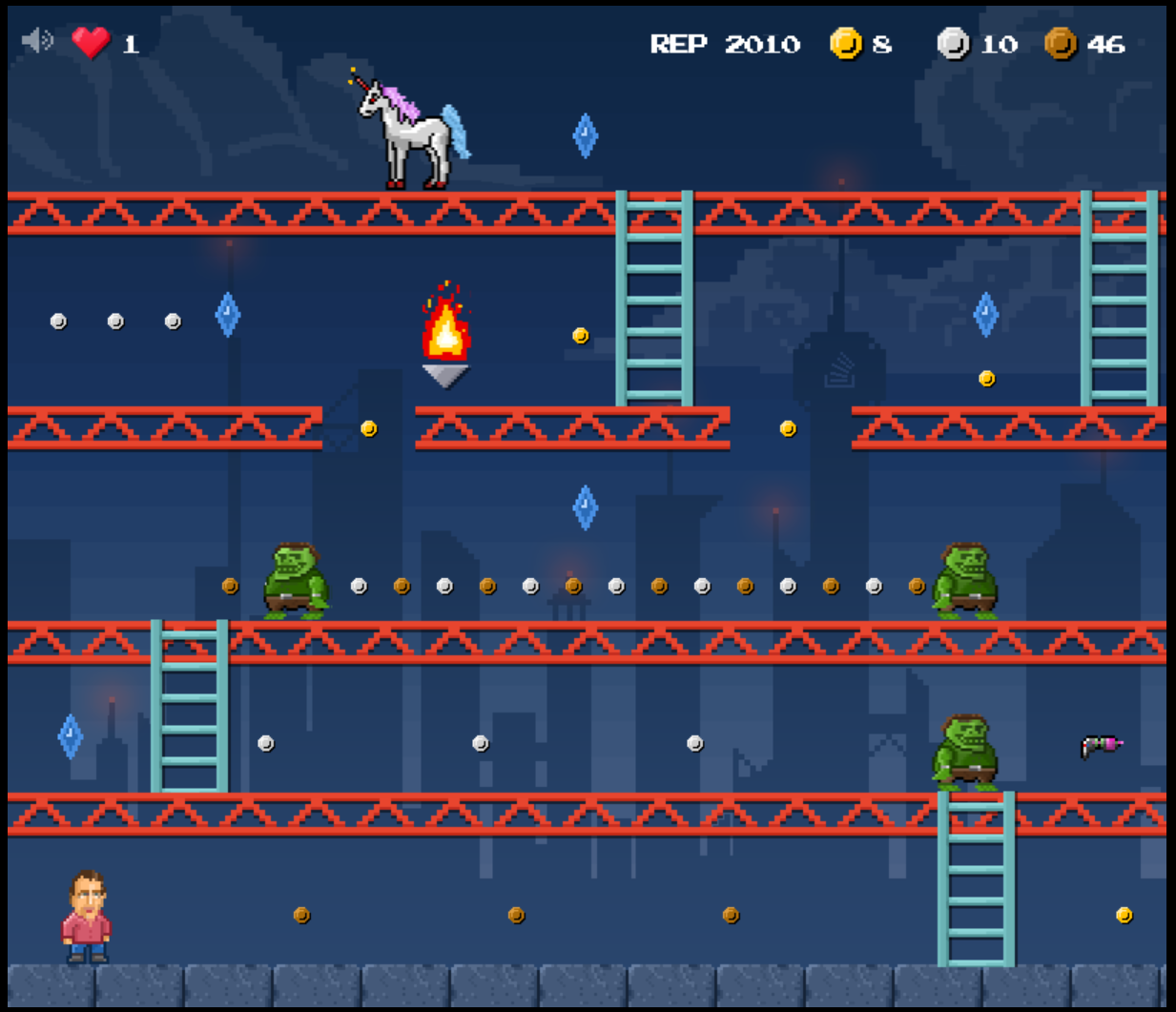 The report opens with a quote from Socrates. “It is quite clear that they never learned anything from me; the many fine discoveries to which they cling are of their own making.” And Ericson drives the point home in the annual report’s conclusion.

“Like Socrates, Stack Overflow Inc. serves as a midwife to knowledge. We don’t create informative content; we merely manage the systems that enable users to build up a corpus of knowledge.”

In a fitting coda, last week saw news of the first-ever Stack Overflow answer from Antarctica.

Perhaps proving that there’s just might be more new milestones waiting in 2017.