The Force of Developer Experience and Workflow – InApps Technology 2022

A recent conversation within the Datawire team about what the term “PaaS” really means — and how this relates to developer experience (DevEx) and workflow — triggered lots of internal conversation that I believe would be good to share. I know from working with customers and from chatting to people at conferences that other teams deploying applications onto (and similar platforms) are also somewhat unsure as to the relation between the “platform” and workflow, and I hope to provide some clarity — or at the very least learn something as I get trolled in a constructive manner! 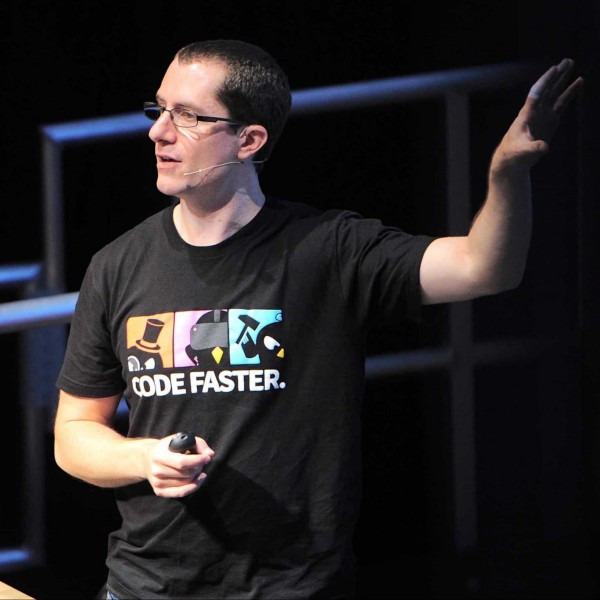 Daniel Bryant works as an Independent Technical Consultant, and currently specializes in enabling continuous delivery within organizations through the identification of value streams, creation of build pipelines, and implementation of effective testing strategies. Daniel’s technical expertise focuses on DevOps tooling, cloud/container platforms, and microservice implementations. He also contributes to several open source projects, writes for InfoQ, O’Reilly, and Voxxed, and regularly presents at international conferences such as OSCON, QCon and JavaOne.

When I talk about this model with friends and clients, I generally get some form of agreement on the concepts and structure. The disagreement begins when we start discussing the coupling between the concepts, particularly in relation to a platform-as-a-service (PaaS).

These Aren’t the Platforms You’re Looking for

I often hear that “a PaaS always has a built-in workflow,” or “if you are running a PaaS, then you don’t need to know about infrastructure.” I don’t particularly agree with these statements, and in an effort to build shared understanding, I typically start explaining about my mental model of the generations of PaaS:

I believe the confusion between the coupling of platform and workflow arises as many of us (including me) have been happily deploying our coarse-grained (monolithic?) style applications where either the workflow is tightly coupled with the platform — i.e. First and Second Generation PaaS — or the workflow has been loosely-coupled but so well-defined that we don’t notice the friction — i.e. building and deploying language-specific artifacts onto traditional infrastructure or Third Generation PaaS.

The challenge emerges with the fourth Generation platforms, where the technologies are still maturing, and the architectural and related organizational best practices are also still co-evolving — think microservices and serverless, and the inverse Conway maneuver, respectively. There is also increasing pressure from the business for speed, stability and visibility, and this is often being realized by decoupling business processes (forming cross-functional business units) and devolving decision making to teams working at the front-lines — this is typified by business movements such as holacracies and Teal organizations.

Looking back to my software development layers above, a key point to note is that our infrastructure and platforms are becoming increasingly more distributed and decoupled, but they are enabled by a centralizing force — for example, AWS in the case of an infrastructure, and the Kubernetes (Apps SIG) community in the case of a platform — which defines common protocols, standards and interfaces. Our workflows are also becoming distributed, but I don’t think we have centralized forces here yet — i.e. a common descriptive language, set of tools, and pre-defined (pluggable) workflow steps.

Increasingly with organizations embracing Kubernetes I am seeing teams creating bespoke developer experience workflows — often differing across teams within a single organization — which leads to fragile solutions and limited shared learning. Often these teams try to codify their workflow in such a way that they, in effect, end up building a platform on top of Kubernetes. Don’t get me wrong — deploying onto a platform is essential — but the concepts of a platform and the workflow should be thought about and designed separately. Tightly coupling the platform and workflow leads to inflexible developer workflows.

I believe the Kubernetes “platform” is becoming somewhat clearer as we enter 2018. Kubernetes itself is maturing nicely, and the promise of what service meshes powered by the likes of Envoy, Conduit and Cilium appear to be filling in some of the missing parts of a platform. However, there is still much thinking to be done around developer experience. We are seeing best practices within the operational space being codified within methodologies like Weaveworks GitOps and Atlassian’s BDDA (Build-Diff, Deploy-Apply), and I believe there is something analogous that will emerge in the application development (AppDev) space.