Richard is senior editor at InApps Technology and writes a weekly column about web and application development trends. Previously he founded ReadWriteWeb in 2003 and built it into one of the world’s most influential blogs. Follow him on Twitter @ricmac.

Last week I presented my top internet technologies of the year. This week I’m going to review the top stories of the year. Believe it or not, there isn’t a lot of overlap. A newsworthy story in the tech industry often isn’t about the best technology. Sometimes it’s hype, other times controversy, and still other times it’s a story that is stranger than fiction.

Four of the following five headline-grabbing tech stories of 2021 fall into one of the above categories. The other, thankfully, is a news item that actually celebrates an awesome technological achievement.

Let’s start with the biggest story of the year, certainly in terms of noise…

“Web3” wasn’t a single news story, rather it was a rolling ball of hype that gathered momentum over 2021. Cryptocurrency enthusiasts and investors succeeded in making Web3 the new Silicon Valley catchphrase this year, to the point where it now dominates discourse on Tech Twitter. You’re either a lover of Web3 or a hater; a believer or a skeptic. There is no in-between.

In my analysis of the technical architecture of Web3 earlier this year, I concluded that the architecture is too complex, there are glaring technical limitations, platforms like Ethereum are slow and expensive (not to mention the environmental impacts), and there’s no evidence yet that mainstream users even want blockchain applications.

But none of this seems to matter to Web3 believers — or indeed most tech news reporters, who usually gloss over the technical details when covering crypto. From a news angle, Web3 is a story defined by the hype.

Other than cryptocurrency speculation, NFTs (non-fungible tokens) is the aspect of Web3 that has most captured public attention. My favorite NFT story of 2021 was also a deeply ironic one for me, given the reverence I have for the person at the center of it.

In June of this year, Sir Tim Berners-Lee — the inventor of the World Wide Web — put an NFT of the web’s code up for sale at Sotheby’s. The NFT also included a letter from Sir Tim and an animated video, but the source code was the main attraction. It eventually sold for $5.4 million at the end of June. The sale was controversial, although Berners-Lee compared the NFT to a signed poster and said that proceeds would go to initiatives he and his wife supported. If even the web’s inventor sold an NFT, well perhaps we should all just shut up and accept our Web3 future.

The second-biggest story of the year was Facebook’s pivot to the metaverse, a 3D vision of the internet that will include virtual reality (VR), augmented reality (AR), and presumably everything in-between. The company even renamed itself Meta, to better reflect its new strategy (and probably also to get a fresh brand start, after a year of negative media coverage and multiple whistleblowing stories). 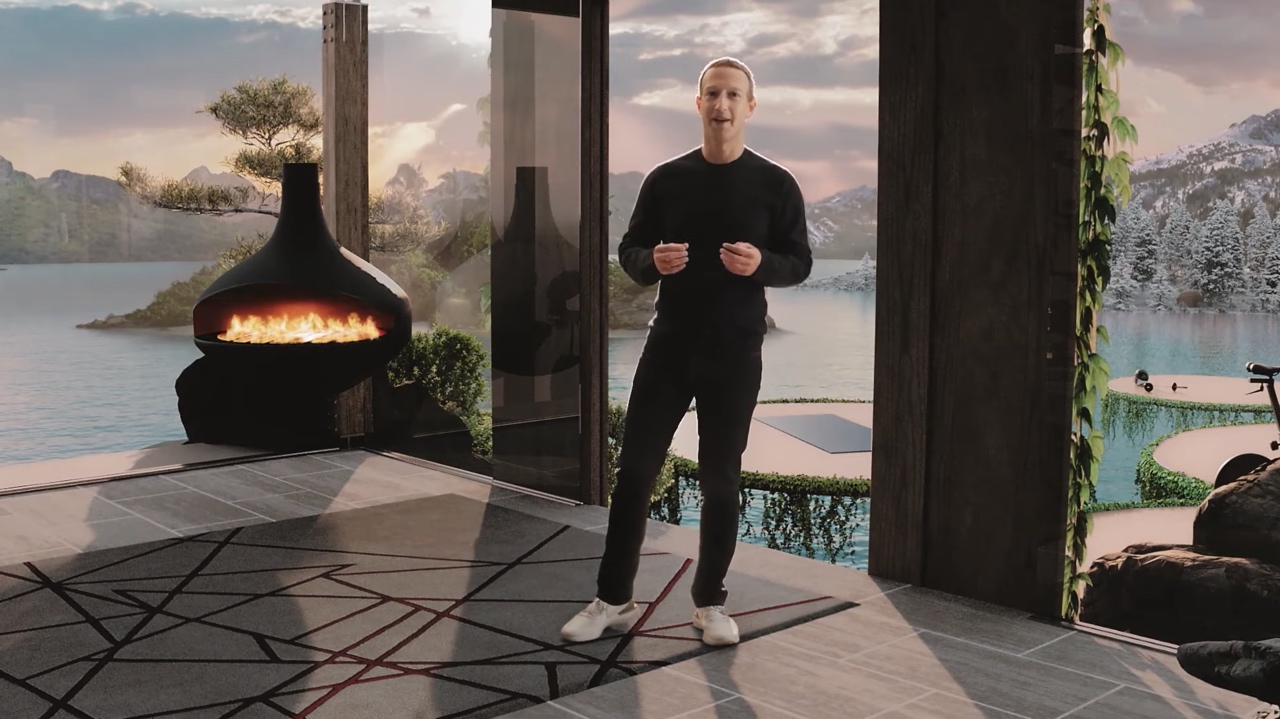 Mark Zuckerberg in the metaverse

When announcing the pivot, CEO Mark Zuckerberg pitched the metaverse as “the successor to the mobile internet.” Despite the mobile internet being a duopoly (Apple and Google), he then talked about how interoperability will be a key part of the metaverse. The implication was that users will be able to easily move from one metaverse platform to another with the same set of technologies (virtual reality headsets, augmented reality standards, and the like).

Like Web3, Meta’s conception of the metaverse is largely unproven at this point. Other than the latest version of Oculus Quest and new products like Horizon Workrooms (its VR workplace), the company doesn’t yet have a working metaverse platform. It’s also unclear how it will achieve interoperability with other metaverse platforms, such as Nvidia’s Omniverse.

As with Web3, we’ll have to wait and see whether Zuckerberg and co can actually deliver the products to back up the metaverse hype.

3. Photoshop on the Web

Now to the one top news story this year that was based on actual, proven, internet technology innovation. Towards the end of October, Google and Adobe announced a public beta of Photoshop on the web. 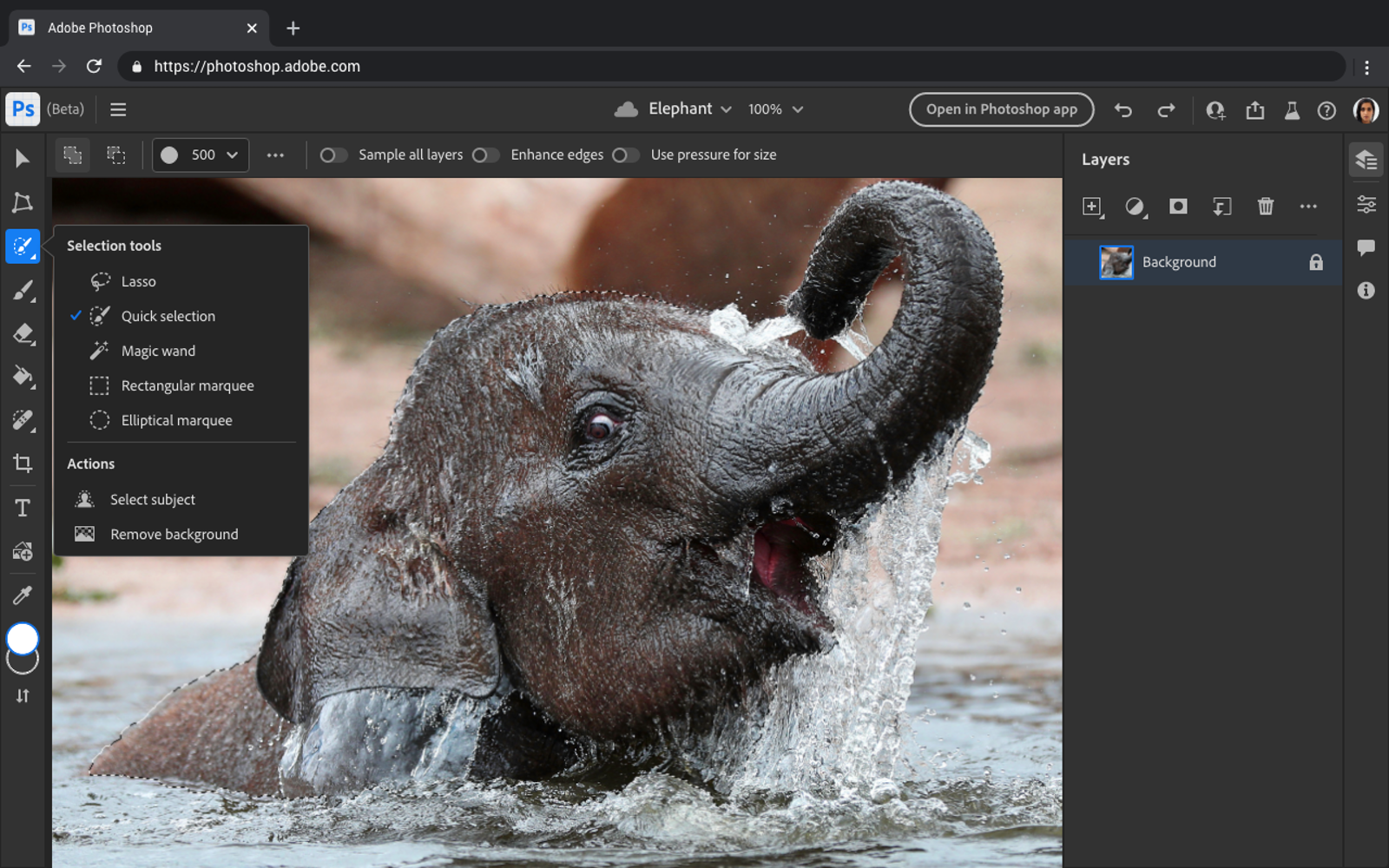 Photoshop on the web; via web.dev

Bringing Photoshop to the web, albeit not with its entire desktop functionality, is undeniably a landmark event for web development. It was long thought that Photoshop could never be a web application, given its complexity. In a congratulatory tweet, Google’s Ben Goodger, a veteran browser developer and now director of product in the Chrome team, called it “a huge leap forward — and a fantastic example of why it’s important to keep making the web more powerful!”

The proviso is that the web version of Photoshop currently only works in Google’s Chrome browser. Even so, this project shows how far browser capabilities have come.

Interesting also to note that WebAssembly, one of my top five internet technologies of 2021, enabled Adobe to bring large portions of its Photoshop codebase to the web.

Another story that rumbled along throughout the year was Apple’s controversial stance of not allowing competing browser engines on its iOS platform. If you’re an iPhone user who downloaded Chrome from the App Store, you might be surprised to learn that this is a neutered version of Chrome. It doesn’t use Google’s Blink web engine, from the open source Chromium project, but instead, it’s built on Apple’s WebKit engine.

By forcing browser vendors like Google, Microsoft and Mozilla to use WebKit, Apple is deliberately restricting the functionality of web apps on iOS. It’s why many of the features of progressive web apps (PWAs) do not work on an iPhone or iPad.

By the end of the year, the pressure had increased on Apple in relation to mobile browsers. In June, the UK’s Competition and Markets Authority (CMA) started a market study into mobile ecosystems, focusing on Apple and Google, and this month it released its interim report. The CMA noted in regards to the browser ban, “As a result of the WebKit restriction, there is no competition in browser engines on iOS and Apple effectively dictates the features that browsers on iOS can offer.”

It remains to be seen if this alters Apple’s mobile browser strategy in 2022, or even results in geopolitical interventions.

5. Worldcoin and The Orb

Finally, here’s my vote for the wackiest internet technology story of the year. Of course, it comes from the crypto world. In October, crypto news blog CoinDesk wrote the following teaser in a news story: “Would you let a chrome, volleyball-sized sphere scan your retinas in exchange for crypto?”

It turned out this wasn’t a joke, but an actual product that a company called Worldcoin had come up with — “The Orb” literally scans your retina and pays you cryptocurrency in return. It has raised $25 million from investors including Andreessen Horowitz (a16z) and Coinbase Ventures. 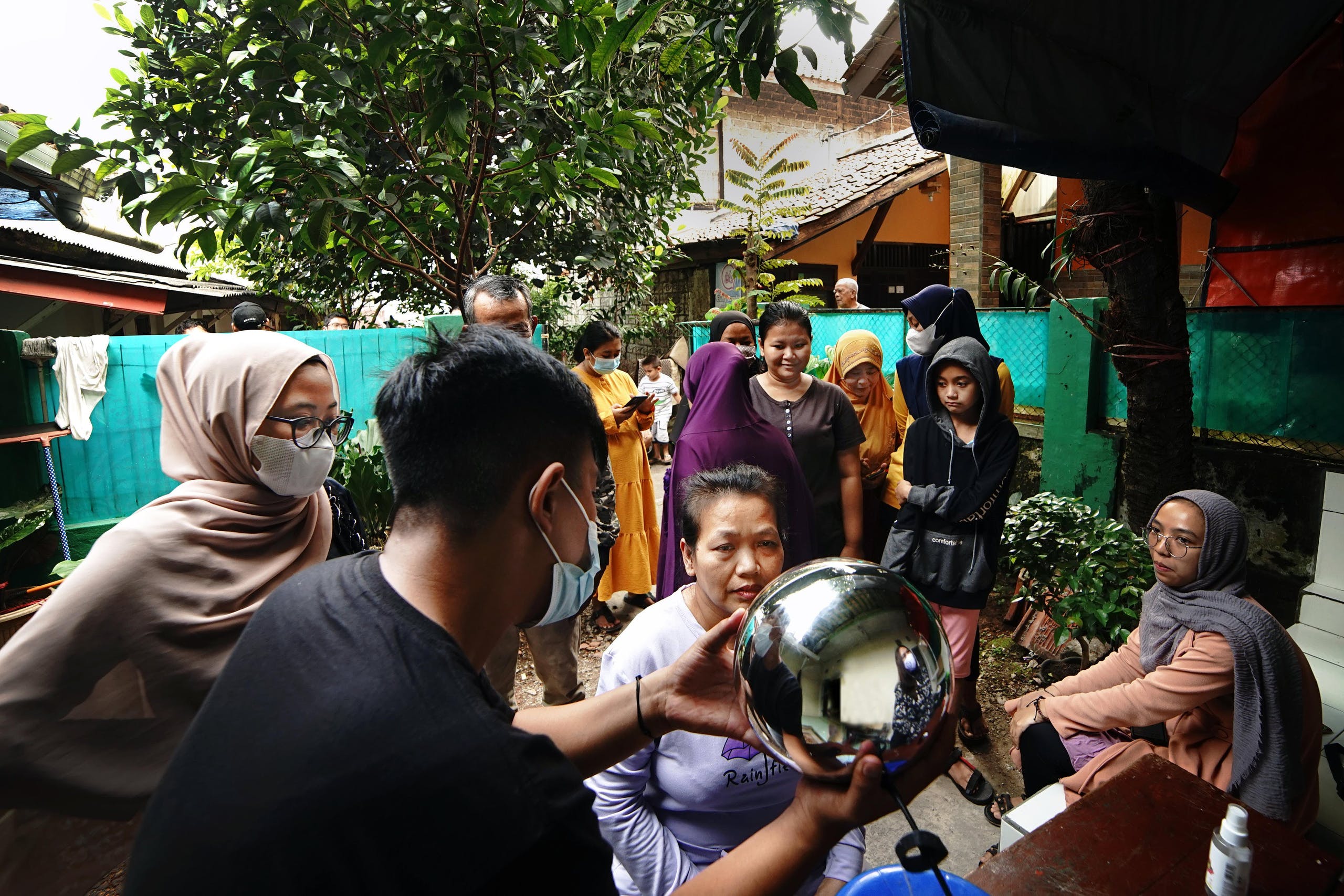 I don’t think even Neal Stephenson, the SciFi author who coined the term “metaverse,” would be able to top this as a dystopian fable. Check out this CoinDesk description of “Orb Operators,” who are the crypto equivalents of Uber drivers:

“The Orbs are handled by independent entrepreneurs Worldcoin calls “Orb Operators” who take the devices into the world — into remote villages and metro stations and university campuses — and convince people to sign up for free worldcoin with an eye scan, which the Orb uses to create a unique identifier called IrisHash that ensures the person is a human who has not collected worldcoin before.”

Co-founder Sam Altman, the CEO of OpenAI and the former president of Y Combinator, has conspicuously not mentioned Worldcoin since its launch. “I definitely underestimated the visceral reaction to using biometrics for identity verification,” he wrote in his most recent tweet about the initiative, back in October.

So, look out for roaming Orb Operators in your neighborhood next year! Or perhaps you’ll see them in the metaverse, hawking NFTs as well.