Advancements in client-side programming, with countless applications being able to compile and run within a browser, are why junior developers say that 39% of their most recent web application’s business logic is located in the client as opposed to the server. In contrast, only 30% of developers with more than five years of experience say likewise according to a February 2021 survey conducted for DZone’s “Modern Web Development” trends report.

Despite some movement around “headless content management” with Jamstack and even WebAssembly, there is no statistically significant change in where developers are locating their new code. A huge base of legacy web applications means these stats may move at a snail’s pace over the next few years.

“Business logic” is often a shorthand to describe the application logic that provides unique value to an organization. Business logic is what is placed on top of a core set of infrastructure and abstractions. It doesn’t matter if that infrastructure is called a browser, server, virtual machine or container. If thought about this way, some strategists suggest that everything but the business logic should be “outsourced” to infrastructure providers, vendors or an open source community. At the end of the day, should developers be responsible for about 40% of the business value (aka, business logic) in applications? 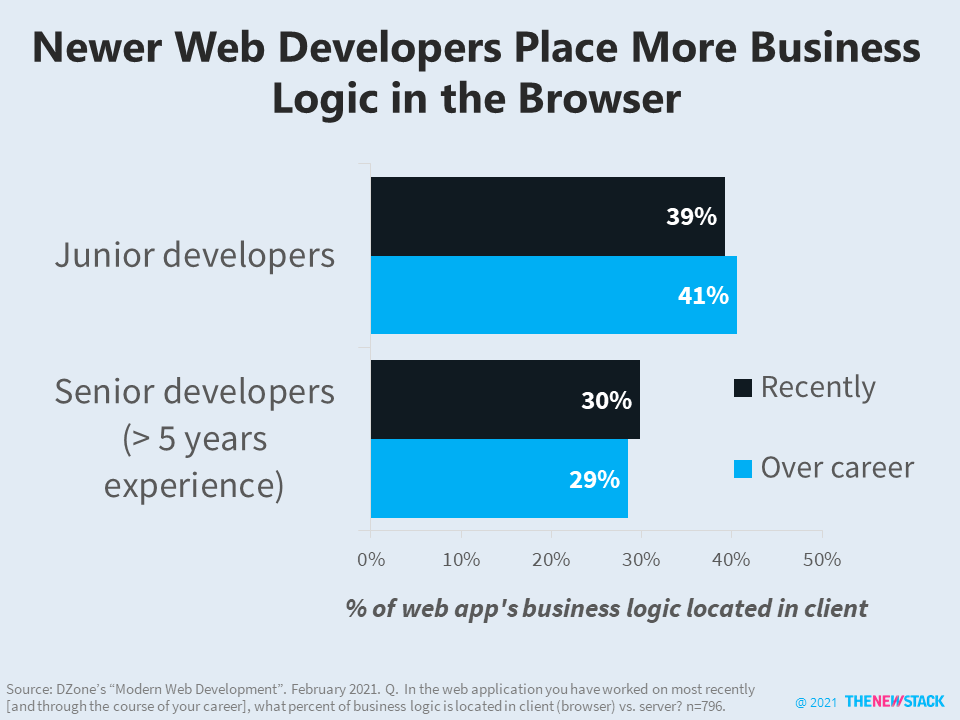