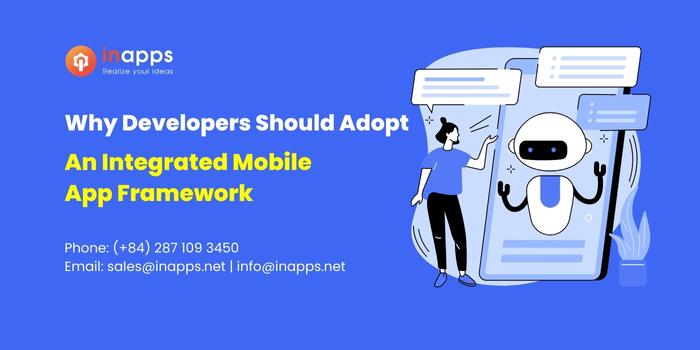 Why You Should Use an Integrated Mobile App Framework – InApps Technology

To achieve these goals, efficiency is the key point. Developers need to streamline their work by reducing time on glue code and other comprehensive code required for data sync and diminishing duplication of efforts across teams.

However, enhancing efficiency is a daunting task, especially when developing apps for use in an offline-first environment or that require a real-time view of data.

To ensure that up-to-date information is immediately available across a variety of users and devices, these apps require local data persistence, a backend database, and a sync mechanism between the two, which is typically built using REST APIs.

So, how to help your organization’s experts achieve the goal of optimizing both app quality and speed?

Employing an integrated mobile app framework is the shortcut that your organization is looking for. In today’s post, InApps will help you answer the question of “Why You Should Use an Integrated Mobile App Framework” 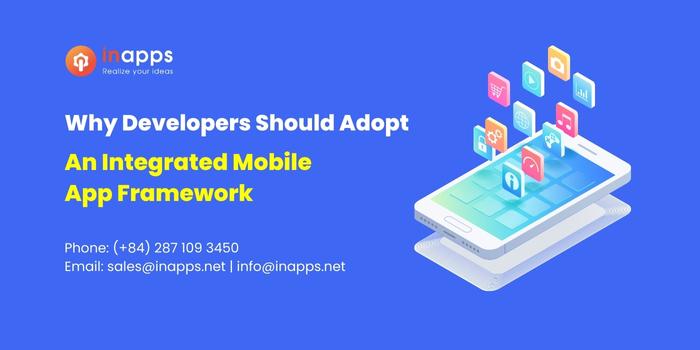 But before jumping into the question, we’ll talk about the key challenges that in-house developers face when it comes to building apps.

Many software development teams start down the path of building everything themselves, only to encounter significant challenges. Although every organization, and every app, is unique, these teams often run into similar stumbling blocks.

Working With a Database Not Designed for Mobile

When faced with the daunting task of building an entire tech stack from scratch, most developers begin with familiar technologies. However, standard technologies may impede the team’s overall productivity and the performance of the mobile app.

If the selected technologies were not designed to simplify mobile development, developers might end up with large and inefficient apps that poorly perform and or can not sync with backend databases after running offline.

Moreover, the developers also have to spend time working with ORM, writing glue code, and translating between API and the app’s native language objects.

As a result, the whole aforementioned process will take up a large amount of time and slow down the efficiency of the team. This can lead to an app with a larger footprint, higher energy consumption, and more error-prone than an app built using mobile-first technology.

Today’s mobile app architectures can become complicated quickly. When mobile apps require data synchronization, your team might initially choose to use REST APIs due to their familiarity and perceived simplicity.

But when building offline-first mobile apps, this approach can create substantial work for developers, who must do the time-consuming work of addressing error handling and retrying conditions to prepare for connectivity interruptions or other communication issues.

As you add new features to your app and your data model evolves, you may need to modify a large amount of code. Over time, all that code will need time-consuming maintenance and debugging.

If you have multiple teams working on multiple apps, teams might duplicate this inefficient, time-consuming coding work to build data sync from one project to the next.

Without standardizing data synchronization across your organization, you could wind up with several siloed teams writing complex code in parallel, wasting more time and resources. 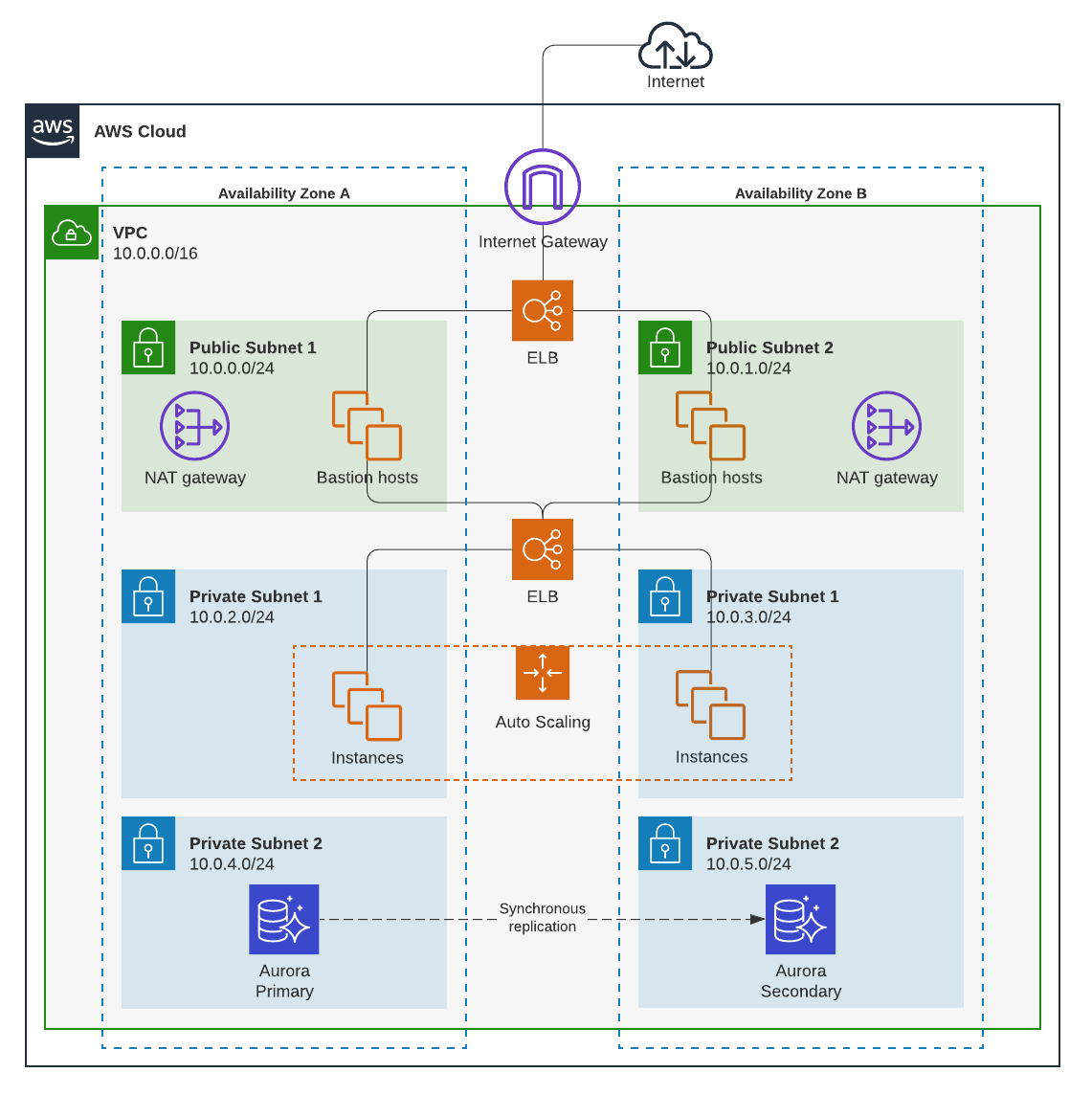 If your developers have to spend time maintaining a complex sync service or see app performance limited by choice of datastore, they will be less able to focus on building and delivering engaging new features to production.

Some organizations scale back their apps so they can still meet deadlines. But if you create an app that lacks key functionality or earns mediocre reviews in the app store, users will seek alternatives or abandon the app altogether.

Why Developers Should Use An Integrated Mobile App Development

By adopting a native app framework, you can simplify the development process and increase the efficiency of your team. This approach can help keep your developers save time to focus on delivering high-quality apps.

This required a lightweight which is an open-source mobile database that is embedded directly in the client with an object-oriented data model that works across iOS, Android, and other platforms.

But how to maintain complicated sync capabilities?

The team needs to have comparable database environments that are both on the client and cloud services to tackle all conflict resolution when devices come online. Moreover, the environments must scale with the usage to help teams be free from worrying about the backend.

And lastly, it’s important to avoid the building, managing, and maintaining a complicated architecture. With technologies designed for mobile apps, you enhance efficiency and reduce the need for extensive custom coding.

And by adopting such a framework across your enterprise, you can eliminate duplicative efforts from one team to the next. Your team can deliver higher-quality apps to production faster and be more responsive to changing user needs.

Integrated technologies reduce that complexity, enabling your team to focus on innovation and to deliver high-quality apps and new features rapidly.

All about Mobile App Framework

React Native is a cross-platform app development released by Facebook. The framework enables you to develop mobile apps using JavaScript and those applications can later be downloadable on Google Play and Apple store.

Flutter is a cross-platform mobile app development framework provided by Google. With a single code base, developers can easily build and deploy applications for mobile (iOs, Android) that are both visually attractive and functional.

By allowing programmers to use existing material from the internet rather than starting from scratch, Xamarin enables anydevelopers to build unique applications for their company. 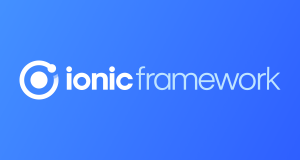 Ionic is a framework for creating Progressive Web Apps (PWAs), hybrid, and cross-platform mobile apps. This is a user-friendly framework that combines Apache Cordova (PhoneGap) and Angular to allow developers to create Android and iOS applications that work in tandem.

The case study is a real-world example of Humanitix – a nonprofit organization that transforms ticketing fees into education programs for disadvantaged children.

For Humanitix, the key to building an offline-first mobile check-in app for huge events was the Realm Mobile Database and MongoDB Realm Sync service.

The company desired to build an app that could keep track of participants’ check-in activities from different gates even when the network connectivity is unstable for the scanning devices.

Initially, the company’s developers began to build the app in-house using SQLite to store data on the device and REST APIs to sync data with the backend MongoDB Atlas database.

Unfortunately, the app they created had performance and data sync problems. Moving to Realm and MongoDB technologies helped the company eliminate those issues, enabling developers to stay focused on delivering a highly effective app.

InApps is an outsourcing and development company located in Vietnam. We’ve become a trusted partner of many businesses from the US, the UK, and Europe to Hongkong from different industries.

Contact us if you find any service or product that matches your business plan.