At the end of 2002, b2/cafelog, or simply B2, an open source web news and blogging tool, which generated pages dynamically from the contents of its MySQL database, was abandoned by its creator. Early 2003, Matt Mullenweg posted a couple of paragraphs on his blog showing interest in forking that code and building something better. Mike Little was the only one to comment showing interest.

And thus Mullenweg and Little became the co-founders of what would become known as WordPress.

The first official version of WordPress launched in May 2003. Now a third of the world’s websites are built on WordPress —  and more than half of all CMSes — supported by over a hundred different languages — all translated by volunteers! — and more than 50,000 plugins. Sixteen years later, it remains one of the most successful, most inclusive open source community-developed software projects of all time.

For this episode of InApps Makers podcast, recorded at London’s Afrotech Fest, we spoke with Little about how this community came about and how it continues to thrive. A community this large isn’t just founded in code. Translating open source code commits, comments and documentation are ways to overcome the language barrier to get more people access to this massive blogging tool. Anyone can get involved in the design or support of WordPress, as well as in organizing Meetups, conferences and training.

“If you know something about how to use WordPress, you probably know one more thing that somebody who’s just started,” Little said. “And if you’ve helped that one person, you’ve made them better and they now have something they can help somebody else with. You only need to be one step ahead of somebody to be able to help someone else out. You don’t need to be an expert.” 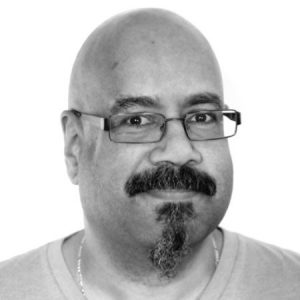 And if you find something inaccurate with the WordPress documentation, all you have to do is log in to fix it.

According to Github’s annual open source survey, the open source community, in general, is actually less diverse than the notoriously un-diverse software industry as a whole. This may be because people from marginalized backgrounds, including women, are less likely to have the free time to do unpaid work. Little believes WordPress stands out from that statistic because he says it has had diversity at its core from the start.

He continued that, as first and foremost a personal publishing tool, WordPress is a way for anyone to have a voice they control on the internet, with complete ownership of their own content, unlike on social media platforms. He also says WordPress empowers many small businesses and side hustles, and the plugins allow communities and non-governmental organizations to grow an online base.

For WordPress, it isn’t about the amount one person contributes, but the amalgamation of all the small contributions of many along the way.

“The most important way [to contribute to WordPress] is whatever is within your skills and ability — and that ability is not just what you can do. It’s whether you have the time to do it as well. Don’t feel that you have to dedicate a huge amount of time. Anything that you can do, whether it’s contributing on the support forums and answering somebody’s question, whether it’s attending a Meetup group and learning something, you most certainly will also get the opportunity to help someone else,” Little said.

Or, he says you can remind people that competitors Wix and Squarespace still own their own platforms, so if people want complete control over their websites and data, they should use WordPress.