Read more about Are Blockchains Databases? – InApps Technology at Wikipedia 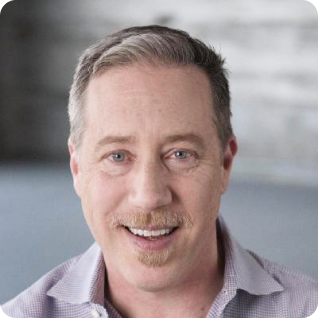 Dr. Tim Wagner is the inventor of AWS Lambda and a former general manager of AWS Lambda and Amazon API Gateway services. He has also served as VP of Engineering at Coinbase, where he managed design, security, and product management teams. Tim co-founded Vendia to help organizations of all sizes share data more effectively across clouds and companies, and serves as its CEO.

With some databases now supporting versioning and checksums, and blockchains storing more types of data, are these technologies on a path to merge?

At their heart, modern, cloud-based databases are about making data durable — typically by storing replicas of that data on different physical devices. Blockchains like Hyperledger Fabric are another way to replicate and store data, sometimes even including a conventional database as part of their architecture.

So, what’s the fundamental difference between these technologies? Will they remain forever independent, driven by radically different requirements? Or are they on a collision course, with the ultimate future expression of data storage being something that possesses elements of both?

In this article we take a look at where these technologies have come from and where they’re headed.

Cousins in the World of Data

There are certainly ways in which databases and blockchains are similar: Assuming we include materialized world state in our definition of a blockchain, both technologies support reading and writing data values. Both offer some flavor of “transactions” and ordering; possibly with a little work, an application can arrange for one update to occur before or after another, and can know when an update is complete. And (squinting intentionally a little bit here), both are durable stores after a fashion. Databases are designed to survive machine crashes without loss of data, and — if you have enough nodes in availability-decorrelated locations — a blockchain can survive even permanent removal or loss of any individual replica. So, pretty similar, right?

When we peer more closely, however, database and blockchain technologies start to feel different. For example, blockchains have some properties not normally found in run-of-the-mill databases. The inclusion of a ledger in the user-visible capabilities means that they can support versioning (access to historical information) and lineage (you can determine when data was changed, and by whom). Blockchains also typically offer some flavor of immutability and “tamperproofing” — it’s possible to know whether anything that was present before has gone missing or has been corrupted. Some databases offer automatic backups, but that’s not quite the same thing as full history or integrity validation. Public blockchains also usually have a global notion of end user identity that’s wired directly into the transaction model and semantics — something that’s not a conventional feature of databases, possibly apart from some built-in logging support on the side.

Blockchains have another defining characteristic: decentralization. Conventional databases, even in their modern cloud-based incarnations, are designed to be owned, secured and managed by a single entity. In fact, you could say that keeping control of the data isolated to its owner is a defining characteristic of a modern cloud database, where data security, isolation and governance are considered key design tenets.

Blockchains, by contrast, are decentralized ledgers — distributed not among machines in a cloud provider’s data center for durability, but across multiple parties. These parties may be in a business relationship, but they generally don’t “trust” one another in the IT sense: each of them typically has their own copy of the data, their own hardware and software systems, their own security teams and protocols, and so on.

If you think about a credit card company like Visa or Mastercard, an issuing bank such as Wells Fargo, and a vendor such as Amazon.com, it’s easy to see both why companies need to share data (e.g., a user buys a shirt on Amazon using a credit card) and why having completely independent IT systems is a practical requirement.

With decentralization comes a variety of capabilities that we tend to associate with blockchains: consistent, immutable, totally ordered, and non-repudiable data replication that can span companies, clouds, regions, accounts, and tech stacks. In simpler words: A single source of truth, maintained automatically among all parties regardless of where they reside. That’s an incredibly powerful mechanism, one that doesn’t normally show up in your typical database provider’s list of features.

Databases also have a set of abilities that most blockchains don’t share. (To keep our comparisons somewhat equivalent, we’ll limit our definition of “database” here to broadly adopted cloud-hosted SQL and NoSQL databases, such as Google Spanner, Azure CosmosDB, and AWS’s Amazon Aurora and Amazon DynamoDB.) These services have a number of characteristics that are fundamental to their usage in building scalable, enterprise-grade applications that can store and operate on real-time data in mission-critical business applications:

Table 1 summarizes the relationship between databases and blockchains: 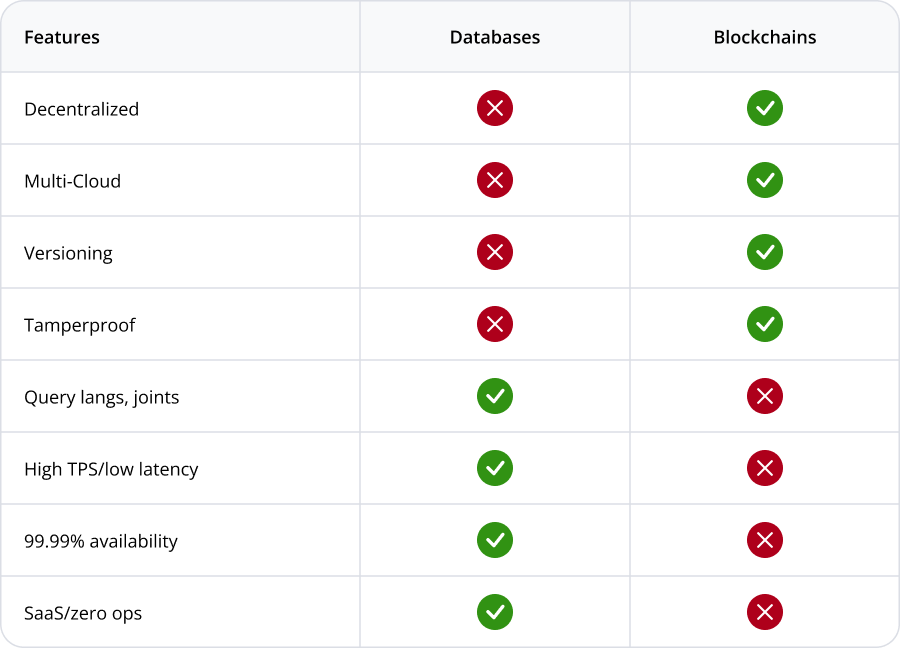 Table 1: A high-level feature comparison of databases and first-generation blockchains. [1] Database companies outside of cloud service providers may offer multicloud capabilities, but none with the reach of a self-deployed blockchain.

Clearly, blockchains and databases have emerged from sufficiently different origins, both in terms of use case requirements and implementation technology, to look fairly different at the moment. But are these differences destined to remain? Let’s look at some interesting trend lines that might predict future states.

While not yet embracing multiparty decentralization, cloud databases are gaining some capabilities that take them a step closer to blockchain-style capabilities:

Similarly, blockchains are starting to take on some of the trappings of databases:

In short, we’re going to see database and blockchain technologies continue to grow towards one another. On the blockchain side, the reasons are obvious: database feature sets and the operational and cost expectations of businesses for these use cases have emerged over many decades for good reason, and those reasons aren’t going away. Commercial blockchain solutions will have to meet those business expectations or die trying.

The pressure on databases to adopt blockchain capabilities are a little more subtle. A bit of this is healthy competition — what customer doesn’t want to be able to time travel through older versions of data, sleep better knowing their data is tamperproof, or eliminate the overhead of application logs by integrating lineage directly into the data model itself? But beyond that, database users are also operating in increasingly regulated environments: GDPR and CCPA/Prop 24 have made it necessary to control PII not just within a company, but across companies. Financial and other regulations require tracking anything that involves money or credit more carefully than ever before, including being able to audit what was changed, when, and by whom. And government agencies, increasingly focused on fairness and transparency, are unlikely to be happy with data storage solutions that readily “forget” old copies of data or that can’t be shared easily with auditors, other agencies, or consumers. In that environment — which affects businesses of all sizes, shapes and sectors — the feature set of blockchains no longer feels novel or unique; it starts to read like the “must-have” requirements of a typical enterprise application.

At Vendia, we believe that the future isn’t about databases versus blockchains, but rather that they will exist as a single, unified data abstraction — one that gets “green checkmarks” for all the features listed in Table 1 simultaneously.

The reasons are simple. All companies need to share data, both internally and externally, and they can’t force all the producers and consumers of that data to agree on a single, centralized IT stack. At the same time, the applications that work with that data need all their conventional expectations for databases to be met: from highly available uptime with a stringent SLA, to fully managed (“serverless”) support, to high speed and low-cost transactions. Vendia was created with the belief that these two technologies aren’t mutually exclusive, but rather two sides of the same coin — and that combining them offers the best enterprise data management experience for the next generation of applications.

Looking to learn more about blockchains or their integration with database capabilities for IT use cases? The Vendia blog has a number of articles, including how these features surface in modern applications and get exposed through data-aware APIs.

Photo by Brett Sayles from Pexels.