Read more about Automated Testing in DevOps – InApps at Wikipedia 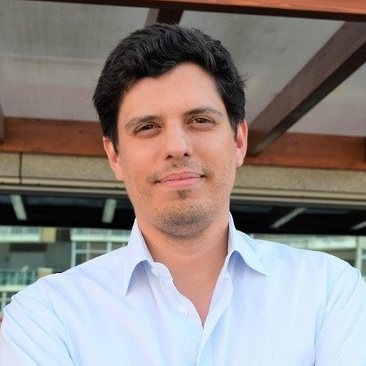 In recent years, I’ve had several discussions with some of the world’s leading operators about the challenges of 5G and back then the current COVID-19 crisis was nowhere on the horizon. Each mentioned the same obstacle — developing and deploying new software.

5G’s simplest and biggest selling point is its improved speed — and that’s putting it mildly. Because of this, there is a huge market demand for faster launches. However, while 5G offers high-speed benefits, its complexity has the potential to create longer deployment cycles for operators, as well as require persistent software updates.

To meet the goal of minimizing customer pain points and meeting the market’s needs, many operators have turned to DevOps, which has quickly become the solution for decreasing the time and effort spent on creating software. As such, a key element of DevOps’ success that cannot be overlooked is continuous, automated testing.

Acceptance testing is a crucial part of the delivery process and its automation is more valid than ever during the COVID-19 crisis. While the quality of service to the end-user and speedy delivery and deployment time of new services are at the forefront of operators’ concerns, the increased time for manual testing and the unavailability of testing experts (due to home office or otherwise) makes automated testing essential.

Why Automated Testing Is a Crucial Ingredient of DevOps

A traditional testing model for software, known as the Waterfall method, utilizes the logical progression of steps that are taken throughout the software development life cycle (SDLC). Essentially, it assesses the software in a single stage at the end of a long development cycle.

Looking at DevOps, it is the process of combining software development (Dev) and IT operations (Ops) to shorten SDLCs. As a process that is comprised of continuous, rapid development, this makes automated testing crucial and it’s divided into four phases.

First, we have is the lifecycle management validation phase. Operators must assess the software to ensure that it is properly enabled throughout the system. After that is confirmed, the network element is launched, configured and then integrated with Virtual Network Functions (VNFs) to confirm that the networks can communicate with each other.

The next phase analyzes how the software functions within the network and is generally completed with the use of simulators. During this phase, operators can also perform functional regression testing, which is beneficial as it guarantees two things: (1) The new software is fully functional, which allows you to perform tasks like making a regular call or a conference call, and (2) The software will not damage the existing network. When you add automation to the mix, it provides a wider range of testing that allows operators to cover the whole regression test plan.

In the third phase, there is capacity benchmarking. This process analyzes the software’s behavior when it is running at realistic capacities, such as tens or hundreds of thousands of users. To best achieve capacity benchmarking, the test architecture should be designed to be scaled with simulators. This makes testing systematic, cost-efficient and accelerated.

Last, but not least, there is robustness testing, which examines the software under extreme or uncommon conditions. The software goes through multiple types of failure simulations to ensure that the system can recover.

With these four phases, automated testing is quick — taking several hours instead of days. It also generates automated reports, enabling providers to verify that the software is performing safely and reliably so that they can be sure the update is ready to be deployed.

Time and cost savings aside, the reliability of results that automated testing produces is another major benefit. Because manual testing, that is, if testing experts are available, runs the risk of faulty software, which can potentially ruin the customer experience if introduced to the network, automation significantly reduces human error and thus produces more consistent results.

Automated Testing Will Become a Non-Negotiable

Overall, DevOps is a major trend among telecommunications operators — at least two-thirds have taken the initial steps to integrate DevOps into their digital operations, or are planning to do so soon. 5G will only continue to increase market demands for faster deployments of new services, while the COVID-19 crisis will accelerate need for its automation.

This is achievable by operators through DevOps and automated testing because it enables their processes and tools to provide end-to-end, fully automated service lifecycles — from production to delivery. By doing so, telco leaders are free from recurring, mundane tasks, and can now turn their attention to the things they do best — making major decisions. As such, it is clear that continuous, automated testing in DevOps is the way to go for telcos to adjust to these trying times and to continue delivering the agility and rates required to compete in the 5G race.