You can find content about Awesome Python Frameworks, Libraries and Software…Plus Tacos – InApps Technology from the Wikipedia website

There’s a list trending this week on GitHub that ranks as the ultimate curated guide to Python frameworks, libraries and software. It’s an example of Python’s growing popularity, especially among people new to programming. Furthermore, it’s an example of GitHub’s “awesome lists,” that are available on the social coding platform and exemplary of the community’s culture that goes well beyond programming. Awesome-python has about 70 items in the list. The list items cover such topics as environment management, package management and distribution. Audio, video, geotagging, caching, debugging — the list just scrolls down the page. Each item on the list links to a sub-list of recommendations. For example, it has 11 libraries for developing RESTful APIs as well as 11 for full stack Web frameworks. It also lists resources such as popular web sites and twitter accounts. Python’s popularity is certainly on the rise. According to one study, Python recently surpassed Java as the most popular program to introduce students to programming and computer science. IEEE ranked Python fourth on the list of the top programming languages. 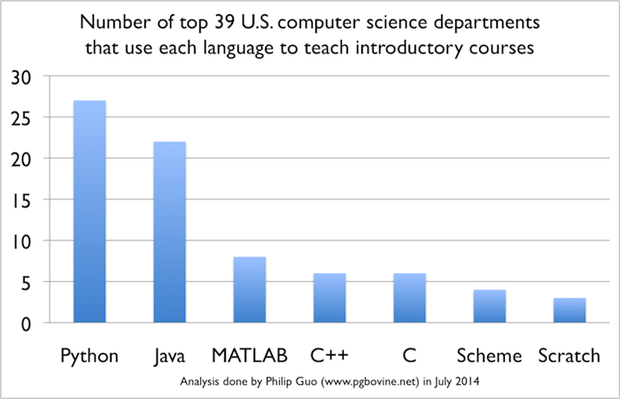 The awesome-python list is just one of hundreds of lists on GitHub. There are non-technical lists that list San Francisco vegetarian restaurants and a community-driven, object-oriented taco recipe repo . There are technical lists of developer conference and free programming books (26,960 stars and 5,196 forks). Then there are the awesome-* lists that include awesome lists for learning algorithms and any number of other topics. Then the lists get all meta. There’s the list of lists. And then it goes down the rabbit hole with lists of lists, awesome cubed, etc.