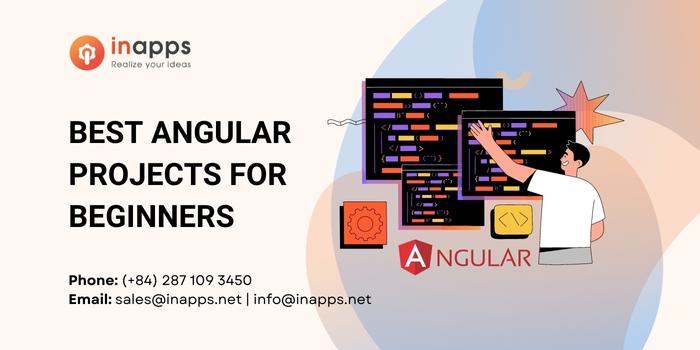 By combining HTML and Typescript functionality, Angular projects make it easy to create single-page client applications. Working on some Real-time angular projects is the greatest thing you can do if you’re a novice. Mastering the architecture of web frameworks is best accomplished through an activity-based learning approach.

It is essential for budding software engineers to work on their own projects when pursuing a career in the field. The best method to refine your talents and turn your theoretical knowledge into practical experience is to work on real-world projects. You will get more expertise as you explore various angular projects.

You would not only be able to test your skills and limitations as you work on angular projects, but you will also earn exposure that will help you advance in your career. This article will show you how to create fun angular projects for beginners to try out.

Let’s get started with the Best Angular Projects For Beginners list that will prepare you well with the basics and practical needs in angular development. 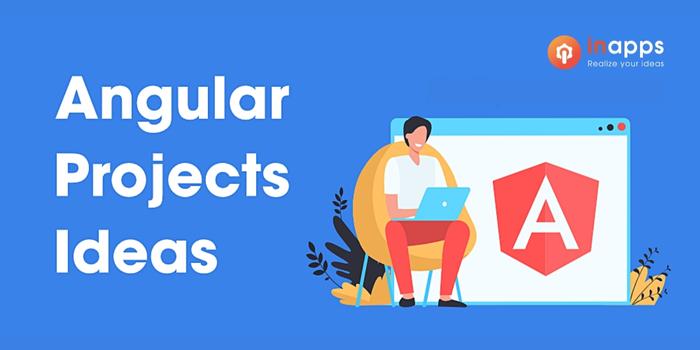 Before we get started with the project ideas, let’s have a look at the list we have compiled for you!

Soundnode is one of the best angular projects for beginners, to try their skills on. Young programmers can build Soundcloud projects for desktop applications with an electron, Nodejs, and angular. The documentation is freely available on the GitHub repository.

It is an open-source project that relies on Soundcloud API to support music streaming for Windows, Mac, and Linux. Apart from display and stream functionalities, you can easily navigate your search for new music-like tracks, create playlists, and follow/ unfollow users.

Although Soundcloud lets 3rd party apps play up to 15000 tracks/day, you can still listen to the same number of audio pieces the next day.

This sounds like a really cool project idea to upgrade your skill and have fun.

A notepad application is a classic example of angular projects for beginners, where you can build it with NodeJs, Angular CLI, and bootstrap using Node Package Manager.

A note-taking app is like a digital notebook where you can create and store notes. You can jot down text in the app and view it upon returning to the window, editing, or deleting the records if required. The notes are organized according to the dates when users have last opened them.

The Angular Forms project is another Angular Beginner Assignment that can help you get acquainted with the inner workings of architecture. It demonstrates the approaches of template-driven (with NgModel) and reactive forms and how they can be tied with a backend service.

In addition, it discusses various examples of custom validators, binding to different form controls, and accessing submitted data. This one is a very simple and easy-to-understand angular project for all coding beginners.

The title of this angular project for beginners is ‘Integrating Angular with Node.js RESTful Services.’ Using MongoDB as the backend database, the application can perform CRUD (Create, Read, Update, and Delete) operations.

You can run it locally or use the Docker container option. Template-driven and reactive forms, custom components, and RxJS observables are some of the concepts covered under this customer service app.

This is an excellent angular project for beginners that teaches you about Angular routing as a simple service or with multiple components. Its easy-to-understand code makes it a beginner’s favorite project to start with.

It’s a good project for learning to see how many key features of Angular and TypeScript can be tied together while keeping the code simple overall.

The Angular Hello World project provides a basic starter project for programmers who are new to Angular (version 2 or higher) and TypeScript.

It provides a basic look at the project structure, using package.json and npm to load Angular modules, as well as TypeScript compilation with tsconfig.json.

The project contains a single module and component, if you want to experiment with various angular features in a simple environment then this is the right project for you.

Although ‘Hello World’ is a very basic project, it provides support for Webpack and Angular’s Ahead-of-Time (AOT) com.

This Angular2-based project uses Bootstrap, Sass, AngularJs, Jquery, charts, etc. It is an MIT-licensed solution that comes with easy customization, responsive layouts, and high-resolution templates – all free of cost.

This is one of the most basic angular projects for beginners which every new programmer must try their hand on. To accomplish the goal, you apply Angular CLI, RxJS, write injectable services using Angular 2, and more.

Also, there are specific services to manage the streams for each of the models.

It is a plugin-oriented chess component meant for Angular applications. In other words, this module is a shell UI with plugins. Since numerous chess implementations already exist, a plugin system wraps up the work and saves time.

Moreover, the Angular 2 chess game supports a variety of game variants. You can use the Engine plugin for games having different rules and the UI alternative for 3D and native implementations.

This is one of the trending angular projects. Polr is an open-source web application written in PHP and powered by Lumen. It uses MySQL as the primary database and provides a robust interface to manage your links.

You can host it on your domain to shorten URLs, brand them, and provide an overall modern theme. You can download and go through the Polr repository to familiarize yourself with the tool.

Even you can develop your own URL shortener along the same lines leveraging TypeScript, Express, and MongoDB.

This is another one of the interesting angular projects for beginners to create. AGM is a CoffeeScript and Javascript-based library that allows you to set up Google maps within your Angular applications.

It holds directives for a range of objects, such as markers, lines, windows, and shapes. You can easily find the source code for AGM as it is hosted on GitHub.

Do make sure that you have installed Node.js before beginning with this project!

When you build UI components this way, it improves the reusability and testability factors of an app and also boosts the development speed.

Storybook boasts of an easy-to-use API that you can configure in minutes and also extend to fit your dynamic needs. It includes numerous add-on features for component design, documentation, testing, etc.

With Storybook, you need not worry about application-specific dependencies.

The Angular JumpStart project provides a complete application that demonstrates many key features provided by the Angular framework.

Some of the project features include:

It can generate documentation for the standard Angular APIs, such as components, modules, common classes, injectables, routes, directives, and pipes.

Compodoc has 8 themes extracted from some of the most popular documentation tools- including Gitbook, Read the Docs, Vagrant, Stripe, Postmark, Laravel, and Material design.

Also, Compodoc has a robust search engine, such as lunr.js, that can easily search and show the information you want to access. The best part is Compodoc provides out-of-the-box support for Angular-CLI projects.

In Compodoc documentations, the content rests on the right side, whereas the primary endpoints are situated on the left side. It uses the elements discovered during parsing to create the table of contents in the documentation.

This is one of the interesting angular projects for beginners, AngularSpree is an e-commerce application. It is a plug-and-play frontend app for AviaCommerce API developed on Angular(7), Redux, and Observables & ImmutableJs.

Although it was designed for AviaCommerce, you can use angularSpree with any e-commerce app having an API interface, Magento, Opencart, and Spreecommerce.

AngularSpree comes with a range of excellent standard features for e-commerce applications, including reading, sorting, managing coupons, and updating product lists, to name a few.

With this, we have covered basic angular projects for beginners. If you wish to improve your programming skills, it is advisable to get hands-on with basic angular projects. Besides knowing the framework inside-out, you should also be trained in TypeScript, npm, HTML, CSS, RxJs, and so on.

Don’t forget to check InApps, if you want to hire a developer for an Angular Project! We come up with the most interesting ones that will help you learn and evolve your knowledge base.