C-level executives often don’t have a clue when it comes to IT and application development. I’ve been analyzing survey data from IT end users for over 15 years, and responses received from business managers and even CIOs are often drastically different than what actual practitioners say.

Per last week’s post, we know that compared to other business executives,  IT leaders think they are more involved with innovation and aligned with the rest of the business. It appears that there is a similar disconnect between application developers and the c-suite according to a recent survey by The Economist Intelligence Unit and sponsored by Google. The disparity may have a real impact on how senior executives spend money on software tooling.

Half of all C-level executives think DevOps methodologies are used by their developers while only 30 percent of application developers think likewise. Similarly, there is a 22 percentage point gap regarding continuous integration (CI). Senior executives have heard all about their company’s efforts to digitally transform and adopt new IT practices. What happens if those same executives express exasperation when they’re told that the journey has just begun and there is a need to spend money on CI and DevOps tooling? Note that developers are twice as likely to say the company uses agile methodologies. In this context, we believe the c-suite has confused agile methods with DevOps practices because the latter has been a buzzword for the last few years. 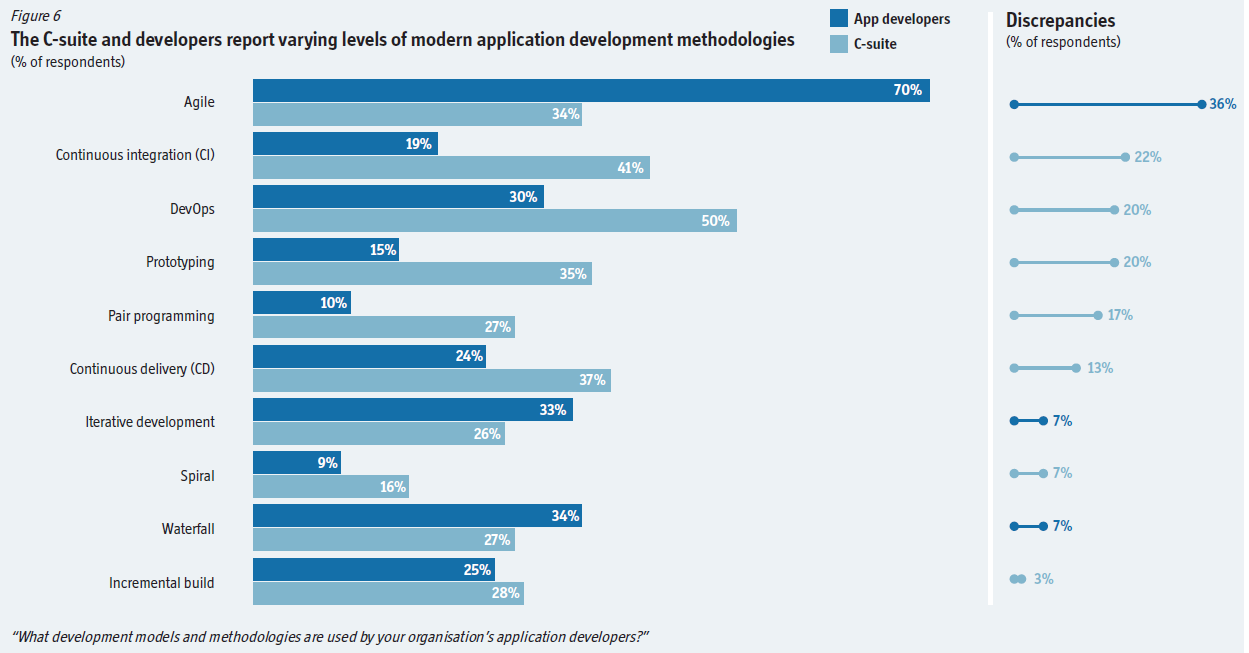 Another survey sponsored by Google, this one of the Harvard Business Review (HBR) community confirms the level of confusion. In fact, among companies that only selectively use DevOps, 43 percent believe business leaders do not have a good understanding of DevOps methods and methodology. The impact of this confusion may be one reason why executives think software release cycles should be so much faster than they actually are.

The same HBR survey found that 61 percent expect software release cycles to be three months or less, but only 27 percent of their companies actually achieve that goal. The takeaway is that executives aren’t hands-on enough to know how much time software development takes. Without a deeper understanding, they are prime targets for salesmen pitching digital transformation nirvana. 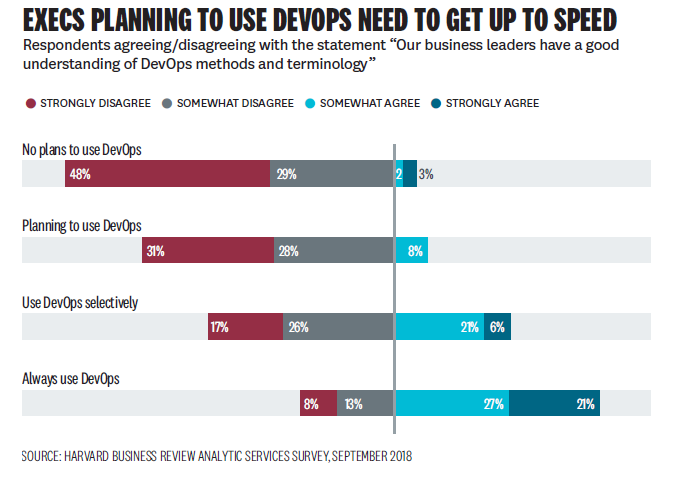 77 percent of respondents that don’t plan to use DevOps also think their business leaders understand what DevOps means. Would their plans change if better informed? 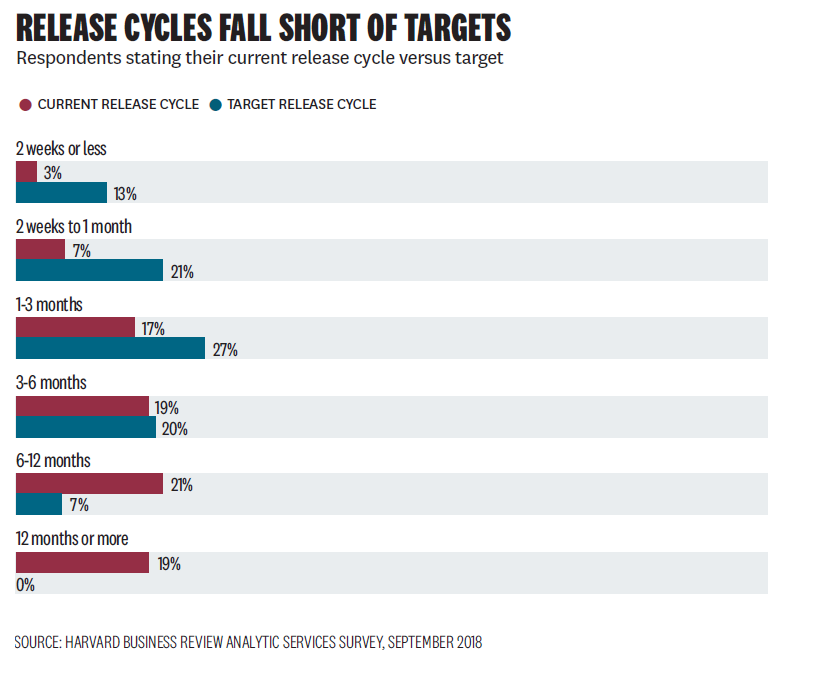