Can We Trust Our Technologies? – InApps Technology 2022

Read more about Can We Trust Our Technologies? – InApps Technology at Wikipedia

As a new year begins, it’s a good time to cast one last, lingering look back at 2016. I’ve called this the ultimate big data question: what just happened over the last 12 months? If every moment is its own container filled with memories, here’s an attempt to tease out some meaning from that great Hadoop cluster that was the year gone by. A hard look at 2016 seems to clearly raises a big questions: Can humankind trust its own technology?

A Year of Mixed Results

Our technology is getting much more powerful — to the point where it’s now actually outperforming us humble humans. Google’s DeepMind AI beat the world’s champion ‘Go’ player in March, which they said proved the potential of their AI “to find solutions that humans don’t necessarily see.” And within weeks, a robot had been taught to perform an entire surgical procedure (on an animal), prompting several news outlets to all ask the same question: “Would you trust a robot surgeon?”

But the same month the Memorial Sloan-Kettering Cancer Center in New York revealed it already had 43 different surgeons now performing robot-assisted surgery. And that summer the New York Daily News reported another thought-provoking story — that IBM’s Watson “correctly diagnosed a 60-year-old woman’s rare form of leukemia within 10 minutes — a medical mystery that doctors had missed for months at the University of Tokyo.”

Already our hopes are soaring ever higher for the technologies of our future. Even the Dalai Lama was spotted interacting with a robot, and the folks at the 2045 Avatar Project also claims that his holiness is also supporting their project to achieve “cybernetic immortality” by transferring a human consciousness into an artificial brain. 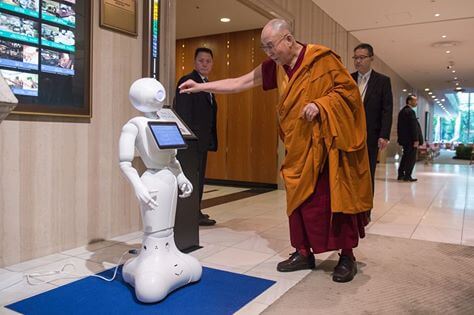 But what if our technology makes a mistake? That question also came up in July, when the owner of a Tesla Model S died in a car crash while using the system’s “autonomous cruise control.”

It’s a problem that may first be confronted by unsuspecting consumers. Back in February security researcher Brian Krebs discovered Foscam’s popular internet-enabled security camera that was punching through firewalls and “secretly and constantly connects into a vast peer-to-peer network run by the Chinese manufacturer of the hardware.” The behavior was activated by default — and hard to deactivate — and sometimes this capability wasn’t even advertised to users in the product’s name.

Krebs’ February headline? “This is Why People Fear the ‘Internet of Things’.”

By September, Krebs himself was under attack, with his site facing a massive denial-of-service attack at 600 gigabits per second from a botnet of compromised IoT devices,  mainly made up of, ironically enough,”routers, IP cameras and DVRs that are exposed to the Internet and protected with weak or hard-coded passwords.”

Within weeks the source code for that botnet was released into the wild, and soon another botnet attack made the news, the infamous October 21st takedown of Dyn, which provides domain name services for the rest of the internet. A headline at Engadget described it as “That time your smart toaster broke the internet”.

But ominously, the botnet-creating software is named Mirai — which is the Japanese word for “the future.”

It’s not the only problem we had with our technology. In March a confused Amazon Echo accidentally hijacked somebody’s thermostat. And the same month a new AI-enhanced chatbot from Microsoft got hijacked by pranksters on twitter. They conned Microsoft’s TayAndYou Twitter account into parroting back racist and other inappropriate comments before the sun had even set on her first day online.

Maybe 2016 will be remembered as a collision between our hopes and our fears for our technologies. This year the first Android smartphone built entirely by Google — though within months at least some users were reporting problems with the screens freezing up at random moments. But at least they didn’t have to recall any products because they were catching on fire — a problem faced this autumn by Samsung’s Galaxy Note 7.

And while technology companies faced many other damaging news stories in 2016, at least some of those wounds were self-inflicted. Late in the year, Apple said goodbye to headphone jacks on the iPhone 7 and the escape key on the MacBook Pro. One jokester on Reddit drew over 45,000 upvotes for a series of captioned photos envisioning the frustrations of wearing Apple’s wireless AirPod headphones while trying to jog.

The ensuing firestorm of criticism became a reminder that every mass consumer product always faces a grueling trial in the court of public opinion. One Apple marketing executive resorted to the inspiring argument that the headphone decision had taken courage — “to move on, do something new, that betters all of us” — echoing a famous speech by Steve Jobs (about why iOs stopped supporting Flash).

It’s a story that plays out again and again, with new technologies bringing both good news and bad. Drones also got some bad publicity in 2016 — for example, when a pitcher for the World Series had to reschedule his appearance due to a drone-related injury (due to a small cut on top of his pinkie). But in 2016 drones were being considered for transporting organs in India — and actually delivering delivered a Slurpee from a 7-Eleven in Reno. And in December Amazon finally performed their first commercial drone delivery. 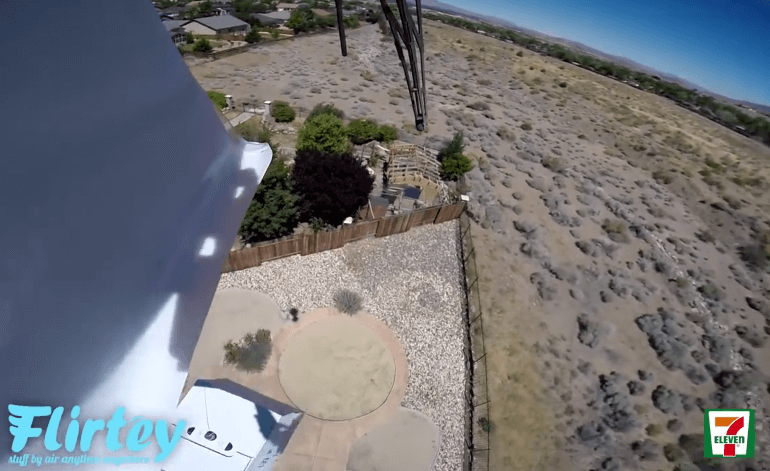 Maybe the real lesson is that technological progress always starts out as a mixed bag, a kind of monkey’s paw that can grant your wishes while ruining your life. Just ask the guy who brought a drone to photograph his wedding — and ended up watching it crash into wedding guests, resulting in numerous lawsuits and a very angry bride.

Ronald Reagan once said that painful things sometimes happen when you’re pioneering new territory. “It’s all part of taking a chance and expanding man’s horizons.” He was speaking after the explosion of the Challenge Space Shuttle, roughly 30 years ago, and told a mourning nation that “The future doesn’t belong to the fainthearted; it belongs to the brave.”

And sure enough, humanity continues on towards its technology-enhanced future, unable to resist its promise and its potential. By December, the U.S. Department of Transportation was even proposing standards for vehicle-to-vehicle data-sharing to encourage better driving decisions by both human and AI drivers, raising the possibility of a future where our lives depend on the security of an internet of cars.

So as the new year kicks off, I think I’ll always remember how one Twitter feed spent 2016 hilariously skewering the Internet of Things on Twitter as the “Internet of Shit.” But by Christmas Day, he was using Google Home to make his Christmas lights blink whenever anybody name-checked him on Twitter:

There’s a lesson there for us all. Sometimes the exciting lure of a new technology is impossible to resist.