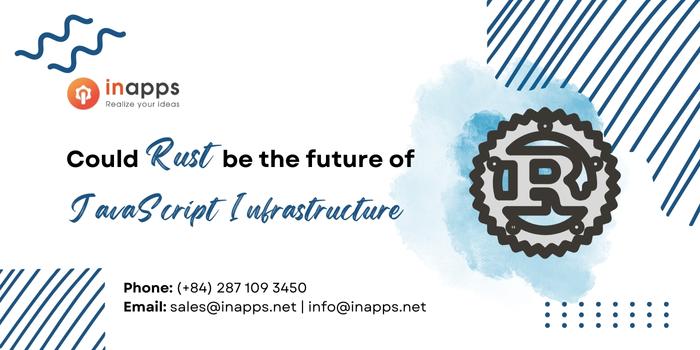 Is Rust the future JavaScript Infrastructure?

In fact, it’s been voted the most loved programming language six years in a row in Stack Overflow surveys and is widely used at hyper-scale companies such as Facebook, Apple, Amazon, Microsoft, and Google for systems infrastructure, encryption and virtualization.

Rust is quite different than JavaScript. JavaScript tries to find variables or objects not in use and automatically clears them from memory. This is called garbage collection.

The language abstracts the developer from thinking about manual memory management. With Rust, developers have more control over memory allocation without it being as painful as C++.

“Rust uses a relatively unique memory management approach that incorporates the idea of memory ‘ownership’. Basically, Rust keeps track of who can read and write to memory. It knows when the program is using memory and immediately frees the memory once it is no longer needed. It enforces memory rules at compile time, making it virtually impossible to have runtime memory bugs. You do not need to keep track of your memory manually. The compiler takes care of it.” — Discord

On top of the companies mentioned above, Rust is also being used for popular open source libraries like:

“Rust has been a force multiplier for our team, and betting on Rust was one of our best decisions. More than performance, its ergonomics and focus on correctness has helped us tame sync’s complexity. We can encode complex invariants about our system in the type system and have the compiler check them for us.” — Dropbox

From JavaScript to Rust

JavaScript is the most widely used programming language, operating on every device with a web browser. Over the past 10 years, a massive ecosystem has been built around JavaScript:

Millions of lines of code have been written, and even more bugs have been fixed to create the bedrock for shipping web applications of today.

All of these tools are written with JavaScript or TypeScript. This has worked well, but we’ve reached peak optimization with JS. This has inspired a new class of tools designed to improve the performance of building for the web drastically. 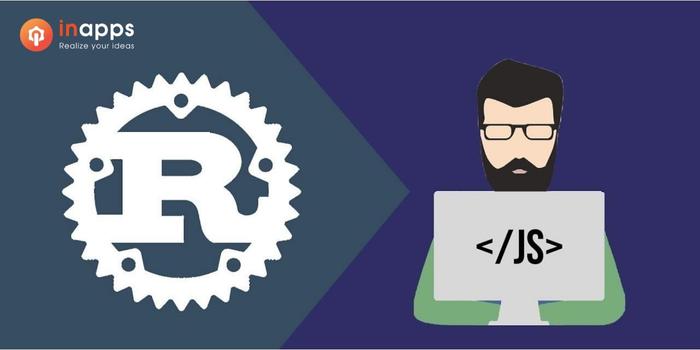 SWC, created in 2017, is an extensible Rust-based platform for the next generation of fast developer tools. It’s used by tools like Next.js, Parcel, and Deno, as well as companies like Vercel, ByteDance, Tencent, Shopify and more.

SWC can be used for compilation, minification, bundling and more — and is designed to be extended. It’s something you can call to perform code transformations (either built-in or custom). Running those transformations happens through higher-level tools like Next.js.

Deno, created in 2018, is a simple, modern and secure runtime for JavaScript and TypeScript that uses V8 and is built with Rust. It’s an attempt to replace Node.js, written by the original creators of Node.js. While it was created in 2018, it didn’t hit v1.0 until May 2020. Deno’s linter, code formatter, and docs generator are built using SWC.

esbuild, created in January 2020, is a JavaScript bundler and minifier 10-100x faster than existing tools written in Go.

“I’m trying to create a build tool that a) works well for a given sweet spot of use cases (bundling JavaScript, TypeScript, and maybe CSS) and b) resets the expectations of the community for what it means for a JavaScript build tool to be fast. Our current tools are way too slow in my opinion.” — Evan, creator of esbuild

Building JavaScript tooling with systems programming languages, like Go and Rust, was fairly niche until esbuild was released. In my opinion, esbuild sparked a wider interest in trying to make developer tools faster. Evan chose to use Go:

“The Rust version probably could be made to work at an equivalent speed with enough effort. But at a high level, Go was much more enjoyable to work with. This is a side project and it has to be fun for me to work on it.” — Evan, creator of esbuild

Some argue Rust could perform better, but both could achieve Evan’s original goal of influencing the community:

“Even with just basic optimization, Rust was able to outperform the hyper hand-tuned Go version. This is a huge testament to how easy it is to write efficient programs with Rust compared to the deep dive we had to do with Go.” — Discord

Why rewrite everything, then?

“Making the necessary modifications to Babel to allow for it to be a reliable base for other tools would have required changes to absolutely everything. The architecture is bound to the initial design choices I made in 2014 when I was learning about parsers, ASTs, and compilers.” — Sebastian McKenzie

Rome is currently written in TypeScript and runs on Node.js. But they’re now working on rewriting in Rust using RSLint parser and their own visitor system for AST traversal.

Rust’s integration with Node.js is better than other low-level languages. napi-rs allows you to build precompiled Node.js add-ons with Rust. It provides an out-of-the-box solution for cross-compilation and publishing native binaries to NPM, without needing node-gyp or postinstall scripts.

You can build a Rust module that can be called directly from Node.js without needing to create a child process like esbuild. 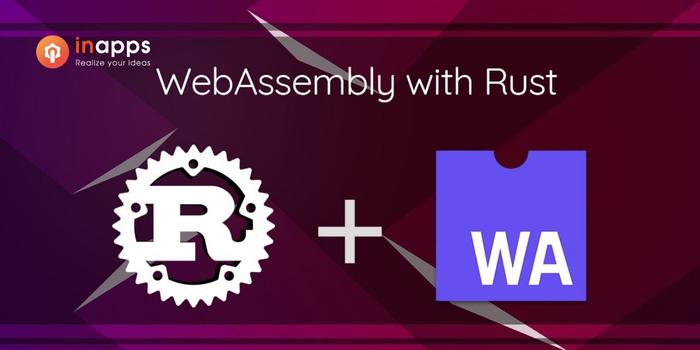 Is Webassembly faster than Javascript?

WebAssembly (WASM) is a portable low-level language that Rust can compile to. It runs in the browser, is interoperable with JavaScript and is supported in all major modern browsers.

“WASM is definitely a lot faster than JS, but not quite native speed. In our tests, Parcel runs 10-20x slower when compiled to WASM than with native binaries.” — Devon Govett

While WASM isn’t the perfect solution yet, it can help developers create extremely fast web experiences. The Rust team is committed to a high-quality and cutting-edge WASM implementation.

For developers, this means you could have the performance advantages of Rust (versus Go) while still compiling for the web (using WASM).

Some early libraries and frameworks in this space:

These Rust-based web frameworks that compile to WASM aren’t trying to replace JavaScript but work alongside it. While we aren’t there yet, it’s interesting to see Rust coming after the web on both sides: making existing JavaScript tooling faster and future-forward ideas for compiling to WASM. It’s Rust all the way down.

Rust has a steep learning curve. It’s a lower level of abstraction than what most web developers are used to. Once you’re on native code (through Rust, Go, Zig, or other low-level languages), the algorithms and data structures are more important than the language choice. It’s not a silver bullet.

Further, Rust’s usage in the web community is still niche. It hasn’t reached critical adoption. Even though learning Rust for JavaScript tooling will be a barrier to entry, interestingly developers would rather have a faster tool that’s harder to contribute to. Fast software wins.

Currently, it’s hard to find a Rust library or framework for your favorite services (things like working with authentication, databases, payments and more).

I think that once Rust and WASM reach critical adoption, this will resolve itself. But not yet. We need existing JavaScript tools to help us bridge the gap and incrementally adopt performance improvements.

The Future of JavaScript Tooling

Is rust the future of Javascript?

I believe Rust is the future of JavaScript tooling. Next.js 12 started our transition to fully replace Babel (transpilation) and Terser (minification) with SWC and Rust. Why?

It’s the early days for Rust — a few important pieces are still being figured out: 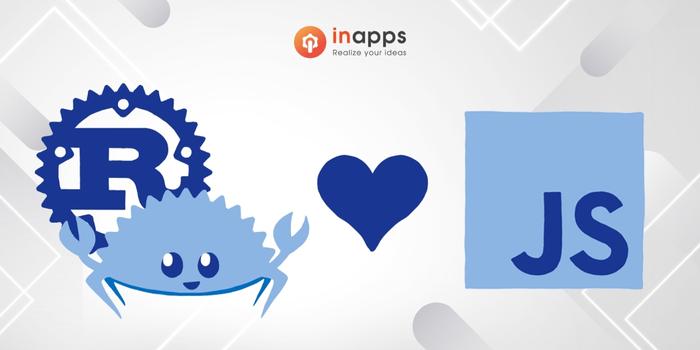 Rust’s popularity will continue to grow and significantly influence the JavaScript ecosystem for the foreseeable future. Imagine a world where all the build tools used in Next.js are written in Rust, giving you optimal performance. Next.js could be distributed as a static binary you’d download from NPM. That, to me, would be an ideal world to live (and develop) in.

To get the best Rust developers to work for you, connect with InApps.