JetBrains, the maker of more than 10 language-specific integrated development environments (IDEs), has teamed up with Gitpod, the open source platform for automated developer environments, in what they call “a long-term partnership” that will result in “a deep, technical integration between their platforms,” according to a statement. The primary form that integration will manifest in, at least immediately, is in JetBrains’ many IDEs being able to use the automated, cloud-based developer environments provisioned by Gitpod.

Much like how containers abstract away the individual requirements of a particular developer environment, so that code that works on one machine will work on any other machine, GitPod’s automated, cloud-based developer environments free developers from matching their environment to the one used by their company. Under the hood, Gitpod uses Linux containers with a Linux shell that has root/sudo, a file system, Docker, and all the other tools and binaries that run on Linux. This setup provides its users with an easy to access and automated environment.

“That gives essentially every developer that peace of mind, where they do not need to fight with dependencies or maintaining their local developer environment. Instead, they just click a button and then are able to be creative and write code,” explained Johannes Landgraf, co-founder and CCO at Gitpod.

Recently, JetBrains had announced that they would support remote development with the launch of JetBrains Gateway. Landgraf said it was this announcement, alongside the widespread use of JetBrains’ IDEs by developers, was more than enough to begin talks about a partnership.

“You have a company that is building the world’s most professional and best IDEs out there, and you have Gitpod, who is really focused and specialized on that orchestration and automation platform in the background,” said Landgraf. “With the partnership, we bring those two things together, allowing developers to stay with their local desktop IDE, but swap compute, and run their workloads in the cloud provisioned and automated by Gitpod.”

The Era of Remote Development

With the rapid push to remote work during the pandemic, both teams see this as an opportune time to increase the availability of tools to promote remote developer environments. Landgraf said that 2021 was really a turning point for remote development, with the arrival of tools like GitHub Codespaces and Visual Studio Code in the browser. He expects that 2022 will bring further evolution in this space.

“We’re really entering the era of remote development,” said Landgraf. “More and more people will realize that this is actually a very valid option and a superior option to how we are doing things right now.” 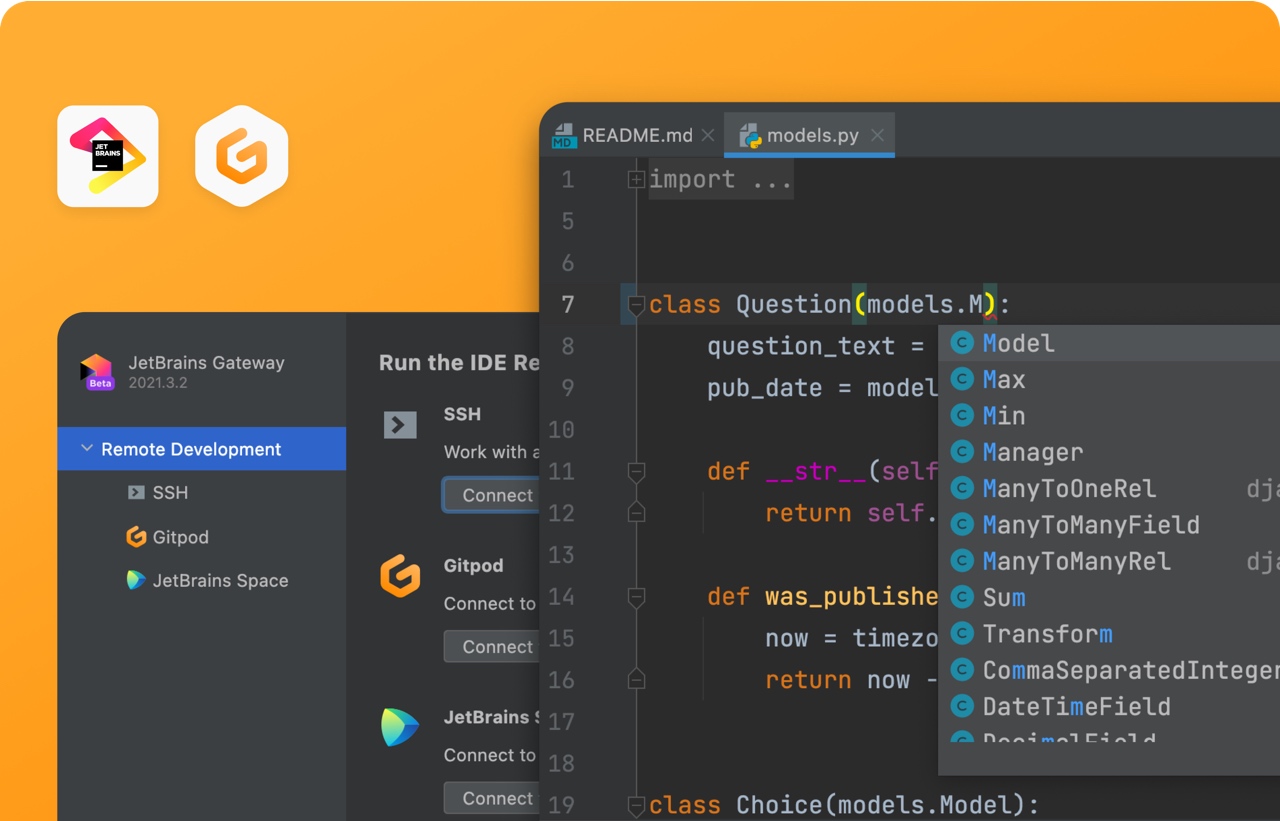 Landgraf said that Gitpod sees its place as not as endorsing any one IDE over another, but rather bringing remote development to where developers already are.

“We are not asking developers to move into the browser,” he explained. “We are not telling them ‘you need to change your workflow.’ We’re essentially telling them: use the tools that you always use, but enjoy the benefits of automating the backends and your whole development environment, and provision that in the cloud with all the developer experience, collaboration and security benefits that come with this.”

“Before this switch, many security-strict or regulated companies would prohibit their employees from taking the source code home, but now it is not possible and the source code constantly resides on the developers’ laptops, or employees have to connect to the remote desktop, which is unstable and inconvenient,” explained Vink, pointing to changes induced by remote work during the pandemic. “Remote development workflow mitigates the risk, as developers connect their client IDE to the remote development environment where the source code is located, and no source code is copied to the developer’s machine.”

Another benefit, said Vink, is that this partnership between Gitpod and JetBrains offers remote development to companies that might otherwise not be able to afford it. Citrix, for example, not only comes with an enterprise cost, but also requires the team to set it up and get it running, whereas JetBrains and Gitpod are both more cost-effective and easy to get up and running.

“What is happening is basically the path to democratizing this access to the remote development solutions, lowering the barrier of entry so that more companies, and not just enterprise, can go there,” said Vink.