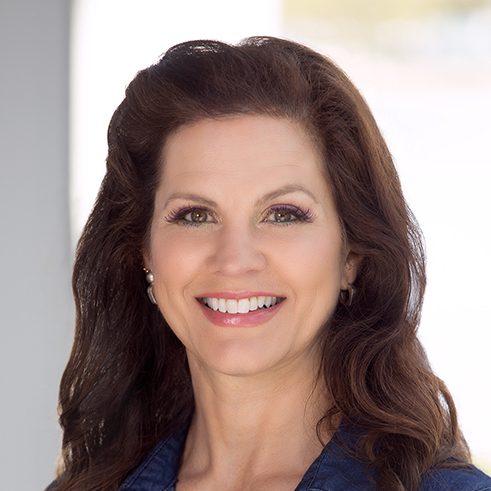 Alexa is director of developer content at Oracle. She is the former editor-in-chief of Software Development magazine and has more than 15 years of experience as a technology content strategist and journalist. She has attended KubeCon North America three times.

Downtown Los Angeles was the sunny backdrop for my third KubeCon, held last month. True to form, the attendees were diverse, collaborative, emotionally intelligent and in unrelenting demand. The scale of systems running on open source projects emerging from the Cloud Native Computing Foundation, starting with Kubernetes, is massive. There were talks about everything from career burnout to creating serverless systems that optimize machine learning workloads so that you spend less on GPU instances.

Big brands were recruiting for thousands of engineering positions to build out the tools we’ve come to depend on for movie streaming, ride sharing, energy, finance, shopping and many other applications. That said, the event was also virtual and in-person attendance was low. That gave vendors time to discuss partnerships. Startup founders strolled over to Oracle’s booth to inquire about running on Oracle Cloud.

The low-key nature of the event did lead to many deep connections, said Seattle-based Dan Gerrity, senior vice president for Oracle Cloud Infrastructure developer services. Because he’s a member of the CNCF governing board, he said, “I’m here because we’re revitalizing our commitment to the CNCF. I’ve ended up spending a lot of quality time with the CNCF people.”

Here are three takeaways from the experience.

1. It’s Not too Late to Join the Project Party

The CNCF product landscape is growing at a rapid pace, now boasting 110 projects and 138,000 contributors. Key announcements at the event included:

Oracle was there to show off its modern application development framework, as well as added support for Arm-based instances in Oracle Container Engine for Kubernetes (OKE).

If your project isn’t part of the CNCF community yet, there’s still plenty of space to explore and optimize. For example, it was clear from the agenda and conversations on the show floor that ML/AI on Kubernetes is burgeoning. Most ML talks focused on AIOps, meaning using machine learning for smart logging and infrastructure management. There are early rumbles about using Kubernetes to manage massive non-ops-related data science workloads, and with AI expanding in the cloud, more is sure to come.

2. KubeCon Is a Great Place to Find a Job

This event is famous for connecting developers to top-level jobs at not only tech companies, but also name-brand consumer companies like Home Depot, Nordstrom and Capital One. According to McClarty, “If you’re a software developer, you’re in high demand everywhere in the world. KubeCon is one of the few shows that actually does recruitment actively in a booth. To me that’s mind blowing. I’ve never seen that before.”

A Boston-based engineering hiring manager for retail company Wayfair said the company had over 200 engineering positions open: “Within my own organization I have 12 cloud engineer positions open, plus [positions] for site reliability engineering, microservices and platform engineering.” Skills he’s looking for include authorization, authentication and API gateways “that can enable Wayfair as a company to transition from monolithic applications to decoupled systems.”

Multiple engineers were present from The New York Times, which showed that the Gray Lady was serious when recruiting for 400 developers at Seattle KubeCon several years ago. The NYT engineers confirmed that there are indeed now hundreds of developers at the newspaper.

The Linux Foundation deserves a lot of credit for maintaining its strong emphasis on community, mental health and diversity at every KubeCon. Many women and non-white speakers were onstage and in keynotes. The Inclusive Naming Initiative (INI) announced new language recommendations, a training course and a new language framework. Tools are also becoming more explicitly developer-focused.

“The big trend is that a lot of people are starting to run more and more clusters. And so trying to build, manage and maintain a number of different clusters across a number of different environments — managing those drifts and those deltas becomes really, really difficult,” said Casey Kurosawa, a solutions engineer at Ambassador Labs at his booth on the show floor. Ambassador Labs offers a developer control plane for high-level overviews of developer dashboards and all the services running in the production environment.

Keynotes from engineering managers at Expedia and Twitter showed how important developer productivity has become, and how much the discipline of productivity itself has evolved since the days of agile and scrum.

Jasmine James, engineering manager at Twitter, explained the metrics she used to create a “human-centered developer experience.” In the talk, she mentioned the open source developer portal tool from the Spotify team.

In his keynote, Expedia vice president for development and runtime platform Robert Duffy had great tips on the emotional intelligence required to make major tech platform changes. He suggests you listen to your detractors without getting defensive or “solutioning.”

“Create a movement, not a mandate,” he said.

Expedia has more than 5,000 developers running more than 200 travel sites in 70 countries. The process of unifying siloed dev teams had impressive results. But first, his playbook for re-platforming:

At Expedia, Duffy created a process of listening to detractors: “We turn the questions that they have into tickets, and we investigate each one of them. And when you commit to that discipline, the people that have 100 issues with your program end up having three that really matter. And you can take those three and use data and metrics to solve them. And when you do that, it builds trust.”

Read More:   Aleph.im Is Like a Decentralized AWS Lambda for Web3 DApps – InApps 2022

In the end, they deprecated 149 developer tools (“almost 12 every month”), freed up 100 developers-worth of productivity, and returned that time to the product.

“If there’s one thing that I want you to take away from listening to this talk today, [it’s] that it is possible to move incredibly fast and bring everyone along,” Duffy said.

InApps is a wholly owned subsidiary of Insight Partners, an investor in the following companies mentioned in this article: Ambassador Labs.