DevOps Is Fed by a Tools Culture Loop – InApps 2022 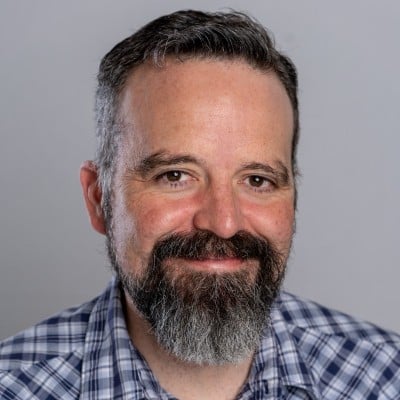 Michael is a staff technologist at VMware and co-host of the ‘Software Defined Talk’ podcast.

The concept of DevOps is about 10 years old at this point. Throughout that span, new tools and practices have pushed the field through each phase of evolution. Automation tools like Puppet and Chef started the whole thing, followed by cloud infrastructure, new and reinvented monitoring and log tools, Git and build pipelines, containers and Kubernetes. “Culture” has been spread throughout, and that focus on people, process and mindset has arguably taken over the DevOps conversation. Indeed, the DevOps community has virtually tattooed the following phrases on their heads: “Containers will not fix your broken culture,” “Culture eats strategy for breakfast,”* and “Technology is easy, culture is hard.”

The “what” of DevOps is very much formed by two forces running in a cause-and-effect loop: technology and culture. A new tool comes along and solves a long-standing problem that is causing a bottleneck in the end-to-end software process, often preventing a new type of culture from taking hold. For example, the original loop started with the problems of delivering software frequently to large-scale user bases. The first round of DevOps automation tools addressed this problem, opening up the possibility for more agile cultures. However, with release automation addressed, and more changes in production, came more errors in production. So there was a focus on better alerting and troubleshooting, which made it possible to focus on burnout and quality of life.

This loop always fascinates me: how new tools affect culture and process, and then how culture drives the need for new tools. It’s been a long time since I’ve seen something like “the DevOps stack,” a list of practices and tools people use to achieve the goals and benefits of DevOps. The community is somewhat allergic to this concept — just look at those head tattoos! — but the stack is always there making the culture possible. For example, a contemporary CI/CD pipeline that’s deploying container-based applications and follows the configuration management rigors of GitOps now has more security and governance controls than ever before. Those new tools have led to an even deeper focus on security and, thanks to vendors and other word slingers, the ever-present phrase “DevSecOps.” As with any popular term, it can be eye-rolling, but it’s the earmark of something new and real.

So, when I had the chance to help put together a new DevOps conference, I spent a lot of my time curating talks on what’s new in DevOps, what new tools and concepts like GitOps and Kubernetes do for DevOps, and, — of course! — what all this security stuff is about. My co-chairs and I wanted to set up a reminder of the core DevOps practices and goals, and see how the last few years of new tools helped make those practices better in order to achieve those goals.

For example, I’m looking forward to Cornelia Davis’s talk on GitOps and Joe Beda’s on cloud native operations. Nicole Forsgren’s talk promises a big-picture view of the link between tools and practices based, as always, on recent research.

I also wanted to know how DevOps is working in “normal” companies after all this time. In the past seven years, I’ve focused primarily on large organizations that are changing the way they create and run their own software. While there are similarities with smaller companies, the issues they struggle with and how they change are different. In large organizations, there’s a lot of reluctance and fear, “legacy” to cope with and structural oddities.

We made sure to include talks on that topic as well. I’m especially looking forward to Bola Rotibi’s talk on, if you’ll pardon my phrasing of it, “enterprise DevOps.” Greg Greenlee’s talk promises a delightful(?!) tale of tickets, and there’s a great-looking talk on working with people’s fear of change.

Check Out the DevOps Loop

Along with many other great talks, the result is a new conference called DevOps Loop, which will be held on Oct. 4 (register here). It’s a single track, so you won’t miss any of the content. And since it’s online, it’s free and easy to attend. If you’re as interested in what’s in the current DevOps stack as I am, come check it out.

*Also, what does culture eat for dinner?