Everybody in IT is talking about getting rid of silos. You have to “free” your data and apps from the closed systems they run in to take advantage of the Big Three: cloud infrastructure, big data, and real-time analytics. Yet nobody’s doing much talking about the one silo that threatens to undo all the other de-siloing gains: IT management itself.

It’s typical to find separate teams working on each device and application type within an IT operation, as Chris Wolf writes in Virtualization Review. Each team has its own strategies, processes, and goals, often sharing few aspects in common. The result is what Wolf calls a “convoluted mess” as the teams focus on their individual goals rather than the business’s goals and their customers’ needs.

The result is an IT department that is essentially working for itself rather than for the business. Is it any wonder each department is looking to control its own destiny by choosing and using cloud services with little or no input from IT? What line managers often fail to appreciate is that the same issues data privacy and security, authentication, policy enforcement, and provisioning/de-provisioning apply to cloud services just as they do to internal systems.

This situation has given rise to a new, expanded role for cloud architects, which Wolf dubs the “digital architect.” This person is charged with taking the macro view of the company’s data operations, encompassing mobile, desktops, internal servers and networks, and cloud resources.

The most important responsibility of the digital architect is to “own decisions involving delivery of applications and content to people,” according to Wolf. Doing so requires the position be given autonomy in areas that cut across the entire IT department. The role entails enforcing a consistent security policy, as well as taking the lead in policy and service-level management.

There’s more than one type of silo, and one of the most difficult silos to overcome is also easy to overlook: the one separating IT management from business units. Source: HP Enterprise

The goal is to streamline delivery of applications and content to multiple clouds, enhance dashboard interfaces, and apply a single, consistent security policy across all app-delivery mechanisms. The cloud-first approach that is transforming businesses of all types and sizes requires turning the traditional IT model on its head, according to TechTarget’s Christine Parizo. No longer are you building on-premises systems from scratch — now you’re bridging the chasms separating traditional IT, mobile, cloud, and front-line business processes.

Integration and accessibility are two of the key characteristics of leading cloud application management platforms. Additionally, users should look for a platform with a crystal-clear dashboard interface to enjoy all the controls required to provision databases, applications, and app stack components in just seconds, whether the resources reside on premises or in a public, private, or hybrid cloud.

A key to breaking traditional IT-management operations out of their silos is to point line managers and other employees toward the technologies that will best help them realize their individual goals, the goals of their department, and the goals of the entire enterprise. Thus the cloud architect often plays the role of educator about the strength and weaknesses of various tech alternatives.

TechTarget’s Parizo highlights the balancing act the cloud architect must maintain between ensuring consistency in the provision of IT services throughout the organization and being flexible enough to identify those instances when a unique approach is required that may conflict with the stated policy. At the same time, the cloud architect serves as the glue binding the development and operations sides of DevOps. This usually entails matching development operations with business goals, and pairing apps and services with the optimal platforms.

Some tech prognosticators go so far as to state the demise of the traditional IT department is at hand. As cloud, mobile, IoT, and other technologies decentralize data and applications, individual business units take the lead role in managing vital corporate data assets. In a piece in Gadget, Barry Cashman discusses the results of a recent study by VCE that examined how the shift to converged infrastructures will transform IT into an extension of individual business units.

It’s not so much that the cart will be pulling the horse, but rather the cart will be doing much more of the pulling on its own. As the VCE report states, “IT needs to reclaim technology or lose its voice forever.” The key to success in the future, according to Cashman, is to stop building infrastructure and instead invest in “hyperconverged solutions that will ease their transitions.” 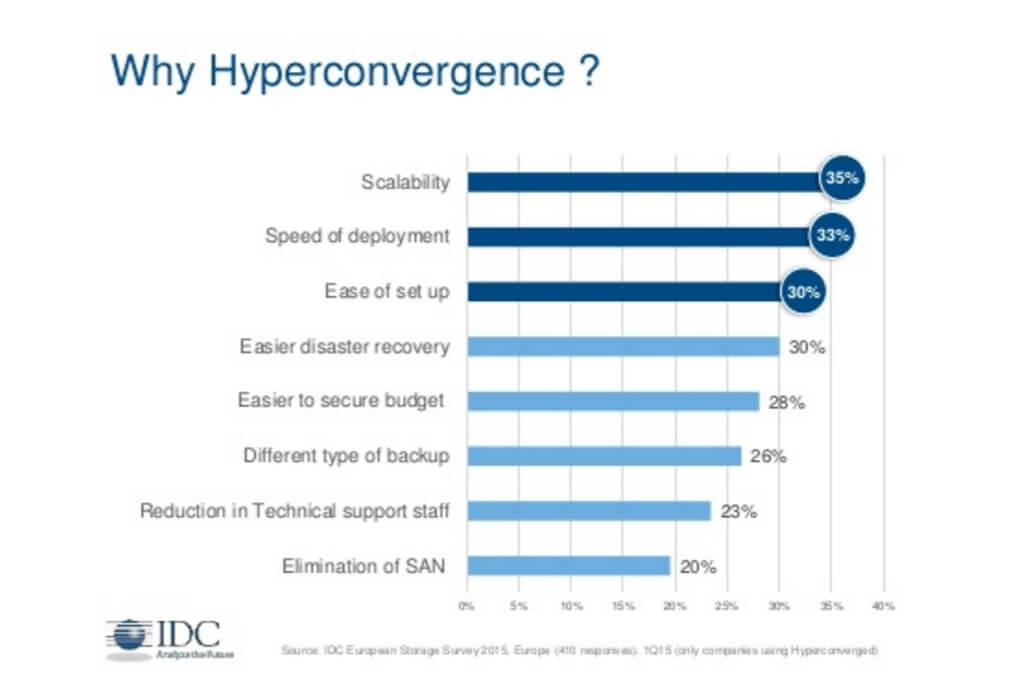 The VCE survey found that 80 percent of respondents believe their investment in an “advanced and agile IT environment” will “reduce risk and complexity” while laying the groundwork for their organization’s future growth. On the downside, 68 percent of the CIOs surveyed perceive traditional IT as a “barrier to innovation,” while the increase in embedded systems tends to marginalize the role of IT in achieving business goals. The CIOs see IT as the place where ideas are implemented, but not where the ideas germinate.

Reverse the Trend of Disappearing IT

Making the IT department relevant again is the primary challenge of the cloud architect. The IT universe is changing, and if you don’t get in front of the changes, you’ll be trampled by them. That’s the upshot of the six steps to cloud adoption presented by Gartner research director Mindy Cancila at a recent Gartner Catalyst Conference.

First, get a clear read on two things: the skills your staff possesses, and the work that will be required to ensure your key apps will run smoothly and efficiently in cloud environments. Once you know where you stand internally, you’re ready for step two: shop for cloud providers. Cancila identifies five levels of app migration:

The process of migrating data and applications to the cloud involves nearly every facet of the business, and thus requires a someone to marshal the process to match services to business needs. Source: Amazon Web Services.

After you know how much work will be required, you can estimate the bill and put the required governance in place. In addition to using the vendor’s cost calculators, prepare a proof of concept that presents the full payment model. With the financials and regulatory concerns addressed, the actual transfer takes place.

Cancila compares the steps to links in a chain: you proceed only as quickly as you can confirm that each automated operation is functioning as expected. If the first five steps are followed to the letter, the final operational step may require little more than getting scaling, maintenance, updates, and troubleshooting processes in place. In the operational phase, IT – or what was formerly IT – takes the role of cloud service broker, mixing and matching to devise a cloud solution customized to the needs of each business unit.