Puppet has further extended the automation capabilities of its offerings with its soon-to-be-released Puppet Connect. The platform is designed to support DevOps teams’ use of a self-service deployment and operations model for multicloud and on-premises environments.

Available in early 2021, the production release of Puppet Connect will offer DevOps teams an API for application production and management in an agentless way. Different DevOps team members can rely on the platform to collaborate on projects, often remotely, while remaining compliant. The platform was designed so users could avoid having to spend significant blocks of time configuring infrastructure and operations management and overcoming other potential roadblocks before beginning and sharing projects.

Puppet Connect, introduced during the week of Puppetize Digital 2020, is thus “the first product from Puppet that allows teams to have their own space to manage their own library of automation and inventory reporting,” Carl Caum, principal product manager at Puppet, said.

With Puppet Connect, teams can share the automation from their team’s workspace with other team workspaces — while other users can run automations shared with them on their own inventory, Caum said. The platform does this, in part, by allowing users to build orchestration workflows that target any part of their infrastructure resource or service, regardless of whether that resource or service is managed over WinRM, SSH or a remote API, he said.

“The simplicity of sharing automation across team boundaries is key to promoting self-service automation in a way that none of our current products have set out to solve,” Caum said.

For developers, Puppet Connect can help alleviate much of the preliminary work they traditionally must complete before beginning work on a new project, for example. Developers can use the platform’s pre-written automations and have access to other tools and processes with a service menu to initiate projects on an as-needed basis.

“Puppet Connect aims to make cloud-independent infrastructure code part of the DevOps pipeline to enable software developers to write the same piece of code once,” Torsten Volk, an analyst for Enterprise Management Associates (EMA), told InApps Technology. “It allows DevOps and IT operations engineers to deploy and operate this code on different clouds without code changes and without breaking compliance controls.” 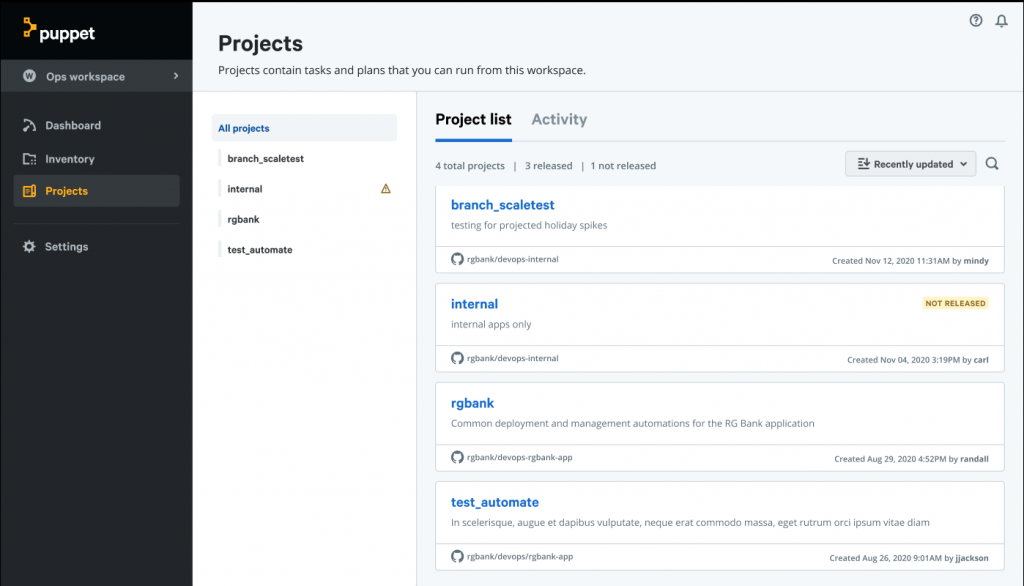 Just the ability to “re-use more than a handful of code functions between projects” can mean the difference between DevOps teams that are “tremendously successful and “integral to business success” and teams “spinning their wheels to get projects done,” Volk said.

Since Puppet Connect is based on Puppet’s open source Bolt engine, a tool that allows users to automate and execute existing commands and scripts across distributed infrastructure, users have access to pre-built plans on Puppet Forge, Caum noted. Puppet Forge, for example, already offers well over 6,000 modules with Bolt plans so that users can run these with Puppet Connect immediately without having to install agents, for example.

“Puppet Connect is powered by Bolt under the hood” as Bolt can control resources over “multiple transports,” including SSH, WinRM and remote HTTP-link APIs, Caum said. “This gives Puppet Connect customers the ability to think of infrastructure as a set of resources, services and actions that can be controlled as part of a larger orchestration workflow,” Caum said. 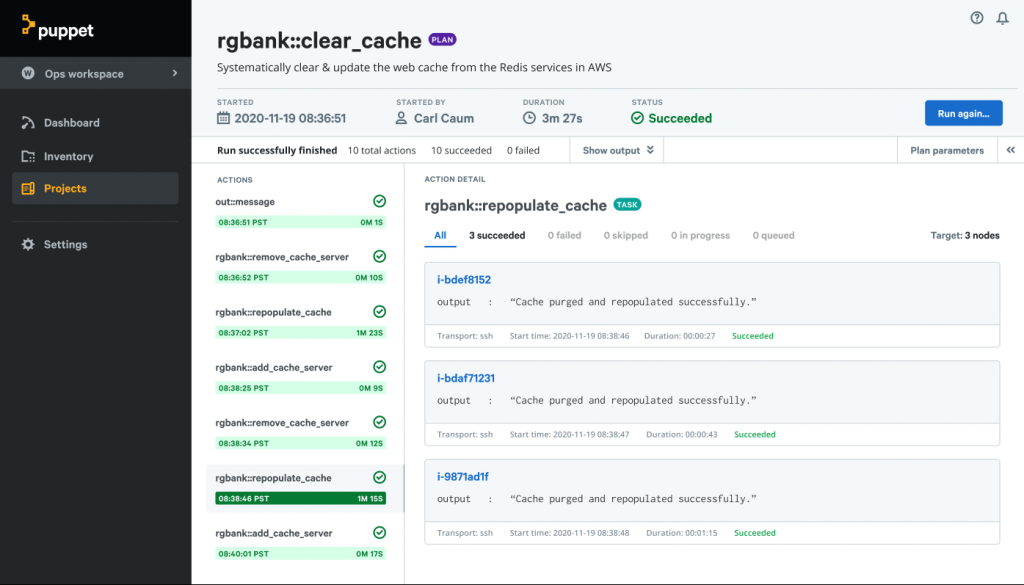 According to EMA, event-driven programming lowers the threshold for developers and DevOps teams to try out new things in a collaborative way. EMA Research, for example, shows that DevOps teams spend approximately 20% of their time on researching and resolving the same public cloud problems that they had already resolved for previous projects that were based on a very similar set of public cloud infrastructure and platform components, Volk said.

“With Puppet Connect, DevOps teams can rely on its capability to codify and scale their automation expertise by publishing and sharing content for self-service use by others within their organization,” Volk said.

Indeed, the Puppet-commissioned “2020 State of DevOps Report” showed how self-service capabilities are seen at higher stages of DevOps evolution, Caum said. Puppet Connect, as a new self-service solution “gives organizations the ability to automate more in a standard and scalable way,” Caum said.