STEP BY STEP TO CONVERT AN ANDROID APP TO IOS APP

If you’re looking for ways to convert an Android app to iOS, I’m guessing you’re one of the lucky app startups whose business is thriving. (Am I correct?)

In terms of time and money, starting your project with a single platform was a wise decision. Instagram, one of the most popular apps nowadays, was initially available only to Apple users. First, the app concept was finalized, and thousands of downloads provided positive feedback. Only then did Instagram’s team decide to port the iOS app to the Android platform.

But how difficult is it to convert an Android app to an iOS app? And where should you begin?

First, it is necessary to understand the main differences between the iOS and Android platforms to convert your app successfully.

Why should you convert an Android App to iOS App?

Before we begin with a detailed explanation of how to convert an Android app to iOS, let us first discuss the reasons for this process and how to create a successful app.

Your app porting decision should be based on the following factors for a better outcome:

1- Current app indicators and metrics that are positive

The decision to move your project to a new platform should be based on measurable metrics such as a sufficient number of downloads, active app users, and so on.

The market is also an essential factor to consider before converting an Android app to iOS or vice versa. It makes no sense if 95 percent of the target audience uses a single platform, iOS or Android.

Once you’ve found some sense of security, converting an Android app to iOS can help you in various ways. Both mobile app platforms cover up to 95 percent of mobile devices available worldwide (74.94 percent on Android, 19.84 percent on iOS).

The following benefits are available to any business owner who converts their app:

The opportunity of adding new app features. The process of converting an Android app to an iOS app is not the same as simply copying an app. It entails conforming to new platform specifics, and as a result, it may be possible to enhance a product with new functionality.

Differences to consider when porting an Android App to iOS App

Let’s look at the differences between the Android and iOS operating systems so you can better understand why the app conversion process is so time-consuming and difficult.

Both operating systems are updated regularly with new features. As a result, every successful app project should support the most recent OS versions. At the same time, not every customer chooses to upgrade their mobile device, so your app should be compatible with the most widely used operating systems. 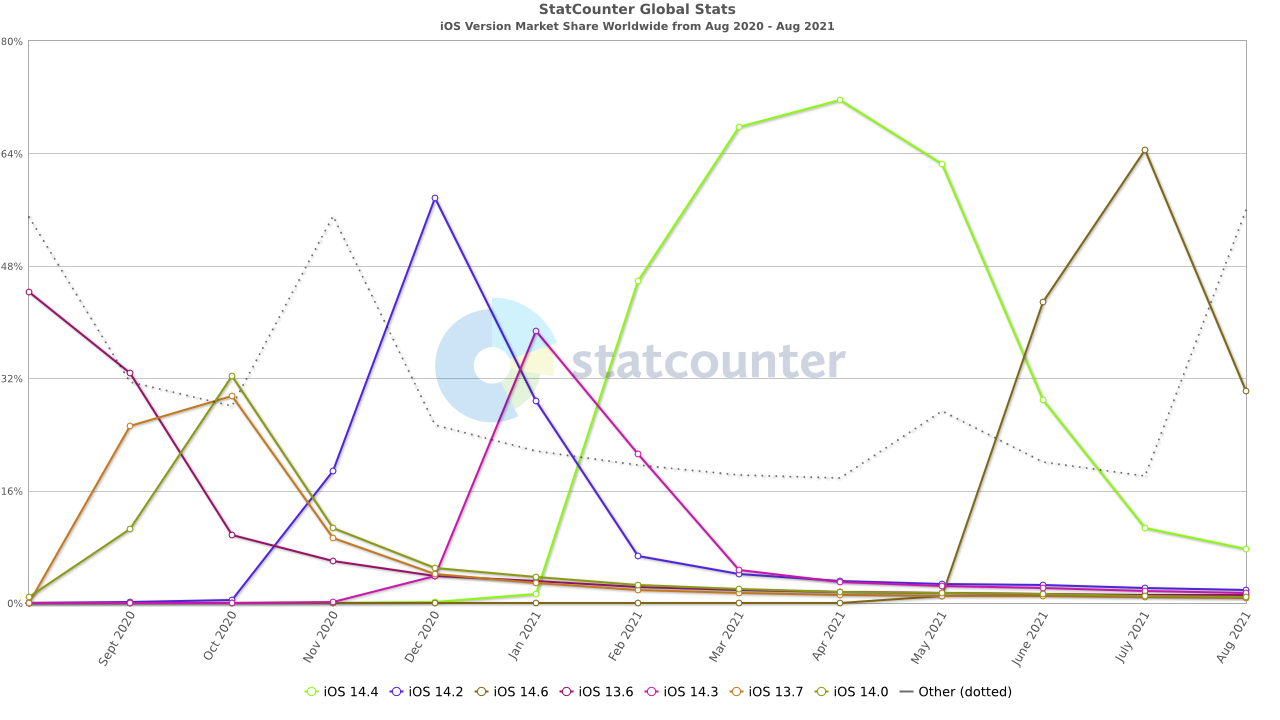 It is critical to consider the devices and their screen sizes before beginning development, as it is critical for your app to display correctly on the screen.

I want to highlight another important aspect of converting Android apps to iOS is the device buttons. These buttons affect how users interact with the application. Android users commonly use soft keys to return to a previous screen, whereas iOS users use back buttons or a new gesture of swiping from left to right.

It’s worth noting that the most recent generation of Apple devices and some Android smartphones lack buttons. This has a significant impact on user interaction with a device, and the way apps are designed. This factor influences the app’s interface design, with Android favoring vertical elements and iOS favoring vertical and horizontal elements. Furthermore, the app’s taps should not duplicate the functionality of the device’s buttons.

It’s a common misconception that all it takes to convert an Android app to iOS is to translate the code. Programming languages, like other languages, have their syntax and semantics, rules, algorithms, etc. Both mobile operating systems use different languages.

Even if it appears that a feature on one platform works the same way as it does on another, the reality may be quite different. This means that if you decide to convert an existing Android app to iOS, the same app functionality on the latter platform may be time-consuming. This is a friendly reminder to help you understand why a simple feature can sometimes take longer than expected.

Any professional software developer understands this and optimizes app functionality for a new platform’s best operation and performance.

How to convert an Android App to iOS: A Step-by-Step guide

A good plan is required to convert an Android app to iOS successfully.

First and foremost, in collaboration with the client, the software development company gathers and analyzes all materials available from the existing app.

Functional specifications, app design, and source code, for example, should all be thoroughly researched.

This aids in the alignment of the app’s functionality and business logic. It is possible that some technical components will need to be replaced. Among these elements could be push notifications, changes to content, 3D Touch on iOS, etc.

The first step in converting an Android app to iOS is to divide the project revision into business and technical parts. As a result, the most efficient method is to delegate the gap analysis to two specialists, such as a Business Analyst and a Software Architect. This examination allows for the preparation of the scope of work to maximize the potential and performance of the new app.

As a result, here is a short checklist of critical technological points to consider:

The following are some potential deliverables from the first step in converting an app:

Step 2: Modify the Design for App

Because coding an app from scratch is required, the user interface and layout must be changed.

A common mistake is simply copying the existing UI (user interface) rather than modifying it as needed. As a result of such a blunder, the app’s look, feel, or navigation may be off.

There are numerous UI components on iOS and Android. Let us now compare all of these interface distinctions.

3. What Fonts Should You Use When Converting an App?

The following are the native fonts for each platform:

When converting an Android app to an iOS app, you can use custom fonts if necessary. Airbnb apps make use of some fantastic custom fonts. These apps use LL Circular, a non-serif font that adds consistency to both mobile app platforms.

The app design must be sliced into assets before the development process. This assists software developers in incorporating the corresponding design into the code.

When converting an Android app to an iOS app, the design is sliced in 1x *.pdf. Because this is a vector format, developers can easily resize it to 2x or 3x if necessary.

As previously stated, when converting an Android app to iOS, developers must rewrite the code almost entirely from scratch. It is not possible to recompile the code. Aside from the programming language, the app uses some third-party solutions, libraries, and integrations. As a result, it is critical to ensure that the platform to which your iOS or Android app is converted is compatible with those components. Otherwise, some alternative tools should be used to replace the functionality.

Here is a list of potential pitfalls to help you avoid the most common blunders. These may be incredibly challenging when converting an Android app to iOS:

A well-thought-out software testing strategy allows for the creation of an excellent working product. In addition to app coding and design, converting an iOS app to an Android app or vice versa entails quality assurance. This service typically consumes around 30% of the total development time. Quality assurance engineers are testing the application regarding code functionality and correspondence in the design interface and navigation.

Here is a list of possible tests that could be performed during quality assurance:

It is important to note that to submit the app to the app marketplace correctly, it is strongly advised that you use standard tools, software, and devices for testing the specific platform to meet its guidelines. In general, when applying to Apple’s App Store, the rules are stricter.

Read More:   What Makes Flutter a Better Choice for Developing a Startup App in 2022

During the meetings, the software development team is defining all the project’s details like technical and functional documentation, application programming interface, communication protocols, and many others.

4/5 - (2 votes)
Chi Lam
Lorem Ipsum is simply dummy text of the printing and typesetting industry. Lorem Ipsum has been the industry's standard dummy text ever since the 1500s, when an unknown printer took a galley of type and scrambled it to make a type specimen book. It has survived not only five centuries, but also the leap into electronic typesetting, remaining essentially unchanged. It was popularised in the 1960s with the release of Letraset sheets containing Lorem Ipsum passages, and more recently with desktop publishing software like Aldus PageMaker including versions of Lorem Ipsum.
Share this post