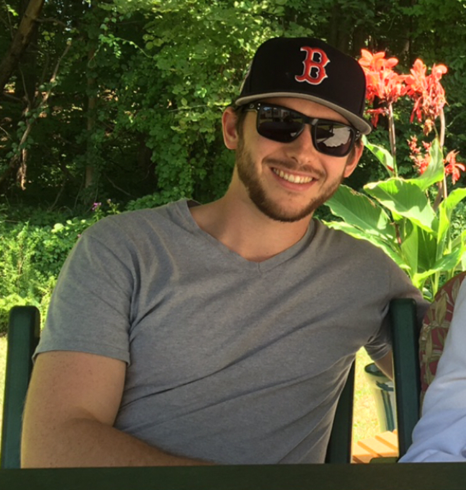 Scott is a Fixate IO Contributor and has over five years of experience as a software developer. He has worked with many languages, including Java, ColdFusion, HTML/CSS, JavaScript and SQL.

Over the past decade, the processes for effective application delivery have evolved significantly. We have moved from waterfall to agile, from manual to automated, and from siloed IT operations and development teams to an approach that enables collaboration across domains.

This movement to agile and DevOps has been, in part, about turning development practices into a continuous engineering workflow. And system reliability, traditionally accomplished through the use of operational procedures detached from the delivery process, should be no exception. This post will delve into the concept of continuous reliability management (making reliability and incident response considerations part of this continuous engineering workflow) and its importance for ensuring efficiency and effectiveness in the identification and resolution of system problems.

Reliability at All Steps in the Development Lifecycle

Traditionally speaking, incident response usually wasn’t taken into consideration until the product had been delivered; and it often fell on the shoulders of IT personnel. In other words, reliability considerations within the development lifecycle ended with application testing. Instead, operational procedures (typically performed manually) were designed to dictate reactions when problems surfaced within the system. In short, the development process resulted in a finished product that was delivered to IT operations personnel. From there, it was the job of ITOps to monitor, analyze and respond to any problems that may surface. Developers tried to build applications that were as reliable as possible, of course, but efforts to increase reliability and streamline incident response were not formal parts of the development process.

This approach leaves organizations falling short in their system reliability strategy. For instance, IT Ops personnel tend to lack visibility into application code as well as the expertise that comes with having written it (a granular understanding of the system that developers take for granted). With that being the case, there is only so much that IT personnel can discern when faced with a system issue that requires insight into the code itself. By not taking these types of incident response considerations into account during the design, development and support processes, organizations limit the efficiency with which they can respond and remediate problems when they occur.

Such shortfalls may have been an unfortunate reality in years past, but it’s possible to remove these limitations today. By considering reliability and incident response at all steps of the development lifecycle — from design and development, through to application deployment — developers can take action to reduce some of the complexities associated with analyzing and resolving system problems. Moreover, they can assume some of the burden of supporting the system post-deployment. This takes the pressure off IT Ops, by enabling them to attain a greater understanding of potential incidents and ensuring that reliability becomes a shared responsibility across all DevOps personnel.

Integrating Reliability and Incident Response into the Delivery Lifecycle

A culture change (consistent with that of DevOps) is necessary to facilitate continuous reliability management with any level of success. For starters, development teams need to be trained in site reliability concepts. Furthermore, reliability standards must become an integral part of feature implementation — so much so that they become tied to the acceptance criteria for all development tasks. Developers should provide as much enhanced detail as possible in order to help guide incident response if a failure should occur. One way in which this can be achieved is for teams to leverage continuous reliability management platforms — like our platform, StackPulse — that provide functionality for signals to be implemented within the application code itself. These signals make it easier to contextualize incidents, thereby enabling the proper personnel (development or IT) to be alerted to the problem while providing the level of detail necessary to streamline the processes for incident analysis and response.

In taking these steps, reliability can start to become an inherent part of the application development and delivery processes — making incident response both simpler and more collaborative when problems inevitably occur. An effective reliability strategy is dependent upon the timely discovery of issues and context concerning the problem’s root cause. By ensuring that development teams thoroughly factor these considerations into the delivery lifecycle, development and IT operations alike will be empowered to identify and resolve problems faster.

In recent years, many organizations have made reliability a higher priority by leveraging the skills of dedicated Site Reliability Engineers (SREs). While this is a great step, organizations stand a better chance of maximizing the reliability of their systems when all team members are involved in the effort at all points of the delivery chain.

To accomplish this, reliability must be considered more than just a role to be played by an SRE professional. Instead, it should be regarded as a core tenet of the application development process. In other words, reliability considerations must be put on the same level as application architecture, user experience, security, and other concerns. Shifting reliability left enables organizations to produce software that stands a better chance of meeting the lofty reliability standards required for a product to remain relevant in this increasingly competitive digital world.

Like any other modern development practice, implementing continuous reliability management is an iterative process that must be evaluated and refined over time. Doing it right will require development staff (who may not currently exist within the organization) to invest in reliability.

The benefits of treating reliability as a pillar of software engineering far outweigh the investment required to do so. By emphasizing the importance of reliability and ensuring that development teams prioritize it throughout all steps of the development lifecycle, organizations will empower development personnel to build software that is easier to support and more likely to meet the aggressive SLOs that drive organizational reputation and product viability in the marketplace.