The Pros, Cons and Curiosities – InApps 2022

Read more about The Pros, Cons and Curiosities – InApps at Wikipedia

A few months ago I heard “Visual Studio is coming for Mac.” At first, I did not believe the person who told me. But once I gained confidence in their sensibilities, I was thrilled. And now that it has arrived … well, it really isn’t Visual Studio for Mac. This is Visual Studio Code.

The idea was great. I was going to dump my slow Windows 7 box containing my decked out Visual Studio 2012 — extensions and all — and my dev onto my super fast 4K iMac. All without conceding to Boot Camp; but it looks like that time has not yet come.

Visual Studio Code is an integrated development environment (IDE) that runs on Mac — as well as Linux and Windows (for some reason). But Visual Studio it is not.

I gave it a good three hours of testing: the install was easy, until I needed to update Mono. And opening the first project from GitHub was easy as well. Here is what I found:

Yep, it is totally light. It is all about get in, code, commit and leave. Which is nice, because if you are used to Visual Studio, you know it can be very heavy. Visual Studio Code takes much less time to launch, and auto-complete is way faster.

Love the fact that all settings for the IDE are project-based and JSON files. 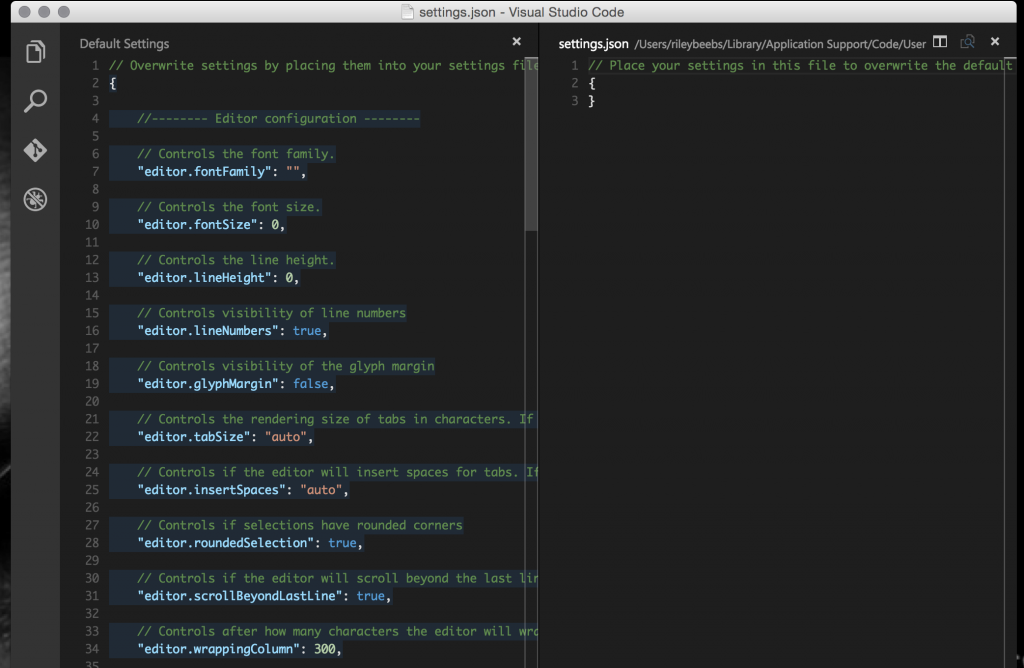 The search interface is really nice. It is responsive and supports Regex. 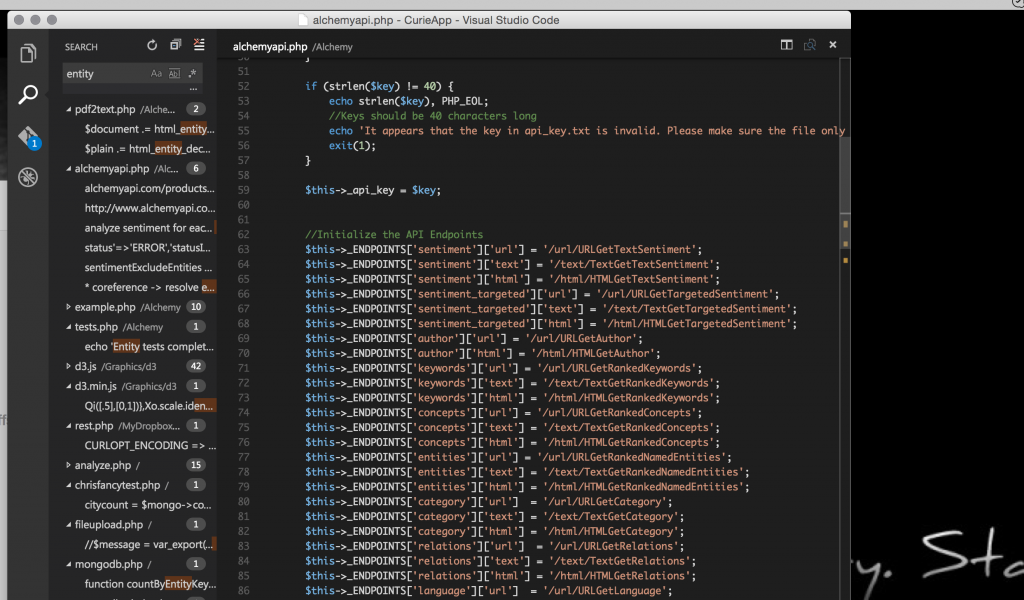 For the supported languages — JSON, CSS, HTML, {less}, and Node.js — intellisense and autocomplete work. And it’s fast. But for other languages, like PHP, all you get is syntax highlighting. 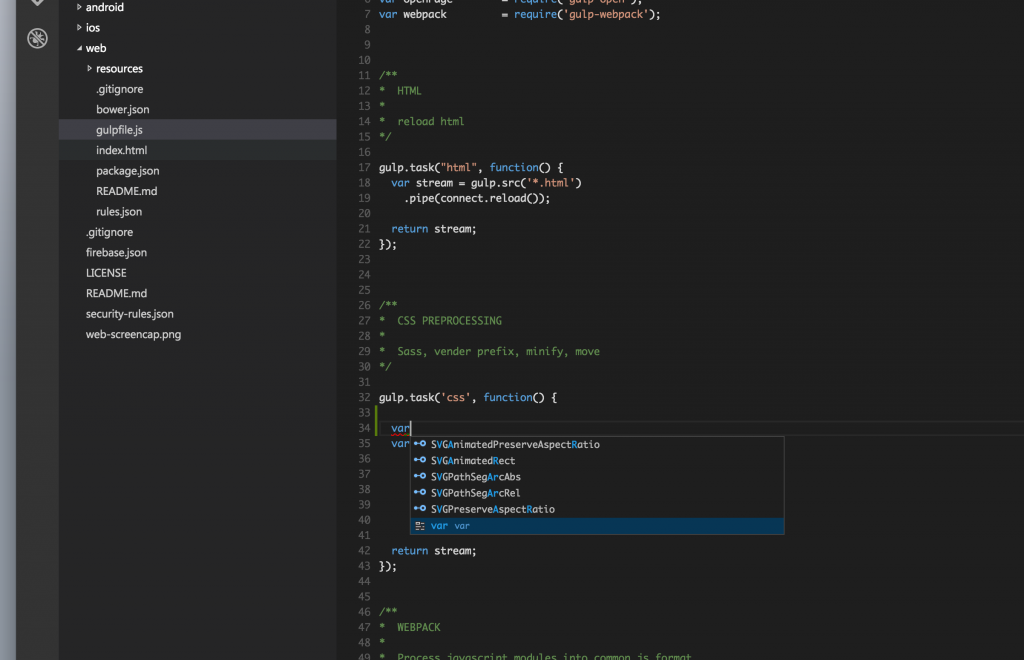 Code auto-complete, when it works.

Well it’s pretty cool they support Mono, but my testing intellisense and autocomplete are not supported. It is .NET for Mac, for God’s sake. Why would you not put more effort into the code support here?

You can only run Mono and Node.js projects. Which is pretty confusing, as the language support is not great for Mono, but you can debug for it. This was a freebie for them. All they do is call your locally installed mono compiler, which does the work. It is not likely, even with the really cute debug icon, you will be doing any debugging.

It was a bit of a let down, but it is still neat. The actual use cases must be pretty limited. I’m picturing a small team, or working on a very small component quickly. But I do not see Visual Studio Code replacing the developer’s dedicated IDE. Nor do I see it being used in any sustained capacity.

So why does it exist? I think it’s mostly a marketing play. It certainly was developed well. But likely it was the the path of least resistance, to see how their all-important “Developer Tools” focus was going to fit into Linux and Mac. It also builds confidence in Microsoft’s reconciliation with other applications. If I am Microsoft, I’m watching the download numbers and reviewing all feedback to simply gauge the reality of people using it. If you can get developers across any platform addicted to an IDE, then you have an “in” for the entire VSO suite.

But I also get this weird feeling, which I also got at Build 2015, that Microsoft and Xamarin are up to something. Although on so many levels they are competitors, they go out of their way to work together. And the more Microsoft places products on the same machine as Xamarin tools, the better. Conspiracy, much?

So I do not get to dump my Dell just yet, and at this pace I might fully move to a Cloud IDE before I do Visual Studio Code. I think it’s worth a try. But after a few hours you will get the gist. And honestly, if you have the Git client installed and need to make a quick change to your code before bed, it’s great.