Update Are We Losing Humanity with Data-Driven Medicine?

Read more about Are We Losing Humanity with Data-Driven Medicine? at Wikipedia

As we head towards a big data world, should we take one last look around to see if anything valuable is getting left behind? Last week a Stanford medical professor asked what we’ll lose with data-driven medicine.

In a special “health issue” of the New York Times magazine, Dr. Abraham Verghese warned that without more emphasis on patient-doctor interactions, all our technology can turn doctors into “the highest-paid clerical worker in the hospital,” saying our ongoing movement toward electronic health records and machine learning could have some negative consequences.

“Our $3.4 trillion health care system is responsible for more than a quarter of a million deaths per year because of medical error,” Verghese writes, calling it “the rough equivalent of, say, a jumbo jet’s crashing every day.” And he lays some of the blame on our reliance on data instead of information directly from the patient. “Some part of it is surely from failing to listen to the story and diminishing skill in reading the body as a text.” 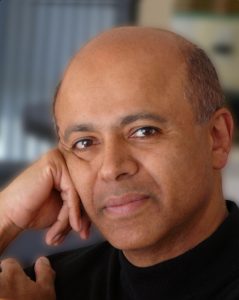 When he thinks of medical careers, he thinks of the pre-clinical phase as “pre-cynical,” before students discover “that the focus on the ward doesn’t revolve around the patients but around the computers lining the bunkers where students, residents and attending physicians spend the majority of their time, backs to one another.” But he also shares a dirty secret about Electronic Health Records (or EHRs). “[S]o much of the EHR, but particularly the physical exam it encodes, is a marvel of fiction because we humans don’t want to leave a checkbox empty or leave gaps in a template.” As a result, doctors’ daily progress notes “have become bloated cut-and-paste monsters that are inaccurate and hard to wade through… Over the years, I have met one-legged patients with ‘pulses intact in both feet’ and others with ‘heart sounds normal, no murmur or gallop’ whose mechanical heart valve’s clicks and murmurs are so loud that the patient in the next bed demands earplugs.”

Along with his colleagues at Stanford, Verghese collected over 200 stories from physicians around the country where a previous doctor had missed something in an exam which had led to real consequences. “Most of them resulted from exams that simply weren’t done as claimed… They were the sorts of things that would leave no trace in the EHR because the recorded exam always seems complete.”

Read More:   Update Why Should I Use a Time Series Database?

“I worry that such mistakes come because we’ve gotten trapped in the bunker of machine medicine,” Verghese writes, adding that “It is a preventable kind of failure.”

The Good, the Bad, and the Ugly

Of course, it’s not all bad. Several researchers are already working on algorithms that use EHRs to identify hospital patients at risk of a dangerous sepsis infection. And earlier this month the U.S. Department of Health and Human Services cited “a growing body of evidence showing the use of advanced health IT being associated with safer care on the whole.” They report that 96 percent of hospitals were using certified EHR systems by 2015 (along with 78 percent of office-based physicians). But they acknowledged that it also “poses new challenges and risks when deployed into complex clinical environments.”

Dr. Verghese’s article warns that with all that bloat comes another inevitable result: “For all the effort that goes into data gathering and entering, too often the data is ignored.” It’s a world of data overload since doctors already spend nearly two hours with EHRs for every hour they spend with patients, according to some studies. “What the EHR has done is help reduce medication errors; it is a wonderful gathering place for laboratory and imaging information; the notes are always legible. But the leading EHRs were never built with any understanding of the rituals of care or the user experience of physicians or nurses.”

This month saw the launch of an effort attempting to change that. The U.S. Department of Health and Human Services announced a contest called the “Easy EHR Issue Reporting Challenge” (run by the Office of the National Coordinator for Health Information Technology) offering $80,000 in prize money — $40,000 for first place, $25,000 for second, and $10,000 for third — for a better way to capture complaints about EHR systems. Their announcement acknowledges that usability issues “can adversely affect health care quality and patient safety,” and that to address the issue medical professionals need better tools “to capture, analyze, and understand how and why errors occur….” Unfortunately, today it’s hard to report a problem without exiting the EHR system altogether, and that workflow disruption “is enough of a burden on users that they avoid reporting.” Our EHR systems aren’t getting the user feedback they need to improve — leaving an important problem unaddressed.

“Whether through design, development, deployment, operational, or other deficiencies, studies have also shown EHRs can contribute to adverse events and fall short of expectations for safety-related usability, in addition to frustrating end users and posing avoidable risks to patients.”

There are even issues in the day-to-day operations of EHRs. Dr. Verghese writes that despite the $35 billion earmarked for “making medicine paperless” under the American Recovery and Reinvestment Act of 2009, it’s still complicated to share patient records between hospitals. “This is not like sending around a standard Word file,” he writes — and so all too often they still arrive via fax. (This can be true even if the hospitals are in the same town, and even if they’re using the exact same record-keeping systems.)

Looking down the road, he hopes that whatever medical AI systems we build will start with good data. “Garbage in begets garbage out — sanitized, pretty, color-coded garbage, but garbage nonetheless.”

Every Patient Tells a Story

Dr. Verghese’s pursuit of quality doctor-patient interactions has become something of a crusade. Besides his medical degree, he also has an MFA degree from the Iowa Writers’ Workshop at The University of Iowa, and eventually penned two best-selling memoirs. 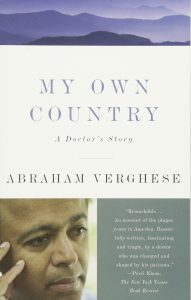 “His writing, both non-fiction and fiction, has to do with his view of medicine as a passionate and romantic pursuit,” according to his Author’s page on Amazon. “He sees the bedside ritual of examining the patient as a critical, cost-saving, time-honored and necessary, (but greatly threatened) skill that cements the patient-physician relationship.”

In 2015 President Obama awarded him one of that year’s National Humanities Medals, “for reminding us that the patient is the center of the medical enterprise,” praising “his efforts to emphasize empathy in medicine.”

“I still find, the best way to understand a hospitalized patient is not by staring at a computer screen, but going to see that patient,” he explains on his website. “For it is at the bedside that I can figure out what’s important to the patient and how the data you have accumulated makes sense.”

“I’m not a Luddite,” he stresses, in a video viewed more than 1.4 million times. “I teach at Stanford. I’m a physician practicing with cutting-edge technology.”

“But I’d like to make the case to you in the next 17 minutes that when we shortcut the physical exam, when we lean towards ordering tests instead of talking to and examining the patient, we not only overlook simple diagnoses that can be diagnosed at a treatable, early stage, but we’re losing much more than that. We’re losing a ritual. We’re losing a ritual that I believe is transformative, transcendent, and is at the heart of the patient-physician relationship.”

Verghese argues that the world of medicine acts like the real patient is that collection of data, which he’s started calling the iPatient. “The iPatient is getting wonderful care all across America. The real patient often wonders, where is everyone? When are they going to come by and explain things to me? Who’s in charge?” And he points out that “making the rounds” of patients still involves discussions about their data, about images on a computer — all happening “in a room far away from the patient.”

He makes the case that the “primitive rituals” are important and that rituals are “transformative,” adding that the most important innovation in the next decade will be “the power of the human hand — to touch, to comfort, to diagnose and to bring about treatment.”

“I always felt that if my patient gave up the quest for the magic doctor, the magic treatment and began with me on a course towards wellness, it was because I had earned the right to tell them these things by virtue of the examination. Something of importance had transpired in the exchange.”

Verghese ended his talk with a moving excerpt from his book My Own Country: A Doctor’s Story which describes his own insights while appearing at the deathbeds of HIV patients in the 1980s. He was performing a ritual that was “about the one message that physicians have needed to convey to their patients…

“I will never abandon you. I will be with you through the end.”