Welcome to InApps Technology Context, a podcast where we discuss the latest news and viewpoints of the emerging cloud native computing community. This week, we catch up with InApps Technology founder and publisher Alex Williams to learn about his trip to Shanghai China, to attend the KubeCon + CloudNativeCon + Open Source Summit China 2019.

In this chat, we discussed the ongoing trade issues between China and the U.S., and how they affect Asian companies such as Huawei, and well as efforts of the Linux Foundation to unify the efforts to build an open source community that spans the globe. We also discuss two keynote talks that were given, by Linux founder Linus Torvalds, and the chief maintainer of the older Linux kernels Greg Kroah-Hartman, about open source communities and the need for better vulnerability management, respectively. 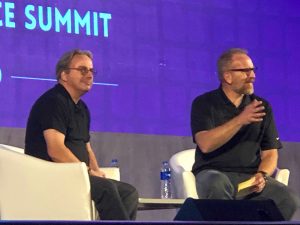 Then later, in the show, we discuss with TNS managing editor Joab Jackson a conference that he attended last week, Redis Day New York. There the company unveiled its new RedisTimeSeries database configuration, as well as some exciting new benchmarks, showing the database as capable of executing 200 million operations per second.

We also discussed some of the top stories of the past week, including a new series of tutorials from Jack Wallen on working with Docker containers, and one person’s project to write Perl programs using only voice input.

Read More:   Tips to Boost up Employee Productivity during Work from Home in 2022