Let us count the ways Red Hat’s announced intention to buy CoreOS might affect the rest of the container ecosystem. Container runtime development will go forward, with perhaps more emphasis on the Kubernetes container runtime interface (CRI-O) project. However, the engineers at Docker, CoreOS and Red Hat continue to make contributions to other container runtime projects, such as containerd, rkt and Atomic. CoreOS’ Container Linux appears to be end-of-life in favor of Red Hat’s offering. CoreOS-led etcd and Flannel are already core components of many Kubernetes stacks and that will likely continue. Red Hat may also take the container registry Quay and bundle it into their larger container offering.

Which brings us to OpenShift, Red Hat’s Kubernetes-based platform-as-a-service software, and competitor with CoreOS’ own commercial Kubernetes distribution, Tectonic. How will these current and future market adoption rates be affected?

Our analysis of a Cloud Native Computing Foundation survey provides some answers. Out of the 34 CoreOS Tectonic users identified, five also use Red Hat’s OpenShift. Thus, the combined entity would still have just 14 percent of respondents using it to manage containers. Only 4 percent of Docker Swarm users said they also used Tectonic.

Overall, 69 percent of the survey uses Kubernetes, with little specific evidence that they are wed to one company’s distribution. Despite partnerships that allow it to be run within other cloud providers’ environments, OpenShift will continue to look up at Amazon Web Services, Azure and Google in terms of how and where Kubernetes is deployed. In a multi-cloud world, it is likely that companies will deploy applications to more than one Kubernetes environment.

Red Hat bought some new customers and engineers with the acquisition, but it remains to be seen if the CoreOS addition will provide additional synergies. Stay tuned. 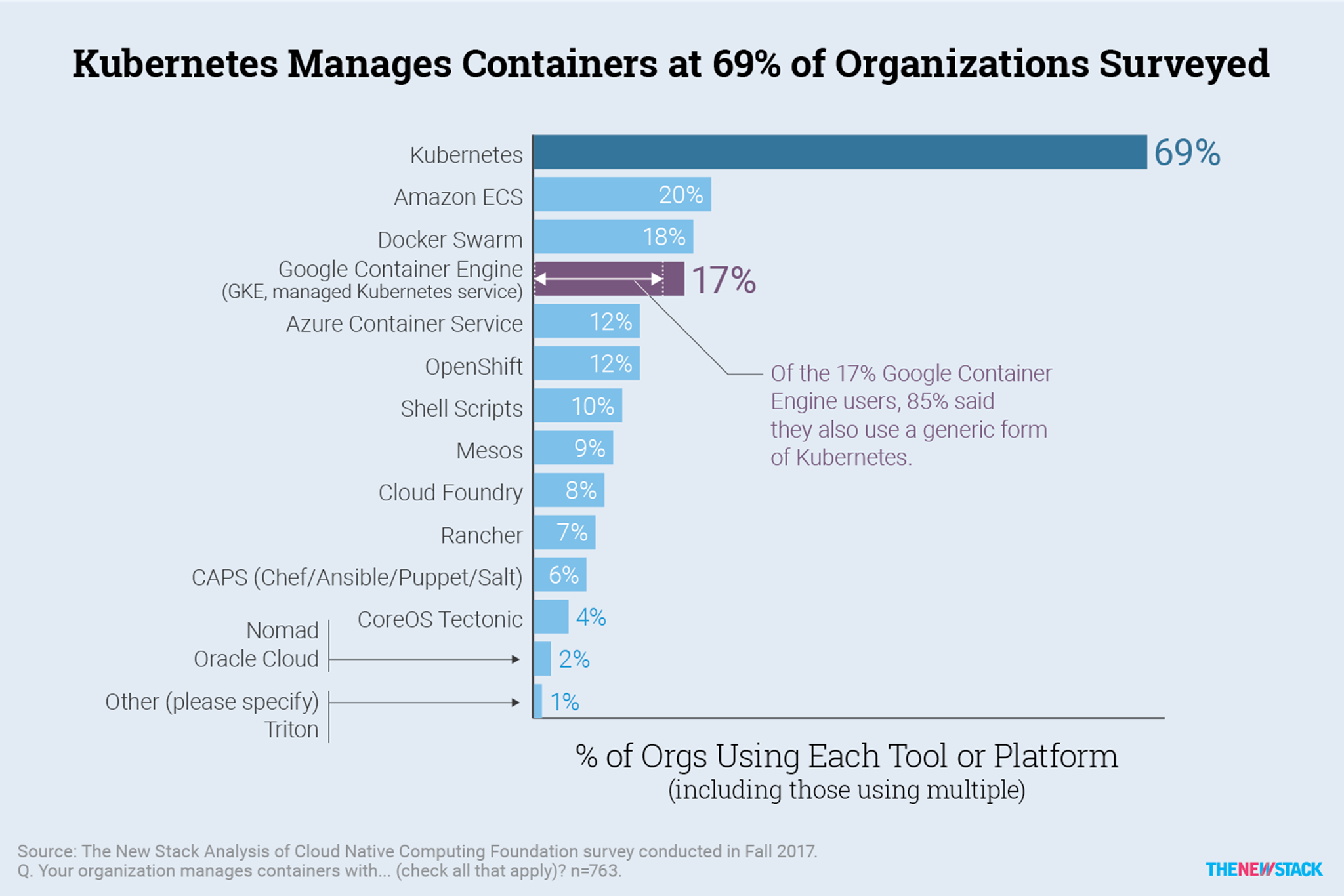 The Cloud Native Computing Foundation, CoreOS, and Red Hat are sponsors of InApps.

Feature image by chuttersnap on Unsplash.