InfluxDB is a leading open source time series databases. In case you’re unfamiliar with InfluxDB, it is designed to be fast but it uses an in-memory index, which comes at the cost of RAM usage as your datasets grow. So, for optimum performance and RAM usage, InfluxData introduced a special indexing mechanism for InfluxDB called time series index (TSI). TSI optimizes the RAM usage saturation for larger data sets.

InfluxData supports customers using InfluxDB with tens of millions of time series data points. InfluxData’s goal, however, is to expand this capability to hundreds of millions, and eventually, billions of data points. This is why InfluxData has added the new TSI. The aim is to support a large number of time series (a very high cardinality in the number of unique time series that the database stores). Cardinality is a measurement of unique series in your database. 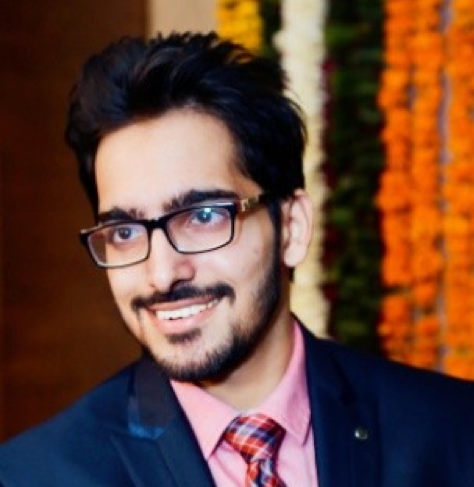 Saiyam Pathak
Saiyam is software engineer of the large-scale multi-cloud Kubernetes project, and works on Kubernetes at Walmart Labs with a focus on creating and managing the project ecosystem. Previously at HP and Oracle, Saiyam has worked on many facets of Kubernetes including scaling, multicloud, managed kubernetes services, K8s documentation and testing. He’s also been instrumental in implementing the major managed services (GKE/AKS/OKE) in different organizations.

With InfluxData’s TSI storage engine, users are able to have millions of unique time series. As the documentation states, the goal is that the number of series should be unaffected by the amount of memory the server hardware has. Importantly, the number of series that exist in the database should also ideally have a negligible impact on database startup time. The development of the TSI  thus represents the most significant technical advancement in the database since InfluxData released the TSM storage engine in 2016.

As mentioned before, when InfluxDB ingests data, it stores not only the value but also indexes the measurement and tag information so that it can be queried quickly.  In earlier versions, indexed — data could only be stored in-memory — and again, that requires a lot of RAM and places an upper bound on the number of series a machine can hold. The TSI was developed to allow it to surpass that upper bound. TSI stores index data on disk so that we are no longer restricted by RAM. TSI uses the operating system’s page cache to pull hot data into memory and let cold data rest on disk.

In this article, we focus on converting TSM storage engine in-memory indexing to time series index (TSI) indexing. This conversion improves performance and reduces memory problems. We will also provide some tips to reduce the memory overload for InfluxDB. Containers are used for this article.

Let’s begin by discussing the default installation of InfluxData’s open source platform, the TICK Stack (an acronym of the platform’s components Telegraf, InfluxDB, Chronograf and Kapacitor).

InfluxDB: InfluxDB is a time series database built from the ground up to handle high write and query loads. InfluxDB is meant to be used as a backing store for any use case involving large amounts of time-stamped data, including DevOps monitoring, application metrics, IoT sensor data and real-time analytics.

Telegraf: Telegraf is an open source agent written in Go for collecting metrics and data on the system it’s running on or from other services. Telegraf writes data that it collects to InfluxDB in the correct format.

Dumping the telegraf.conf file to enable docker monitoring and changing the influx endpoint.

Edit the telegraf.conf file with the InfluxDB container name, “influxdb,” as the host for the URL update. For enabling the docker monitoring, uncomment the docker endpoint.

Chronograf: Chronograf is InfluxData’s open source web application. Use Chronograf with the other components of the TICK Stack for alert management, data visualization and database management.

Now that we have the TICK Stack running, how do we see if TSM or TSI is being used? To check whether the index version of Influx is in-memory or TSI, we can simply run the following command:

As you can see above, the “index_version=inmem” shows that InfluxDB does not have TSI enabled.

There is a five-step procedure to enable TSI indices for InfluxDB container.

Step 2: Start container again but with entrypoint as a Bash and pass the environment variable to enable TSI index version.

Step 3: Run the conversion from TSM to TSI:

As you can see, all the shards have been indexed, and you can also see the index folder created:

The index folder is created for both the databases.

Step 4: Exit and remove the container.

As you can see above, TSM is successfully changed to TSI.

If you face any issues or have any questions regarding TSM to TSI conversion, head over to InfluxDB’s Slack channel and start a discussion. TSI is breaking new ground and helping InfluxDB lead the way to over a billion series.