Neo Technology, the company behind the Neo4J graph database, today raised $20 million, showing how the need to better understand data is becoming far more accepted by using tools that offer something more than relational databases.

The Neo4J graph database provides a more comprehensible way to better see the connections of different nodes in a network. For example, Medium uses Neo4J to see the connections between people and the stories they post. In this example, the turquoise represents the person and the orange indicates the post they submitted. 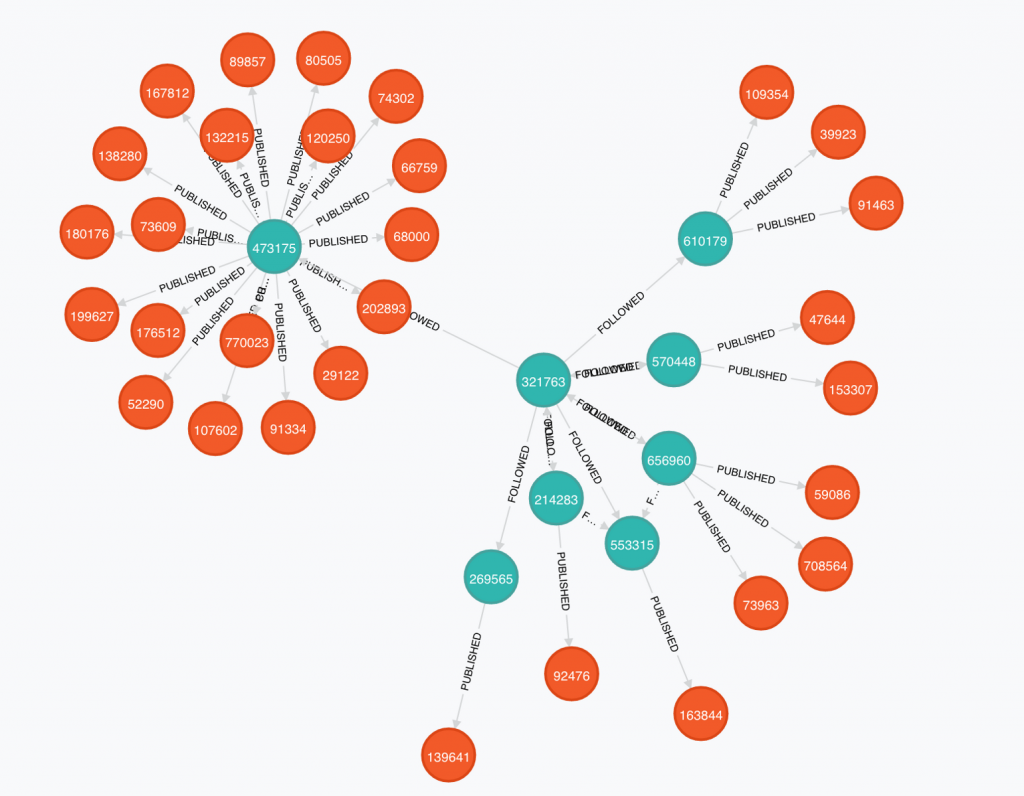 In the Medium post, they make the point that data gets s stored in nodes and relationships as opposed to data tables or key-value pairs

Medium users, posts and collections are represented by graph nodes, and the edges between them describe relationships — users following users, users recommending posts, or users editing collections, to name a few common examples. Using a graph database also makes our queries simpler: we don’t have to do any complicated joins or other query wizardry.

Medium chose Neo4J due to its open-source roots and its community. The size of that community is evident in the downloads for the database. Neo4J 2.0 has had more than 500,000 downloads since it was launched last year.

As I wrote in TechCrunch last year, the 2.0 version gives developers the ability to create their own recommendation engines using visual guides and simple queries. Cypher, the query language, was updated and streamlined, making it more accessible to business people. It also now supports labels that refer to subsets of nodes in a graph, introducing a form of schema into the technology. This means that the data can be indexed better, allowing the developer to tell the database more about the data.

Again from my TechCrunch post, “traditional SQL engines are not meant to collect data and seek out relationships. They are instead designed more for transaction-oriented systems. Graph databases handle the loads with far more ease as they model, store and query the data. Everything is connected. A relational database will often deteriorate in performance over time as the data set grows. It may be a result of joined tables or queries that rely on joins. This can make it quite slow as opposed to a graph database that is densely connected and easily queried.”

Forrester Research projects that graph databases will reach over 25 percent of all enterprises by 2017.