Virtualization software giant VMware has hired Alex Ellis to work full-time on his project, the OpenFaaS serverless software, at the company. Previously, he created and worked OpenFaaS during his off hours from his day job as an application developer at ADP.

Elsewhere at Dell, which owns the majority of VMware, things are not so good for open source. The company just dropped its {code} open source initiative, which brought a number of vital technologies to the cloud-native open source space, and supported many others.

Ellis will join VMware’s Open Source Technology Center (OSTC), VMware’s incubator for developing and supporting open source technologies. “This option makes sense because I will get to retain control of the project and the brand while collaborating alongside other Open Source leaders with expertise in the containers and virtualization field,” Ellis wrote in a blog post, Monday.

OpenFaaS extends the concept of a serverless service, initially made popular by the Amazon Web Services’ Lambda cloud service, that offers the ability to execute code, a “function,” without a supporting infrastructure of servers. Unlike Lamba, which can only support a small number of languages, OpenFaaS can be used to package any code as a “serverless” function, through the use of containers.

OpenFaaS began as a side hack for a project that Ellis was working on to make use of his Amazon Alexa voice service. He had a Raspberry Pi running multicolor lights on a Christmas tree, which he wanted to control by way of Alexa. Ellis found the prep work to be tedious to run his code on Lambda though — every change required repackaging the code, along with a Node.js instance, into a zip file that would then have to be uploaded to Amazon. Instead, Ellis packaged his code in a container that would be managed by Docker Swarm and switched out the endpoint from Lambda to an HTTP call. 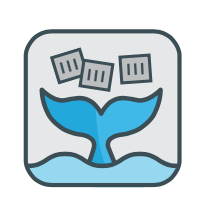 VMware, a leading company in virtual machine technologies, has been investing in serverless technologies of late, which minimize the use of VMs at least at the enterprise level. The company recently started work on open source Dispatch, a framework to provide enterprise features on top of existing FaaS implementations such as OpenFaaS, Riff, and OpenWhisk.

The privately-owned Dell currently owns about 80 percent of VMware, acquired as a part of Dell’s 2015 EMC acquisition, though the Dell board of directors is mulling a reverse merger, in effect making the publicly-traded VMware the parent company.

Dell itself has pulled the plug on its own open source initiative, {code}, according to a company spokesperson.  The {code} program gave birth to a number of technologies for the cloud-native space, such as REX-Ray, the first stable, working model of the open source Container Storage Interface (CSI).

The Dell spokesperson, in an e-mail statement, asserted that the {code} work will be continued in other Dell product teams:

“The {code} program continues within the Dell Technologies marketing team, with ongoing investment in REX-Ray, the group’s Slack community, and participation at various open source and developer community events. {code} was a bootstrap team founded a few years ago to advise on open source best practices, when DevOps was an emerging trend for customers. That product-level work is now integrated into the business and driven out of Dell Technologies product teams.”

The Dell spokesperson did not give a reason for the closing of the {code} program, nor indicate if existing employees would be re-assigned or laid off. A number of employees of the project, however, have made it known on Twitter and Slack that their expertise is now available for new projects. The last day for the program will be March 2, according to an unnamed source close to the project. 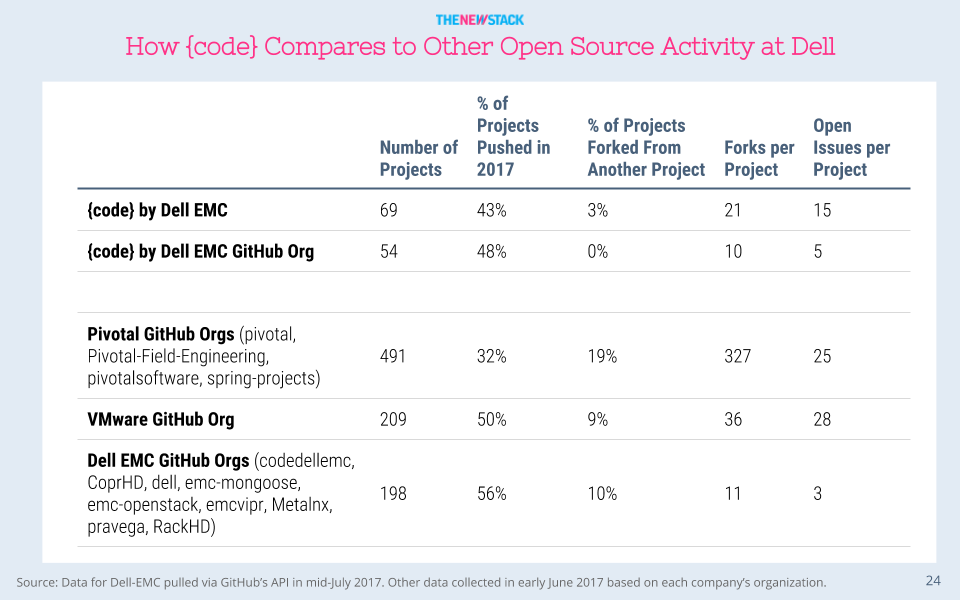 Though it remains in solid financial shape, Dell is experiencing a number of fiscal challenges. Sales of EMC enterprise storage gear has flattened as more customers move to the cloud. Also, it expects to take a hit from the recently passed Tax Cuts and Jobs Act bill, according to CRN. That new U.S. law severely limits the number of interest payments the company can write off from its $67 billion 2016 acquisition of EMC. It is these factors, industry analysts speculate, that is motivating the Dell board to consider a reverse-merger.

The {code} project, started in 2014, aimed to foster new open source projects, many originating within Dell itself, with an eye towards integrating these projects in the larger open source community. Storage was an initial focus, though the team quickly moved into other aspects of enterprise open source. The group also supported well over 100 external projects as well, including many cloud-native technologies such as Kubernetes, CSI, Envoy and GRPC.

{code} and VMware are sponsors of InApps.